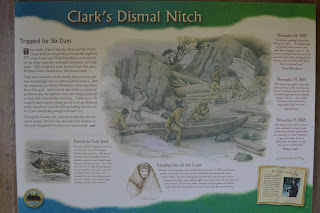 Imagine it's 1805, you've been on an expedition across the continent of America. Your fresh food has run out. Your clothes are rotting off your back and you are traveling as fast as you can down the Columbia River to meet one of the last trading ships of the season. You have an unlimited line of credit from President Jefferson and plan to refill your stocks soon. This is the situation the Corps of Discovery found themselves in that November 1805.
Instead, they ran into some of their most treacherous moments. A fierce Pacific storm pinned them to this small, rocky cove that is little more than jagged rocks and steep hillside. Capt. William Clark described the spot as "that dismal little nitch," and the name stuck. For six days the Corps was trapped by fierce wind and high waves.  For only the second time in the expedition Clark wrote he was concerned for the safety of the corps. He also wrote,  “A feeling person would be distressed by our situation.” They were in danger of floundering within a few miles of their goal - the Pacific Ocean.


The storm broke, they missed the trading ship but reached their goal.  They moved on to Station Camp and then to establish a winter camp among the Clatsop tribe. You can read more about this incident here. 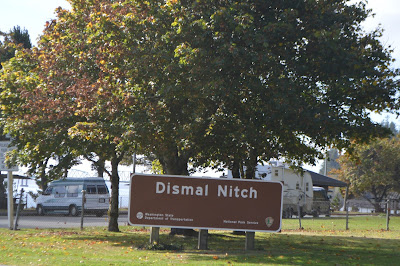 This is a beautiful little rest area now.  On this sunny day it was hard to imagine the danger the Corps of Discovery faced. The scenery is beautiful as you look across the Columbia River into the state of Oregon. Eagles nest nearby and sea lions and seals chase salmon in the waters below. Quite a few stopped to read the informational signs along the walk. 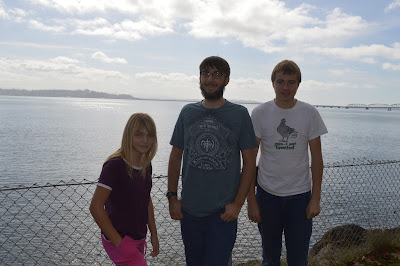 We declared we've seen Washington now. We'll go ahead and put the sticker on our map.  I look forward to future trips - we've just scratched the surface. It's time to move on to Oregon. 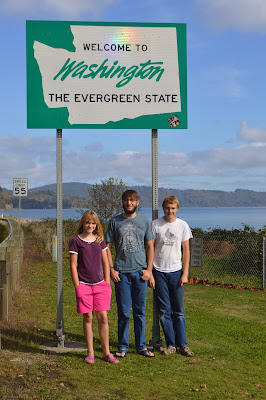