The week has flown by. In retrospect, the week divides naturally into projects, school and fall.....so I will do three or four posts and be caught up.

Projects continue - always. Michael has been wanting to fix the screen door from the dining room to the deck. It was more involved than first thought. 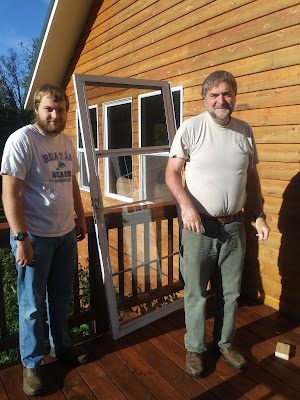 The previous owners had sealed this door. There was no deck. When it was unsealed the door had some rust on it, and the paint was in bad condition around it. Alex and Nolan scraped and sanded the paint from the door frame. 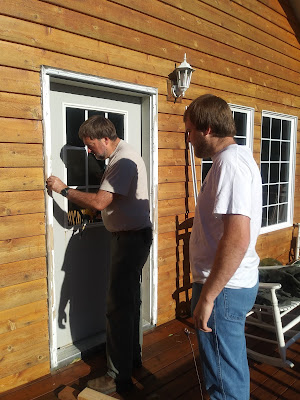 Michael gave it the first coat of paint.... 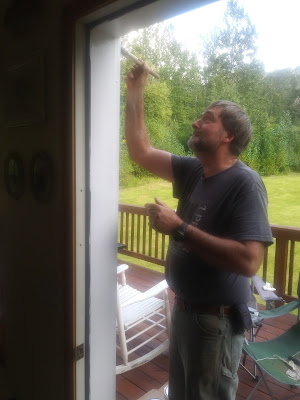 We didn't look at this home as carefully as we did our first three choices....we didn't expect to buy this home. That isn't bad - but it does mean we are finding things we didn't notice on our trips through the house. One of those things is the fact there were SEVEN different colors of fixtures/knobs/light plates in the master bathroom.  It was awful....We've changed knobs to a color that matches this faucet, which matches the towel racks and toilet paper dispenser (none when we moved in - now hooks for towels, two towel bars and a dispenser)....we did not change out the tub/shower fixtures - but the curtain hides them most the time. We still have the lights to do in here......but....Michael got the last of the fixtures changed over this week..... 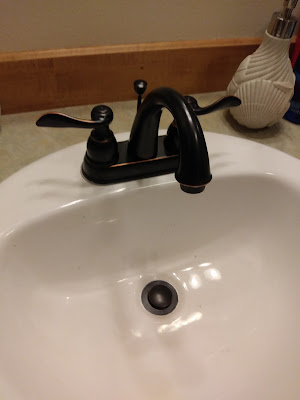 Which led to more trips to Spenard's and Lowes as he needed to replace the plumbing under here.... 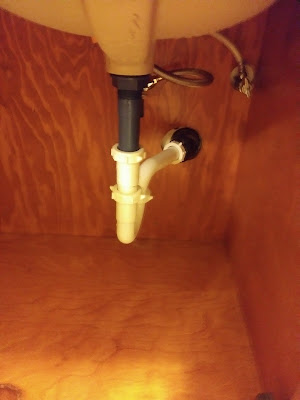 When the plumbing company came to suck out the sewer we noted  3/4 of the clean out tubes had been broken - either mowed or driven over. Michael got new, colorful ones and they are installed...easy to avoid with the mower and easy to find in the snow. 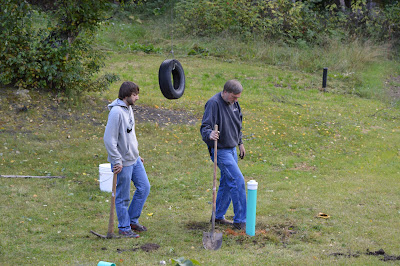 Cory, Michael and the boys went to Anchorage and came back with a stove. Michael has been living on Craig's list and found this NEW - no soot, no fire marks at all Osburn, woodstove for $350. SCORE. 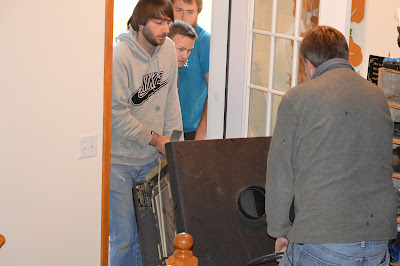 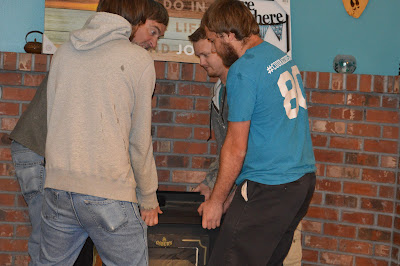 Michael and Cory replaced the glow plug in the downstairs oven. They also replaced the hinges in the upstairs oven - our warranty will cover appliances but not the knobs or hinges which both needed repaired. We are still waiting for them to come do the work they will cover......the repairman says 2 - 3 more weeks. I am used to cooking with two burners and guessing oven temps - so we're doing fine. 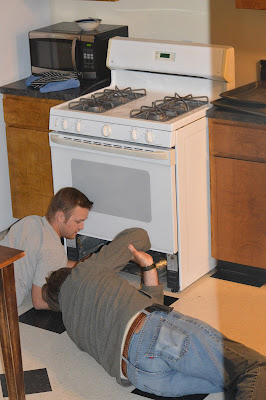 These photos could be school OR projects. Alex spent an hour each day hauling up chunks of wood the guys had cut down......and splitting it. Michael's doctor said exercise is anything that elevates your breathing. This counts for P.E. 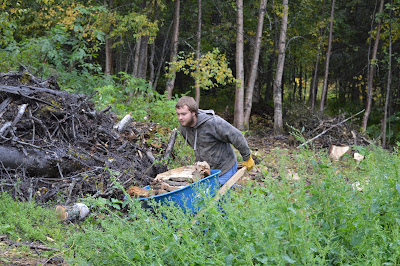 He was excited to do the last wood on Friday (the 15th). 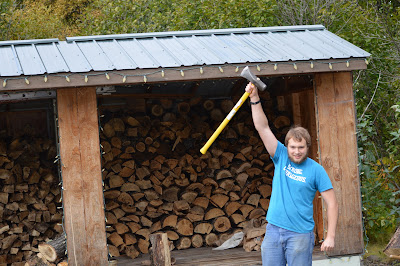 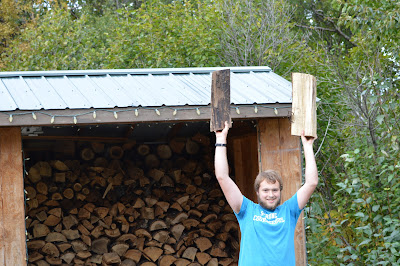 Unfortunately, he mentioned his accomplishment to Michael, which led to cutting down two more trees on Saturday. 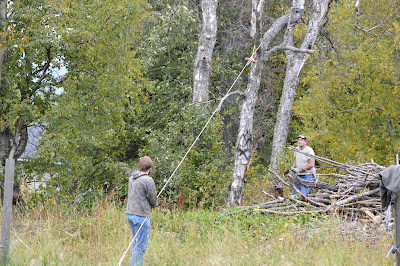 The door got a final coat of paint. 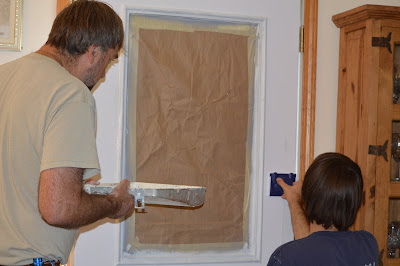 None of these are giant projects, but taken together we are making a dent on the repair list....one project at a time.  We really wanted the retaining wall and a downstairs walk-way in before winter. I don't see that happening. We need to buy the  insulation for BreZaak to put around the RV.  I still dream of a hot tub - even came up with a solution - but no  one seems to remember how cold it gets during winter as well as I do. 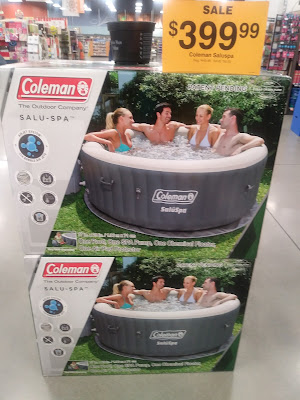 Pretty sure they are sold out now anyway - it's been a week since they were clearanced. LOL