Michael spent hours preparing our church's entry in the Colony Christmas parade. While the girls and I explored the downtown festivities, he put concluding touches together.

He took the float apart, laid it flat for travel, and ready for quick reassembly at the staging point. John came over and off they went. 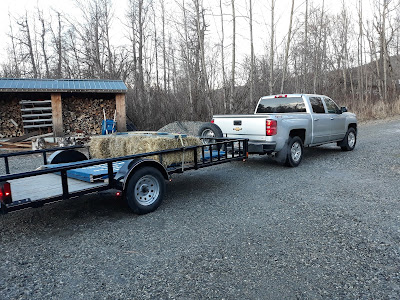 Pastor added lights and sound at the staging point.... 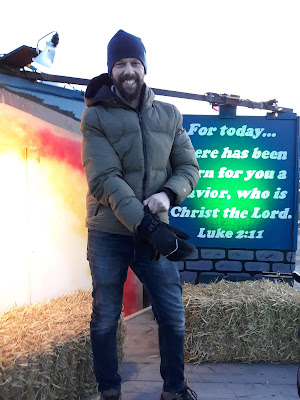 Josiah came out to participate. 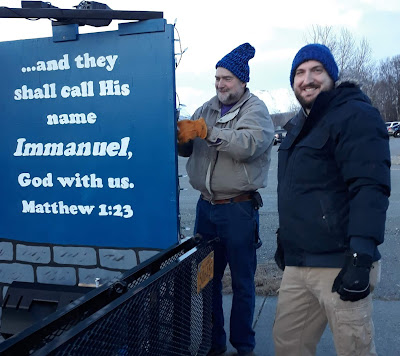 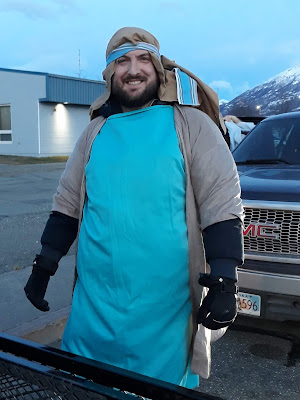 Alex got off work and met the others.  Our early sunsets make for an easy light parade....the wind....adds a special touch of cold to the ancient Biblical scenes. LOL
No! Dad did NOT walk the parade route. He WAS a vital part of the activity. 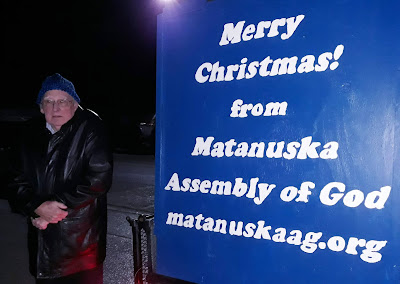 John and "Grandpa" rode warm and safe in the truck pulling the float, followed by the rest of the characters from the Christmas story.....shepherds, crowds, wise men, and even a couple of sheep and calves (kids). 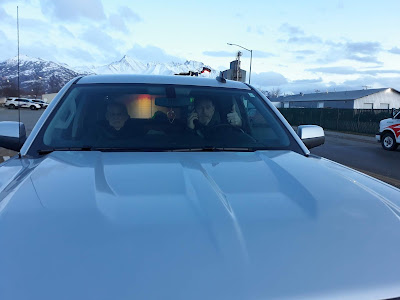 The float was the same on either side of the trailer....we had two sets of Mary, Joseph and Baby Jesus riding - so people from both sides of the road could see the message. 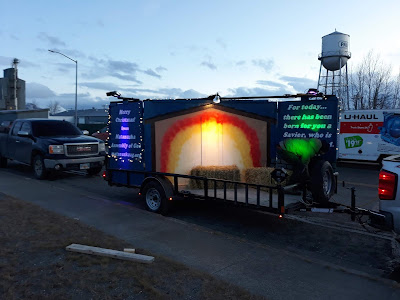 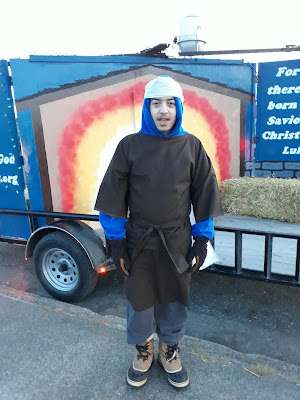 I love Yasinta and George - and that's Krista in the background. 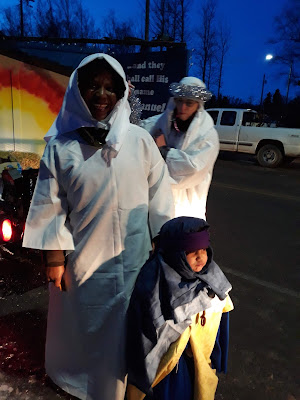 Michael organized the mechanics of the float. Krista organized volunteers and costumes. 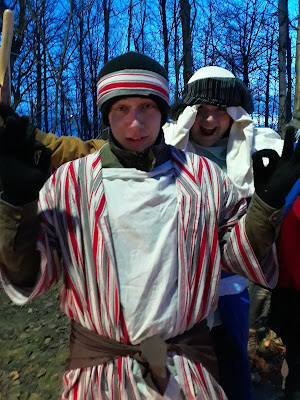 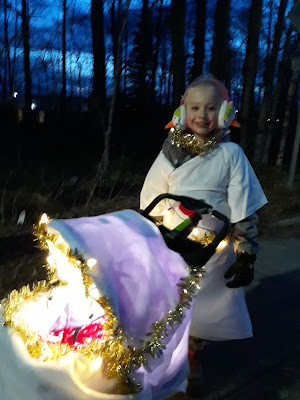 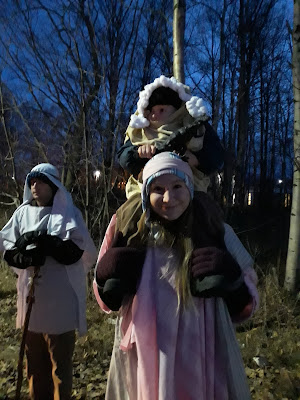 Alex and Stacia on one side. The straw was supposed to be spread on the trailer...but the wind caused a change in that plan. LOL
Elise and Aaron held court on the other side of the trailer. 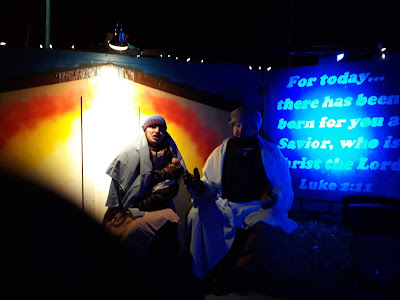 All costumes had to fit over winter gear. 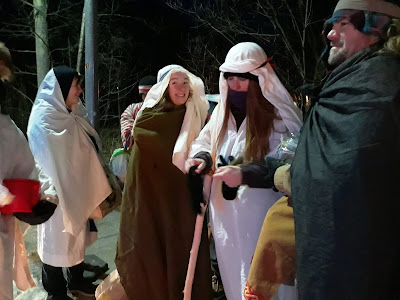 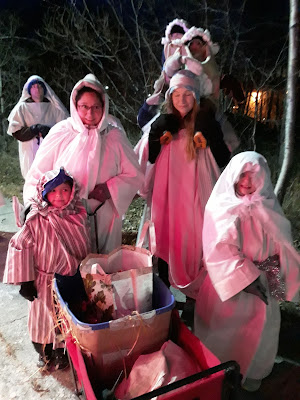 Josiah carried one of the little lambs or calves throughout the parade. 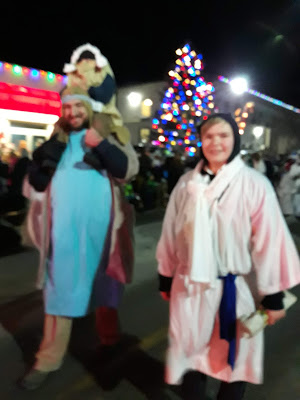 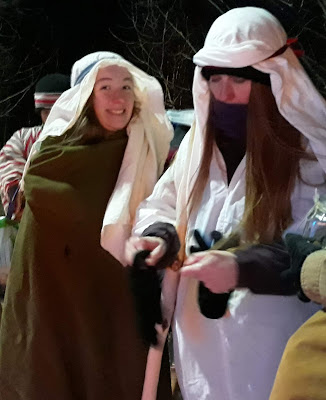 All in all it was a success. It was fun for our church community to be a visible representative of His presence in the midst of a fun community event. Last year there were very few nativities and lots of Santa's and elves. This year five or six churches entered nativity floats....it was a good addition.  We learned we need more candy....much more candy....and a way to grab it while wearing  winter gloves.   We had nothing to do with the obnoxious church yelling about fake Santa's at the judging....in fact, Saint Nicholas is a historical figure.