Dad saw the oral surgeon today. I KNEW this was going to be a hot mess, but his primary doc was sure it would be simple. Not so much. The oral surgeon won't extract dad's infected teeth unless the heart surgeon gives his approval - IN WRITING. He is worried about dad bleeding out, he doesn't want to use IV Sedation as dad had much trouble waking up, AND Dad has afib so he worries about taking him off the blood thinner.....oy vey.  These are the very concerns I raised BEFORE surgery and again when Dad began complaining after surgery. It's hard to know when something is serious with Dad. He doesn't complain, then he does, and then he swears it doesn't hurt when I get an appointment. I've told them a better gauge to his pain is to observe HIM, rather than trust his memory or expect him to choose a number on a scale. He is grabbing his jaw when he eats, he winces, he's losing weight - it hurts - even if he insists it doesn't. If that isn't enough the crown fell off, he pulled part of a tooth as it was hurting him, and he  lost  part of a tooth at dinner the other night.  "Yes, he's symptomatic." LOL

Something has to be done. Something should have been done years ago, but Dad said he didn't want to spend the money then....I'm managing his money these days and I just tell him, "You have enough." ::wink:: 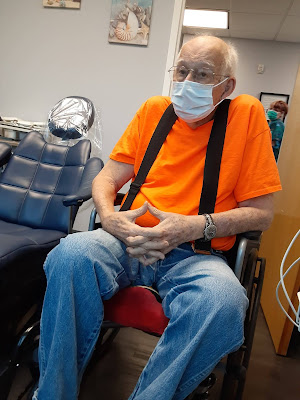 We were pretty proud of doing our first solo trip with the chair.  We grabbed a couple of drinks at our favorite cafe when we picked Stacia up from work. She took this photo of reindeer lights seen through her 3D glasses. LOL 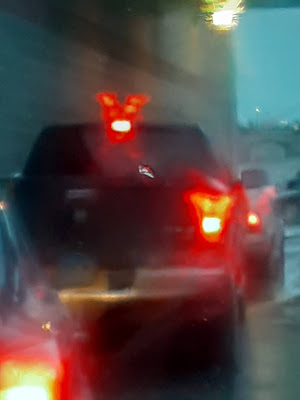 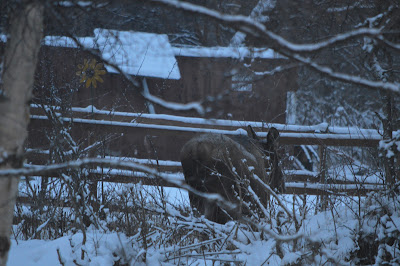 Michael and Nolan fixed our woodstove. It was smoking. I'm not sure what they found - but it will be nice to have warm feet and hands again. 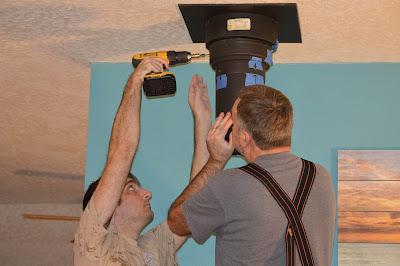 I wrapped gifts for the grands. I'm trying to clear my closet. 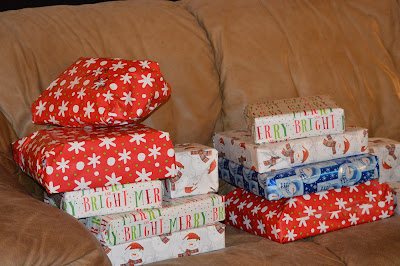 We're working to establish a new routine...one with quiet time, workout time, caring for Dad's needs, Stacia's needs, and a bit of fun worked in too.....we'll get there.