Playing with The Boys

Little Buddy* spent the weekend with CoRielle. I cracked up when Danny promptly displayed the tricks Little Buddy had taught him. He pulled the toy stool over to the counter and got into the toaster. Previously, Danny had not discovered he could reach light switches, dead bolts and kitchen appliances by simply dragging the stool to the appropriate place and climbing. It didn't take long for him to catch on. 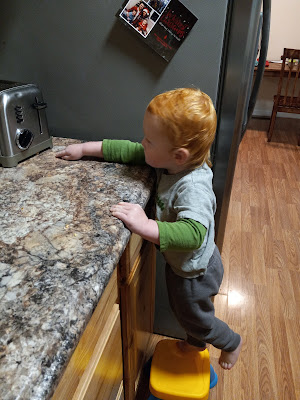 I believe Little Buddy is 3 weeks older than Danny. It's going to be fun to watch them grow up.  Danny was happy to cuddle and read books today...until Benny was attacked by a giant dinosaur. 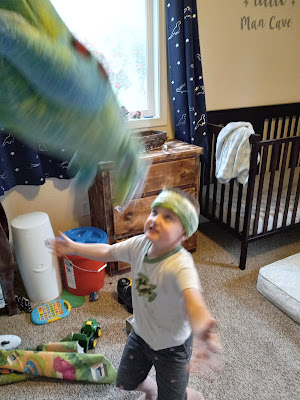 This game involved a giant dino eating his face, while he beat it off...and then he and I running while yelling all manner of attack things from one end of the house to the other. What else can you do when it's yucky outside? 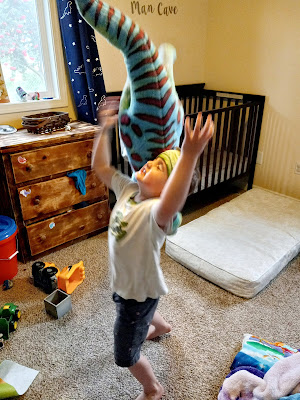 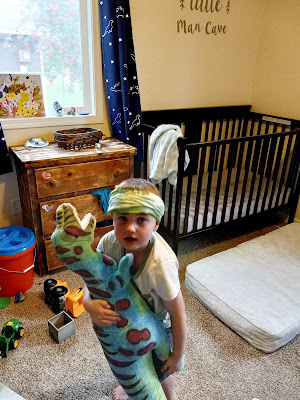 After the first couple of rounds of this rousing game, Danny opted to play a more sedate game. 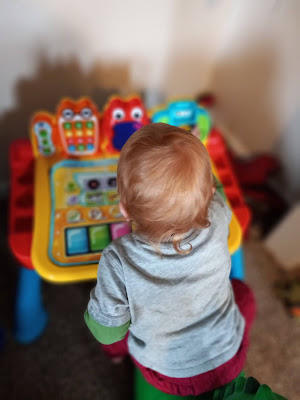 Arielle and I brainstormed how we will ease Little Buddy into the Tuesday morning routine. The church will give her leeway during the transition to miss staff meetings. The first few weeks I (and possibly Stacia) will go over and play with them while Arielle stays home. Then we'll try a few quick exits where she is gone 15 - 20 minutes and comes home.

Thank you for your continued prayers for Little Buddy, CoRielle and the boys as they step into this season.

Little Buddy is the online name we will use for C until his adoption is final.