We decided to drive by our other favorite, nearby park - Swan Park - after we left Liberty Park.  We found lots of promise of Cherry Blossoms here too. We are going to HAVE to find time to visit parks this week. LOL 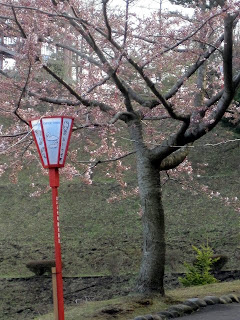 Zander ate most the food at the first park. There were food booths here too. I'm not sure if this is common in the spring/summer or if it is because of Golden Week. I suspect the later. We bought more yakitori - cooked this time and they gave me this. I haven't a clue what it is. I tried it. First, they patted their stomach. Then they patted the skin under their upper arms. I asked if it were fish, pork or cow...no....it's something that starts with a C.....it was free, we tried it. We're still not sure what it was. *See note below. 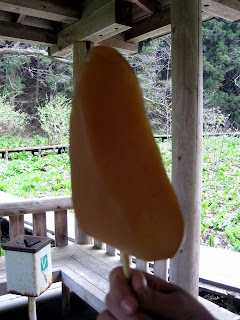 Jared Tastes Japanese Mystery Food
As we looked for a picnic spot, Jared remembered visiting the park with Nate and that there was a nice gazebo in the middle of the Water Lily park. When we'd visited before, it was all covered in snow, but we could tell what it was from the signs. 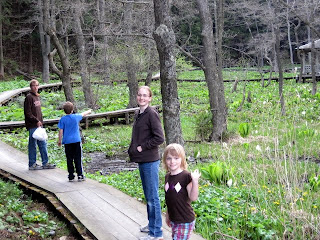 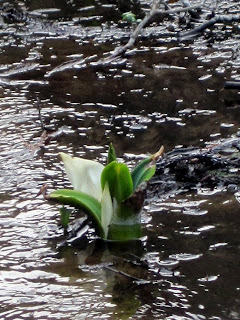 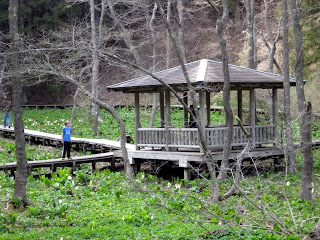 These were GREAT. Sort of a corn bread outing covering cheese.....corn dog without the dog. LOL 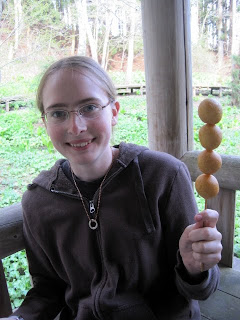 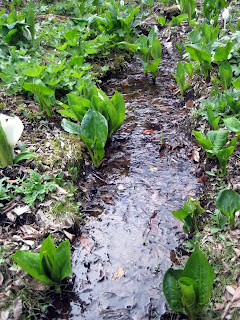 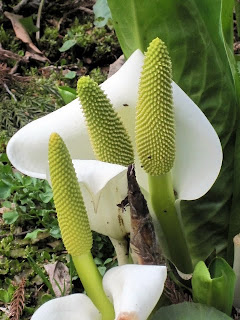 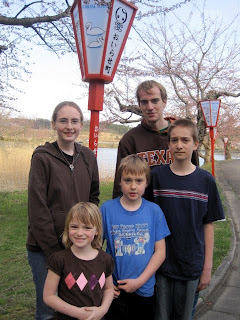 Misawa is beautiful in the spring......
*Kim reports the mystery food is konnyaku. (WHICH IS WHAT IT SOUNDED LIKE!) It is made from a bulb of a plant called devil's tongue. Another word for the flour is "konjak". It has no taste. It comes in many different forms - some look like noodles. And no calories.  (THIS did taste - sort salty/fishy - but it was marinating in something...).
Choosing Joy!
©2010 D.R.G.
~Coram Deo~
Living all of life before the face of God...

Joyfully Penned by DeEtta @ Courageous Joy at 2:08 AM

Such beautiful scenery there!

Jared is brave to try. That looked less than tasty

i lobe u jun

Kim - yes - Ko was at the start...and they told me "no calories" (yeah....well I've decided man needs some calories LOL)....WHERE do they get the collagen to make this....or how. Please do ask Ryu. We kept pantomining and everyone was trying so hard to help me understand....first she said "sa........" and so I thought that was the name - then someone who had walked up said, "No, she means this is a gift." So we bowed and made proper comments...but still have no clue what it was.

No calories with a Ko is probably konnyaku. It is made from a bulb? of a plant called devil's tongue. Another word for the flour is "konjak". It has no taste. It comes in many different forms - some look like noodles. And no calories.