Adventures of the Bug Kind 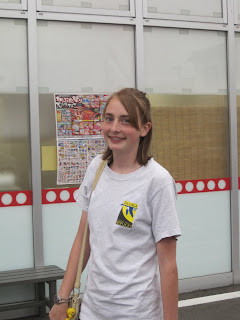 Sometime during VBS week, Arielle got 10 bites on her ankle.....she itched, hurt and swelled. She began limping. She needed Benadryl...but we had NONE on base...unless I took her to the ER (as there were no appointments left at the clinic). I refused to go to the ER for a prescription  for Benadryl.

The Japanese clerk at the BX suggested I take Arielle to Happy Drug and let them see her leg....which I did. We've been told not to go to Happy Drug...but I figured they would know what to do with her leg better than I. They did. They gave us some cortisone....which I'm not sure helped....but it was rather fun for Arielle and I to watch the response at the pharmacy. 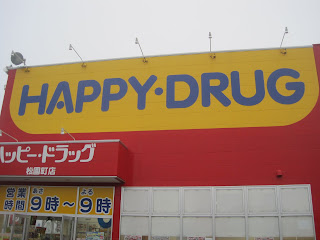 Akikosan helped us read the directions......and the next a.m. a friend who is a nurse and had 3 Benadryl tables left gave them to us at VBS. Can you think of a sweeter gesture....I can. She showed up at the PWOC board meeting this week with a whole bottle. We're  set for any more buggy adventures. Yes, I will try to buy an extra bottle or two when I'm in the states next.

Joyfully Penned by DeEtta @ Courageous Joy at 3:58 AM

That Javanese store really has big board