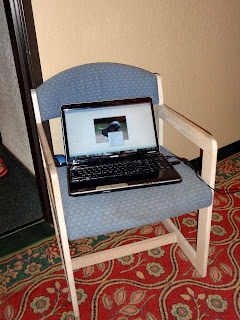 What is wrong with the above photo? No Internet in the room - yes I DID tell them on Saturday.  We had to decide today if we were going to spend eight more nights here or move to the award-winning hotel I love across the highway. ::snort:: Michael doesn't complain about hotels; but said he was ready to move. We decided to try to talk to the front desk. We really wanted a room with Internet, one without a moldy shower curtain...and I was so embarrassed but told her one room smelled like cat urine and the other like wet dog. I told her we were trying to decide if we should stay or check out. Turns out we were on the PET FLOOR. It was NOT our imagination. She offered us keys to four rooms to check out on another floor. We found two, side by side....two chairs in each room, microwave in each room....AND they smell fresh....no mold or pet odors, Internet in the room.  We stayed - it IS almost 50% less than the other hotel. (We don't NEED a hot tub and I can do laundry elsewhere).   As we left the hotel the front desk told me  an access point for Internet has been out and there was NO Internet - just like we'd been saying. ::snort::

We headed to Marie Calenders to have lunch with Mom G and Mom and Dad T. Turns out our messages weren't reaching each other and Mom G had a dental appointment over lunch.  I have committed to finding a recipe for Michael's favorite at Marie Calenders - Artichoke Mushroom Chicken 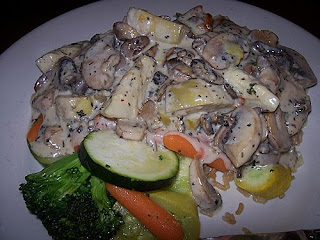 We were SO close to Valley River Center.....Krista suggested she take Arielle and I over. Michael and the other kids went to Rebecca's to see if they could catch up with Mom G.

We only stopped in a few stores but Arielle found a pair of shorts and I found a couple of summer shirts. I plan to take the kids shopping at Target before we come home. 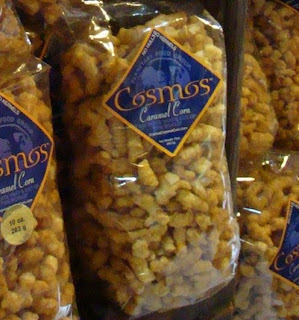 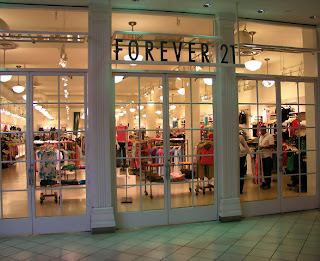 We caught up with the rest of the family and enjoyed a nice visit with Mom G.

We then zipped over to the cheap theater and met Bre (done with work) and Mom T. We watched Pirates Band of Misfits - in 3D.

Krista has picked up eight more hours a week of teaching English to Koreans. She had a job interview this a.m. and was notified this afternoon she was hired to be a new librarian at New Hope Christian College.  She headed home to sleep - those English classes are at strange times due to the time differences. LOL

We swung by the deli and took dinner to Mom and Dad T's to enjoy. Dad had been tantalizing us with tales of watermelon. 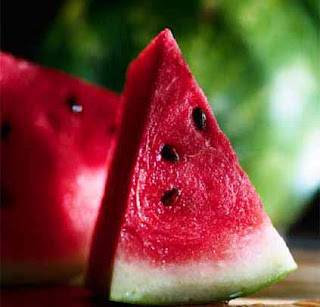 There was also ice cream for those who like that better. We enjoyed another visit with Mom and Dad T and Bre....good times.

congrats to Krista on the library job.
Does she teach English online? I know that many spouses taught English in Seoul - some families even 'adopt' American families and take them to dinner, vacations etc so they can practice English

Yep - they use webex and she teaches Korean children (?) English.