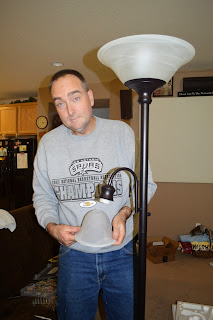 Today is Jared's 20th birthday! He's had quite a year! He's currently working two jobs and preparing for the winter/spring term of college. I hope he found a bit of time to celebrate the big 2-0. Of course, if this is Jared's 20th...it can only mean this is my birth month and I'll be turning the big 5-0. ::snort:: I mark my age by Jared's age +30.

The house is strangely quiet with only three Gherkins home.  We had no  BIG happenings today. We cleaned out the hot tub. I worked out. I updated the blog and made little graphics with our "words of the year."

Michael and I had lunch at New Earth. It was a fun spot to sit and visit in between a Sam's and Target trip. I did find they have hard red wheat berries for much less than Whole Foods Market in Roseville. We were on the hunt for lamps....and we found some. We couldn't believe they were NOT a matching set! The had the same code number, same box and description, same price -but  different lamps....though similar. We kept them.  The two lamps light up the family room and will provide much needed reading light - though they are officially called "task lamps" these days. ::snort:: 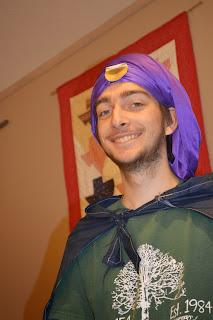 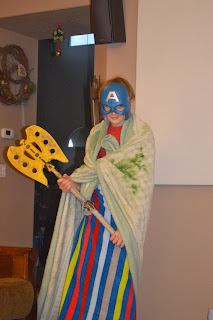 These three decided the day called for dressing up. The boys are doing their best to keep Stacia occupied.  They're good big brothers.

Yes, that IS my wedding bouquet and veil - though it's not my dress. LOL


Michael spent the afternoon working on the finishing touches of his sermon. It will be interesting to see how the text he told me will lead to the Chapel's theme for the year.

Stacia has filled much of her day sorting "rubber bands" for her "bandaloom."  She has spent HOURS getting all the little colors separated....and just now she decided to throw them all together as it will take far to long to sort. ::snort::

Michael came out of the room, geared up for a war. He had Zander bring all his army men and animals downstairs....they set up battle lines and catapults. 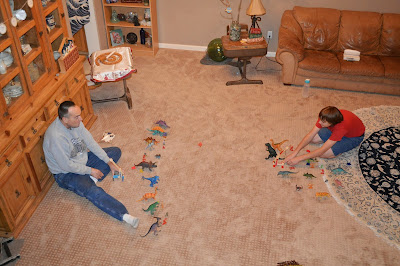 They moved on from catapults to Nerf guns... 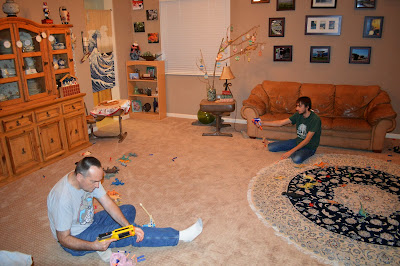 Meanwhile in Oregon - it's wet and cold - 35 degrees. Sunny and in the 60's here. Krista and Arielle thought it would be great fun to go geocaching. They chose one with twelve puzzles to solve and then the caches....at one point they decided to walk in to a hotel as if they belonged and warm up. That's my girls! 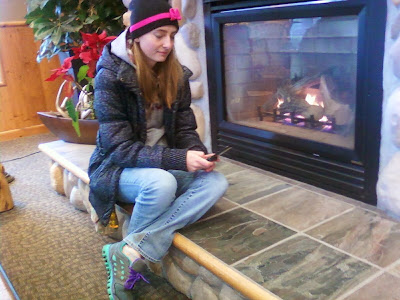 We are enjoying the photos they are sending. I had told Arielle to be sure to text me at least once a day. They are going one better. All that rain IS making it pretty and green in Oregon.
We needed a lazy day - we had one. Tomorrow we'll get busy and get some things done - maybe.