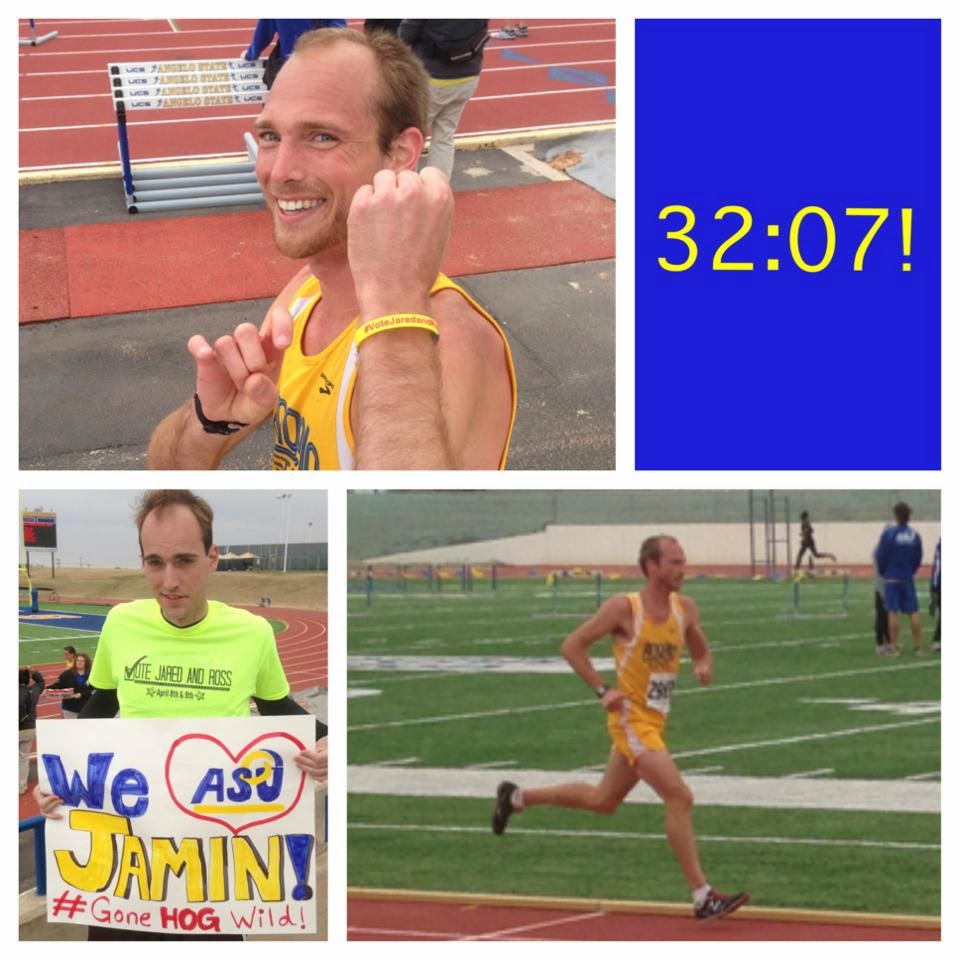 Look who did it! He broke the ASU 10K men's record on Saturday....in 30 mph wind.....with a pulled muscle. We are so happy for Jamin. He's worked hard to do this. I believe he'll be running one more 10K this track season - he may break it again! The yellow band Jamin's wearing is a "Vote Jared and Ross" band.

It was great fun to have friends at the meet and Larissa sending photos as it happened!

Here are a couple of photos from Doug! Thanks for all the free coaching/mentoring you've given Jamin over the years! 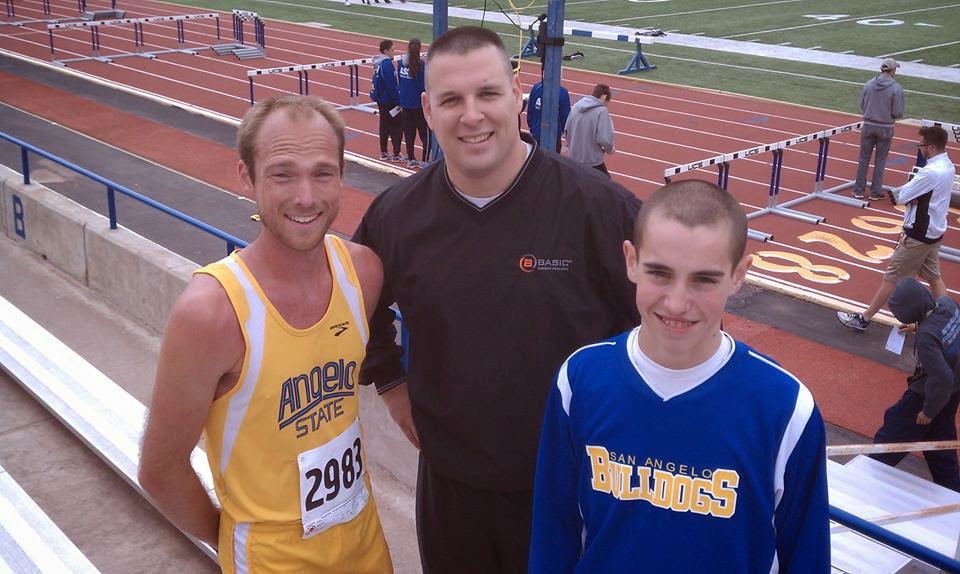 Do you like Jared's t-shirt below? ASU Student Government  Elections are over. There is a hold up on the results - they are told they'll have them by 15 April. We continue for God's very best in the situation.  In any event, these two smiles make my evening. 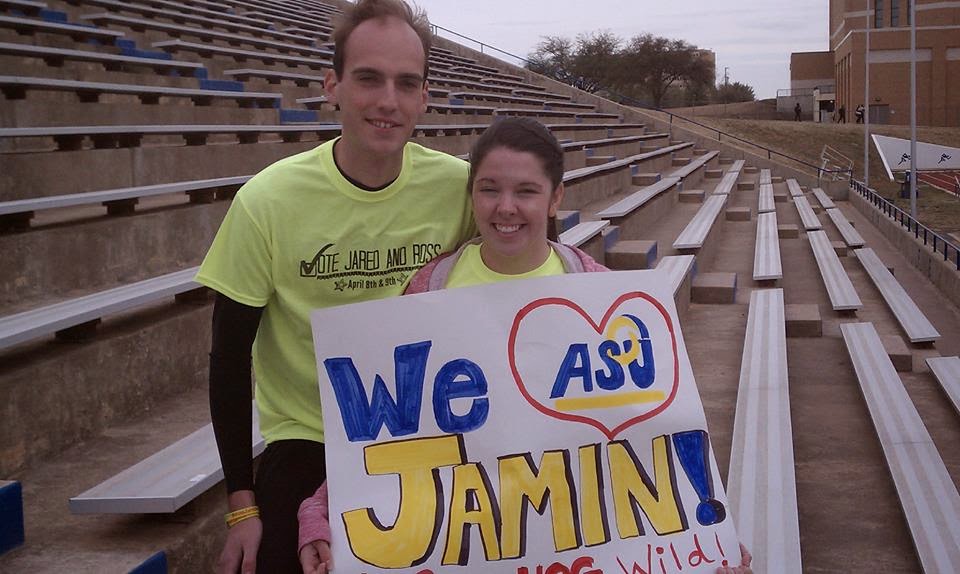 I don't fully understand Cross Country and Track. I know that he broke this record during the Cross Country season but it was important to break it during Track on the TRACK....so there you have it.
Choosing Joy!
©2014 D.R.G.
~Coram Deo~
Living all of life before the face of God...

awesome post. Jared looks so happy and Larissa (is that right) is a doll. l/p - mom t.

Sure wish dad/I could see Jamin run once....... he looks so great as he runs. love/prayers mom t.