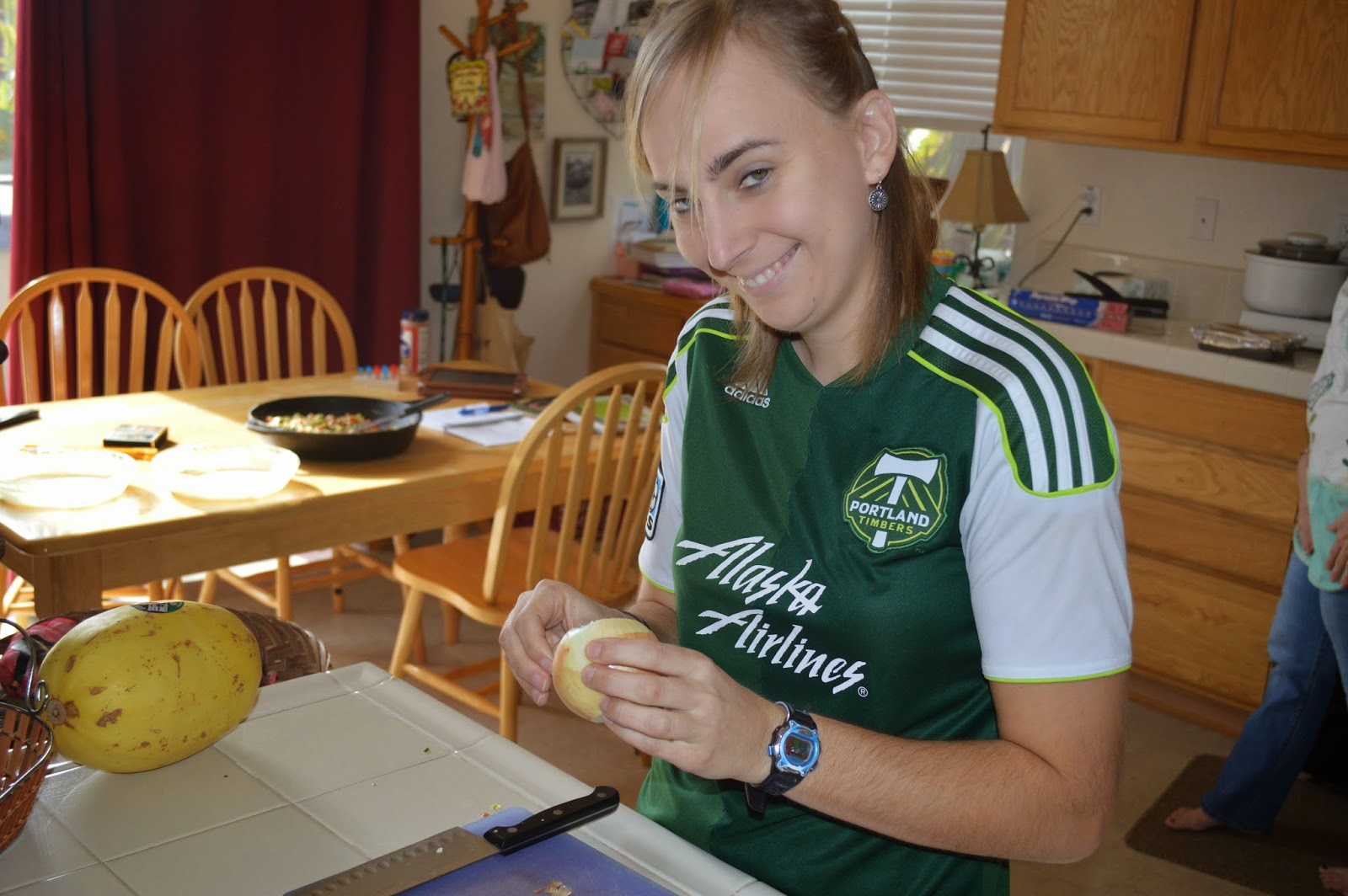 Imagine my SHOCK when Krista suggested, a couple of weeks ago, we forgo Turkey on Thanksgiving in favor of Veggie Pot Pie.  This veganized version of Country Chicken Pot Pie is one the whole family enjoys!  But for Thanksgiving?

Michael wasn't so sure. Krista shared the visit would be short and she wanted to spend it all with family time - not worrying about a big meal.  I think she envisioned a one pot meal.... 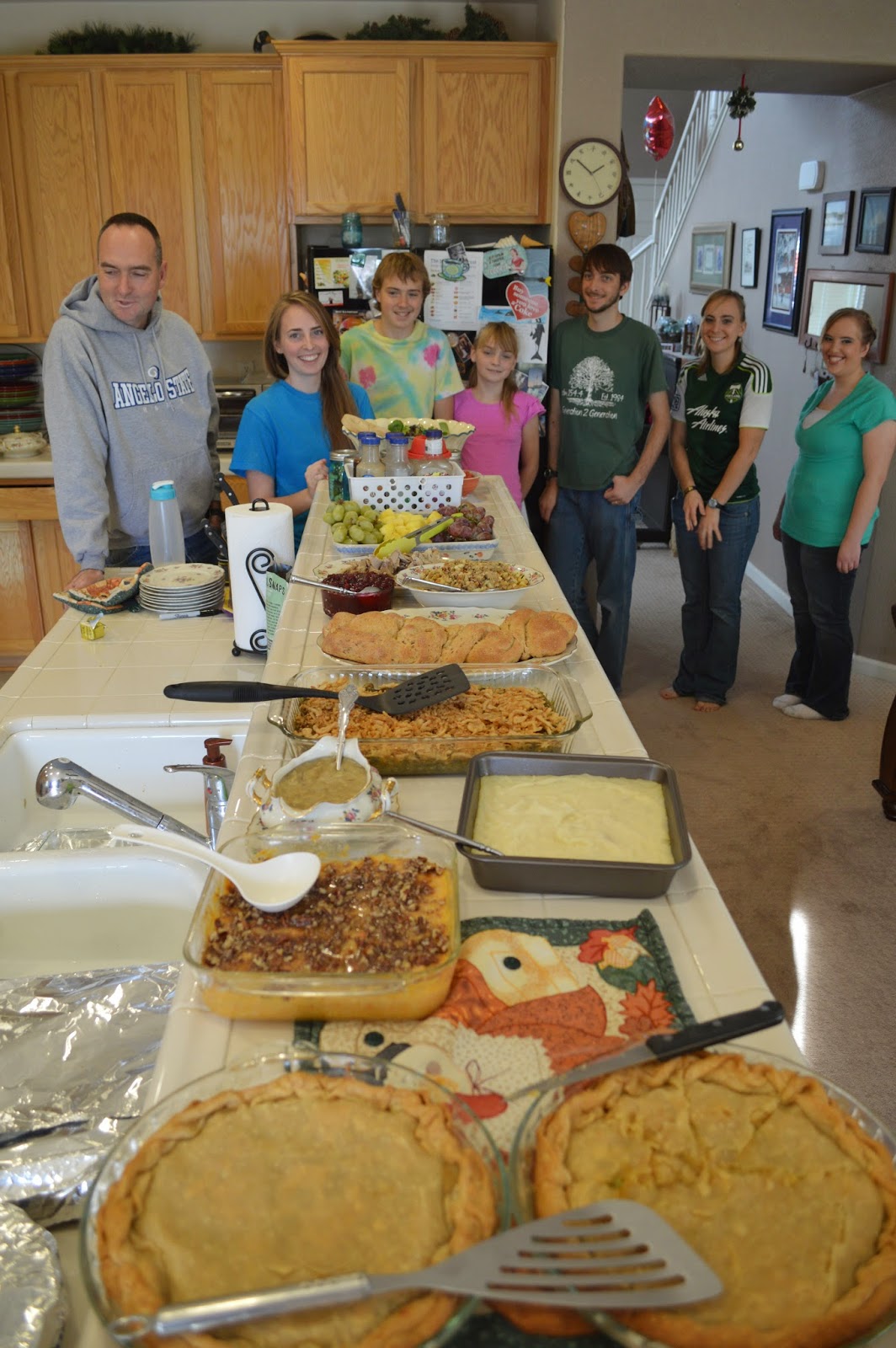 Michael suggested we ask the other kids. I was equally shocked when they all wholeheartedly agreed.  The discussion continued. I was fairly sure my parents would side with Michael. I offered to fix the traditional meal for  Michael - a late birthday gift - and I'd do it with joy.  In the meantime I discovered I was volunteered to bake a turkey for the chapel.....and there was a bit of leftovers....so I brought it home.

My parents were unable to come due to another MRSA outbreak.

Sunday, Michael agreed that heating  up turkey for those who wanted turkey would be fine...and I agreed to  fix the traditional favorites to go with the Veggie Pot Pie.  I have been making the traditional Thanksgiving dinner AND a vegan entrée for the past two years.  I sort of did the same this year...but it was funny to see that many didn't touch any turkey.   As always, the food wouldn't fit on the table....There it is - a totally plant based meal (except for the little platter of Turkey).

We all had a big laugh when we were setting things on to the China. The big platter was reserved for the freshly baked, whole wheat, braided loaf of  herb bread. The small platter had moist  turkey meat.  Honestly, making veggie pot pie is harder than turkey - though the clean up is easier...but I loved the sentiment. I also loved the comments about many of the new recipes I tried - the Thanksgiving flavor was present without the bloat.  I'll be posting recipes in the next days....
﻿

A few Random photos: ﻿
Before we could set the table we had to remove Stacia's sewing and various completed puzzles 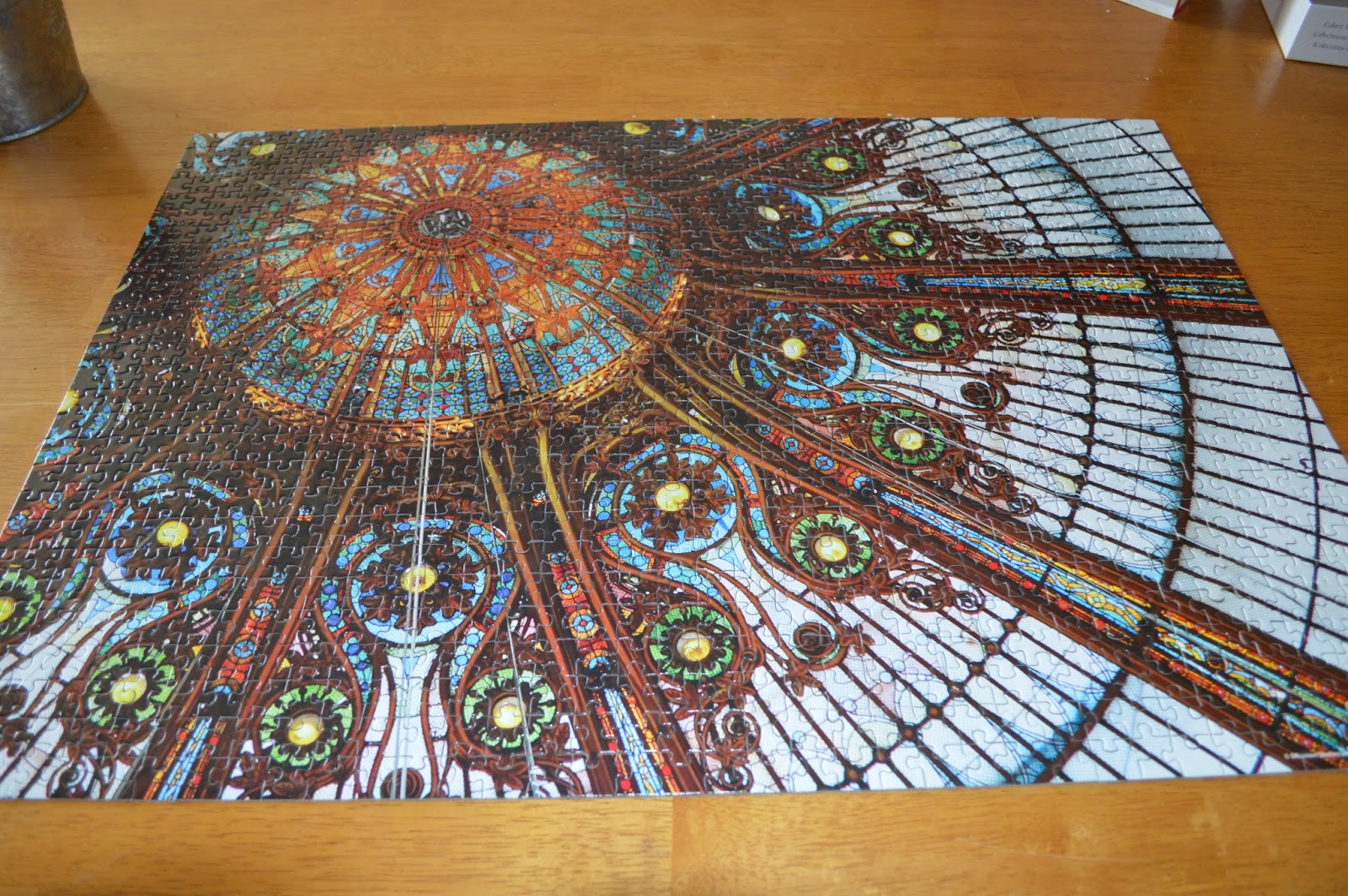 WHEN did our baby Arielle become a Senior?
﻿ 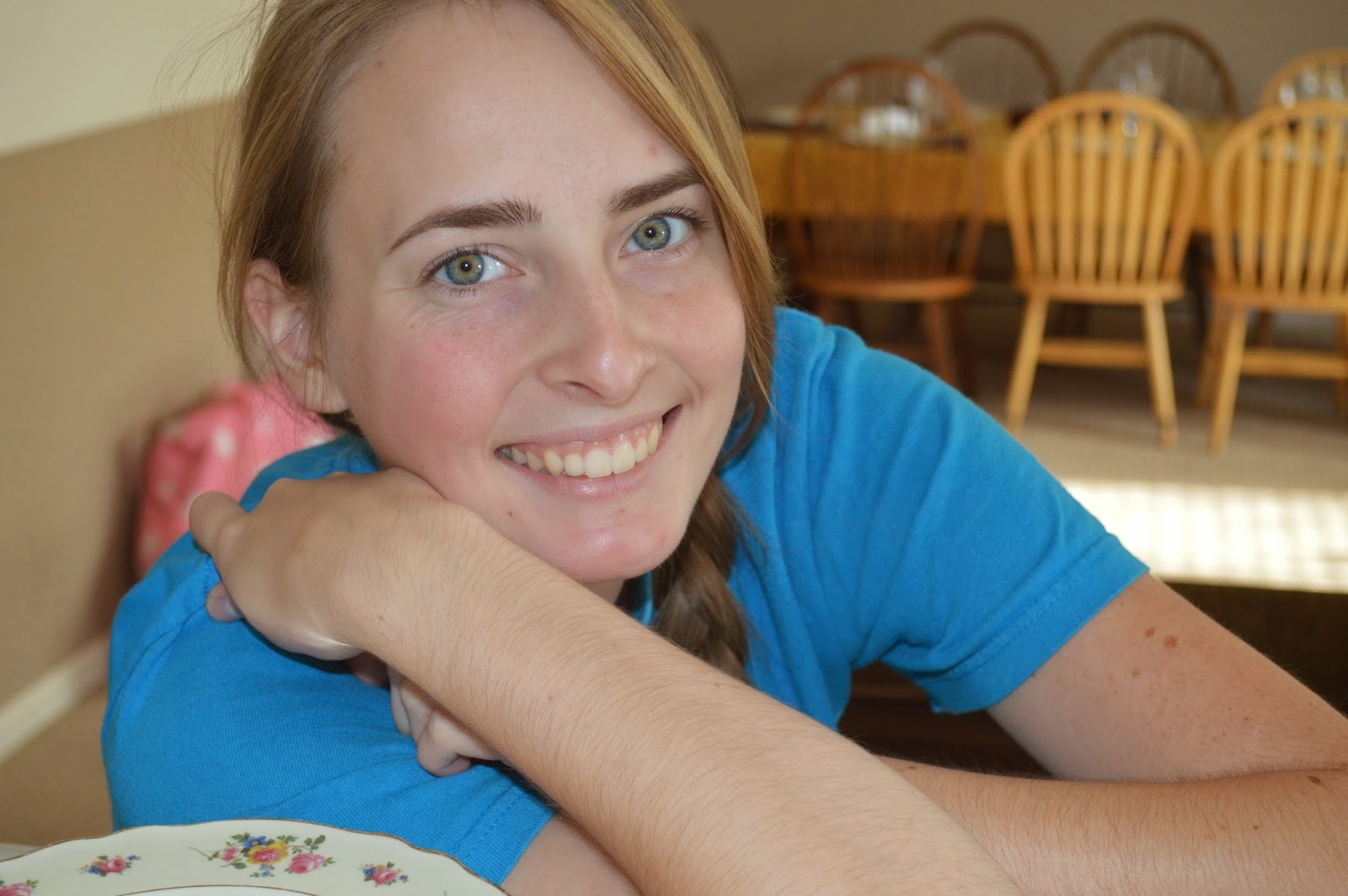 Camping in the kitchen worked well for Yuuki 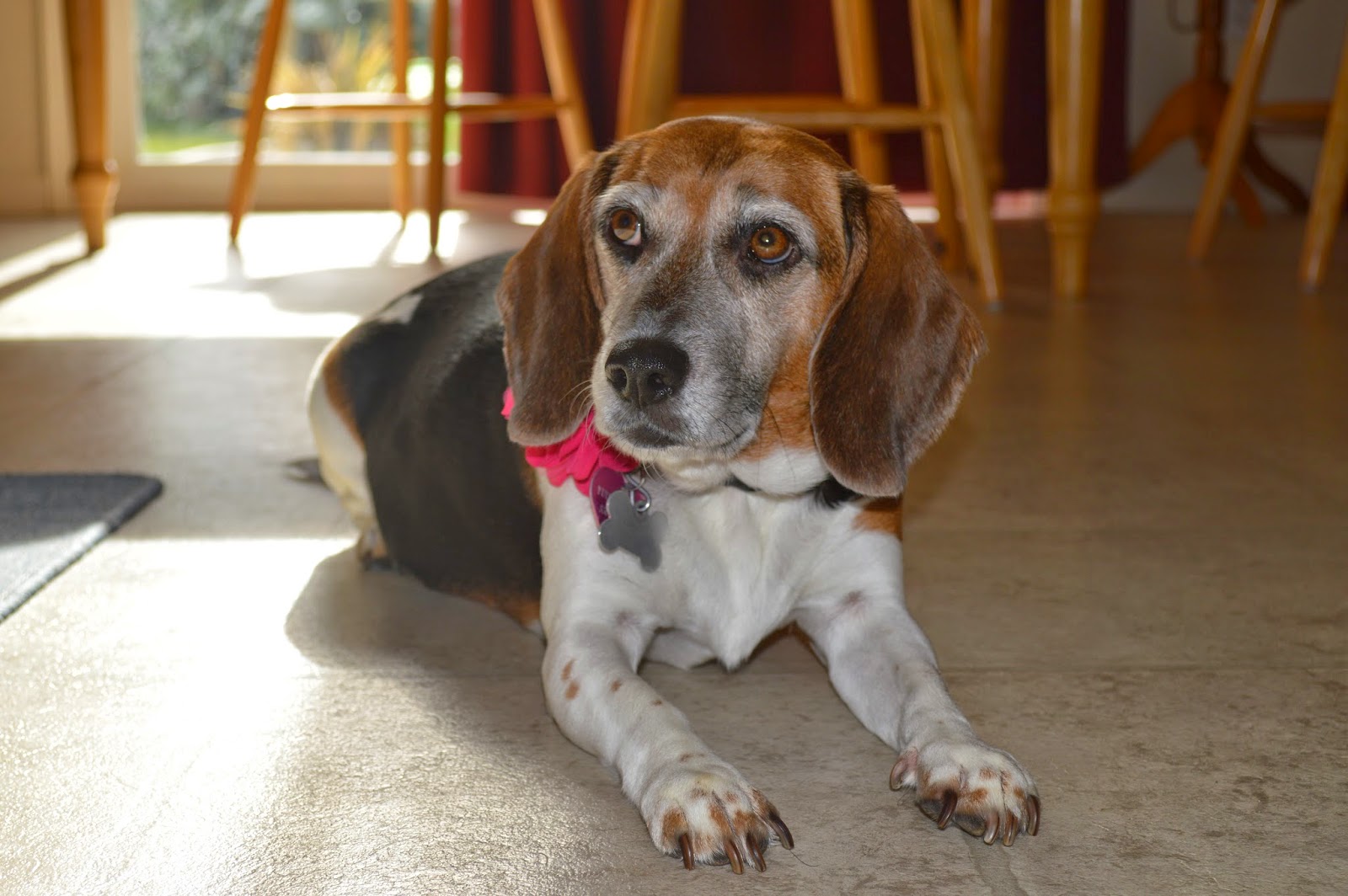 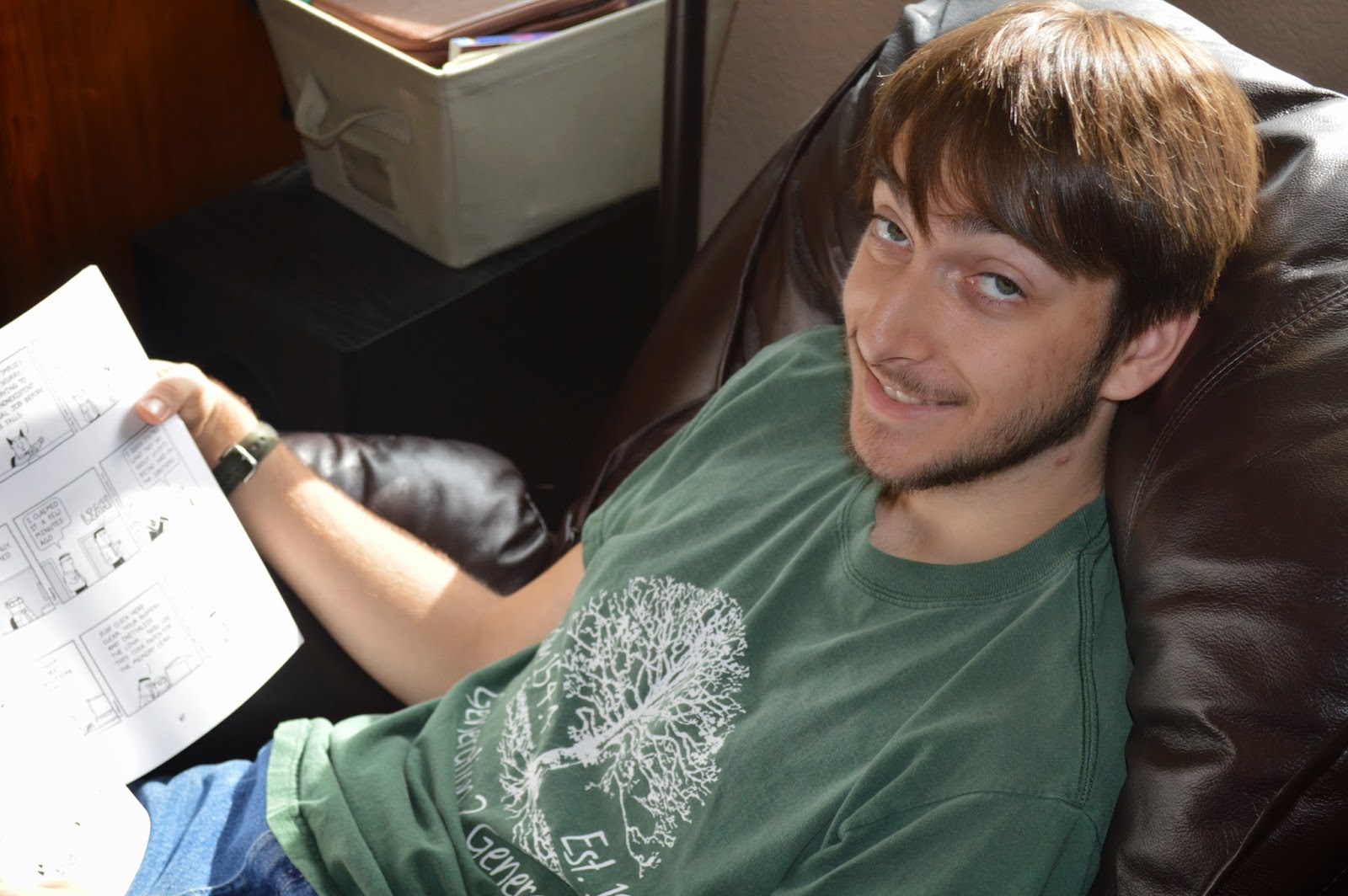 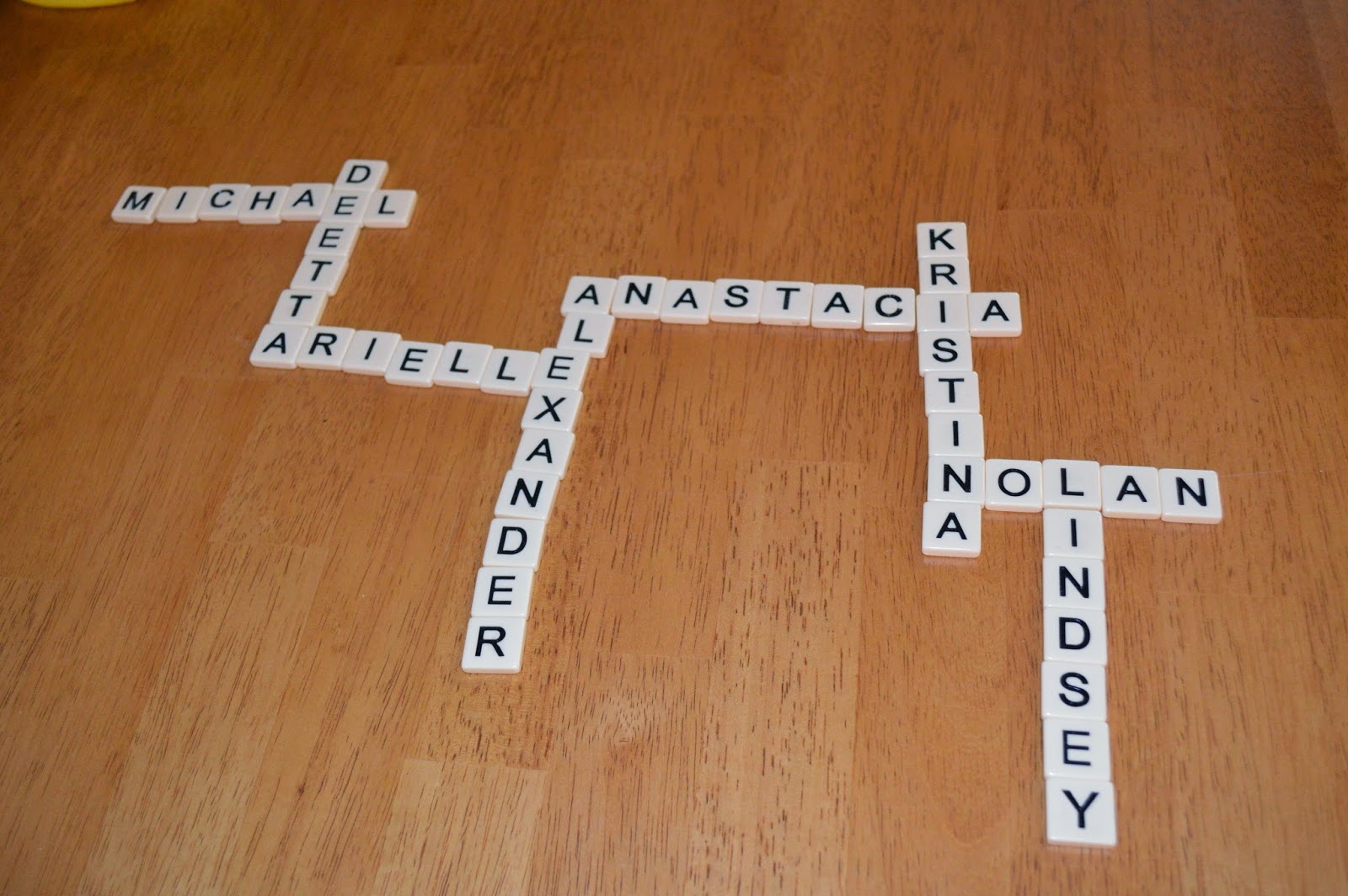 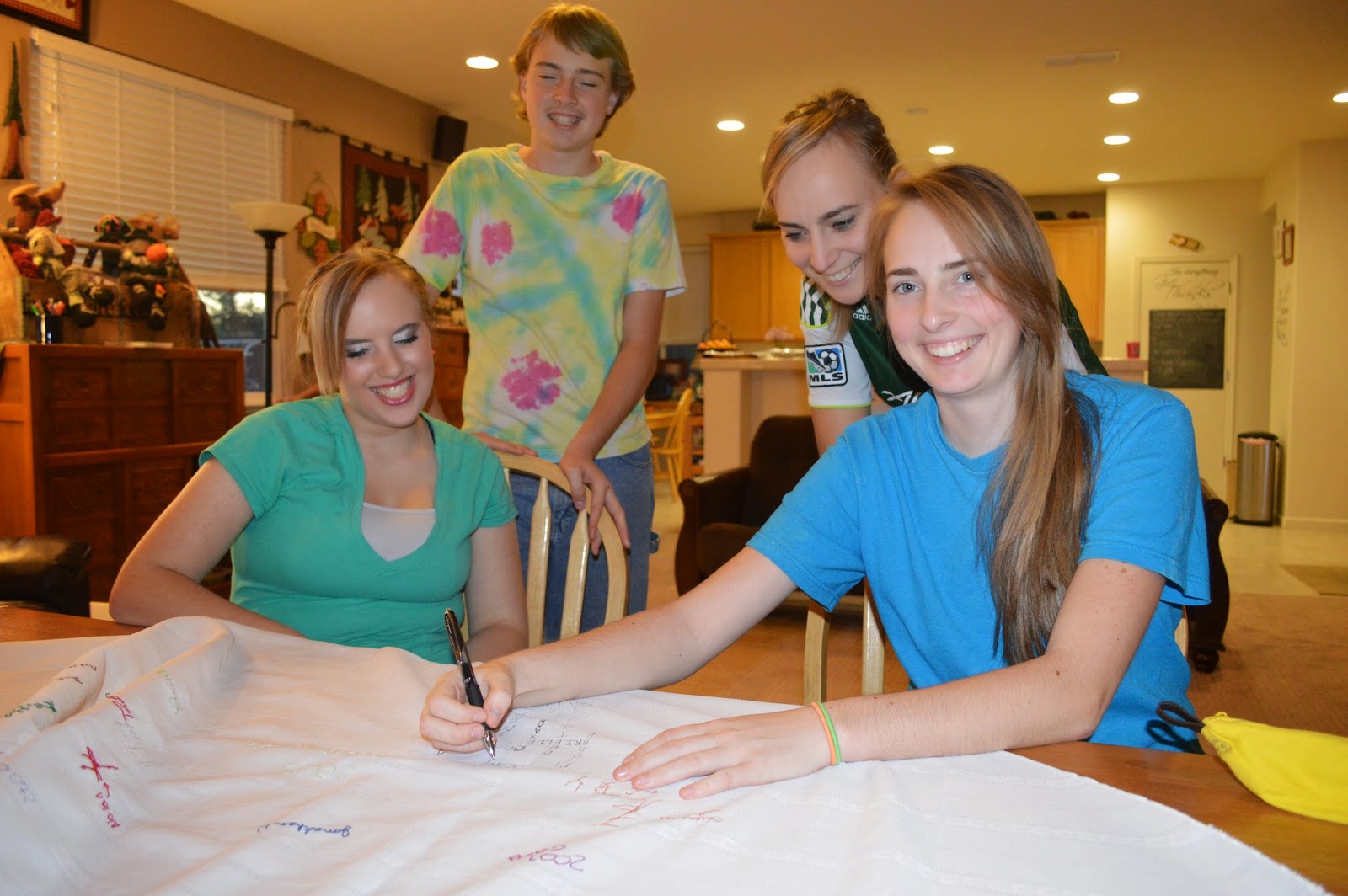 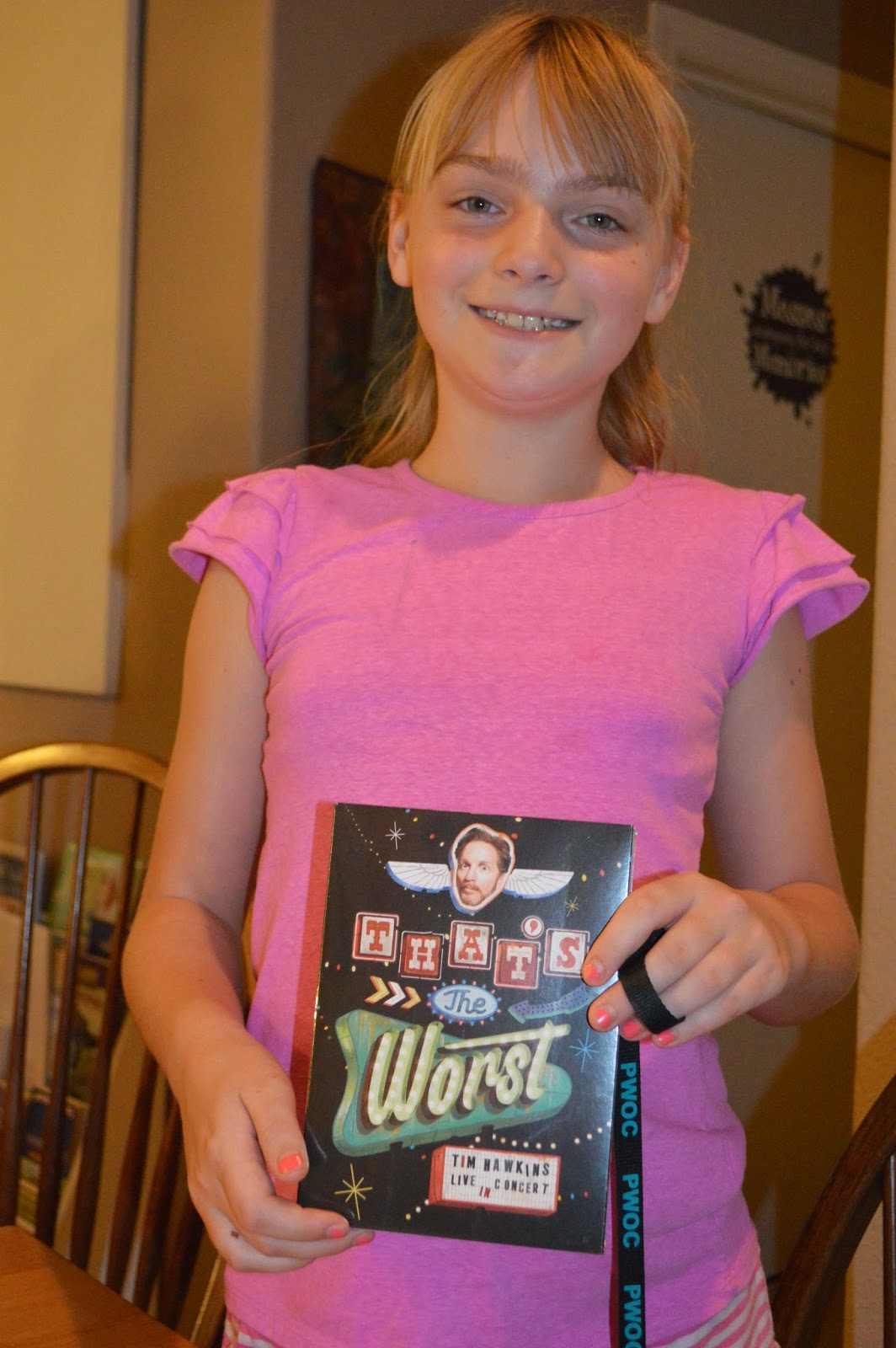 We had a great time checking out signatures from year's past. Those photos may become a different post.  We played games, visited, Skyped with BreZaak, Josiah and Jared....we simply enjoyed those who were with us....and the fact that we have no clue where we will be next year came home a bit more. LOL

We love having Lindsey with us. It was a blessing to get to know her a bit better this weekend. It turns out she is lactose intolerant and a vegan home is a great place to be for big meals if you're lactose intolerant. LOL

We ended the night by watching the new Tim Hawkins DVD - "That's the Worst".....though it was actually one of the best of days!