The Bok Kai parade began back in the 1850's. It is always held on the weekend closest to the second day of the second month of the Lunar calendar. It is the longest continually held parade in California. The parade honors Bok Eye, the Chinese Water God, who is said to protect Marysville from flooding.  This is our last year to be here this time of year and so we went.  It was quite apparent most do not know or understand the religious background of the parade.

It wasn't a bad parade - but it wasn't a Japanese festival either.  Here are a few overheard comments:

"In Japan there is music during parades."

"This parade is mostly pick up trucks with signs."

"Lots of marching bands and Tae Kwon Do...."

That would about sum it up - lots of old cars and prunes. Yes, PRUNES. Poor Stacia. Each treat she retrieved turned out to be plums/prunes in some form.  This is Sunsweet country. LOL 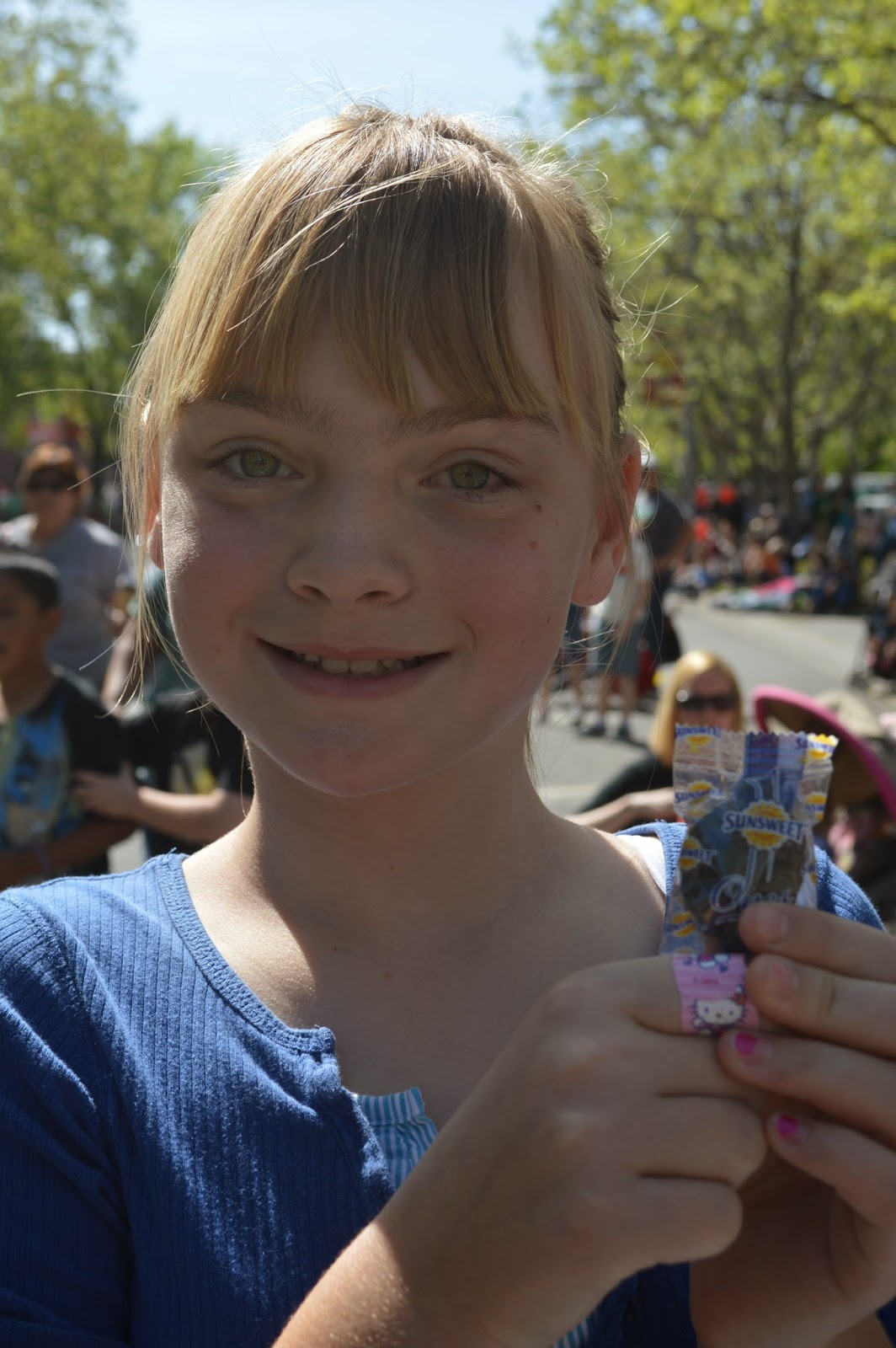 ﻿  One other observation - dysfunctional families may be funny on television but they aren't funny at all in real life. I felt sorry for the kids sitting next to us.  And then the finale! Team Beale operates the Bok Kai dragon. 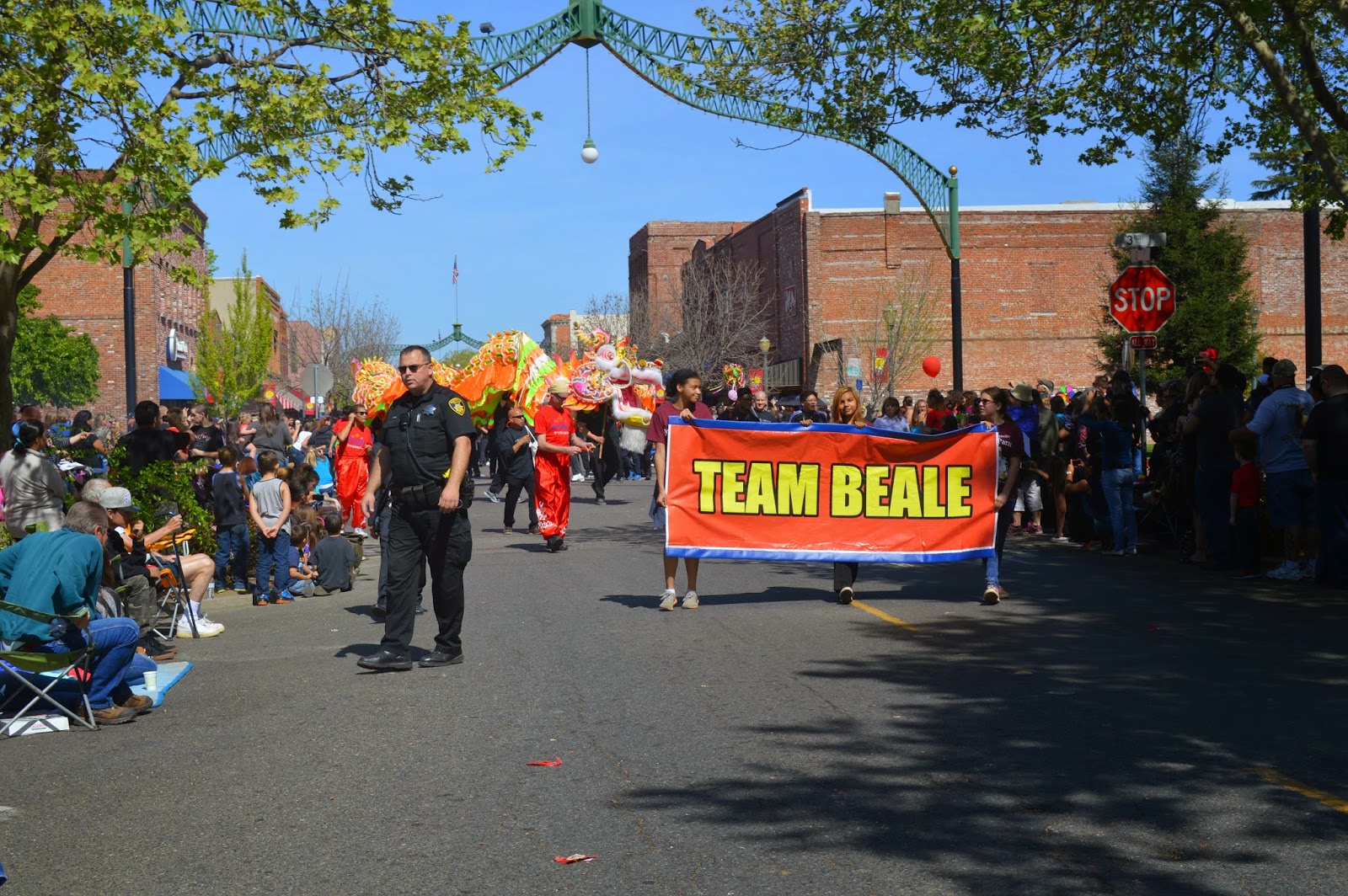 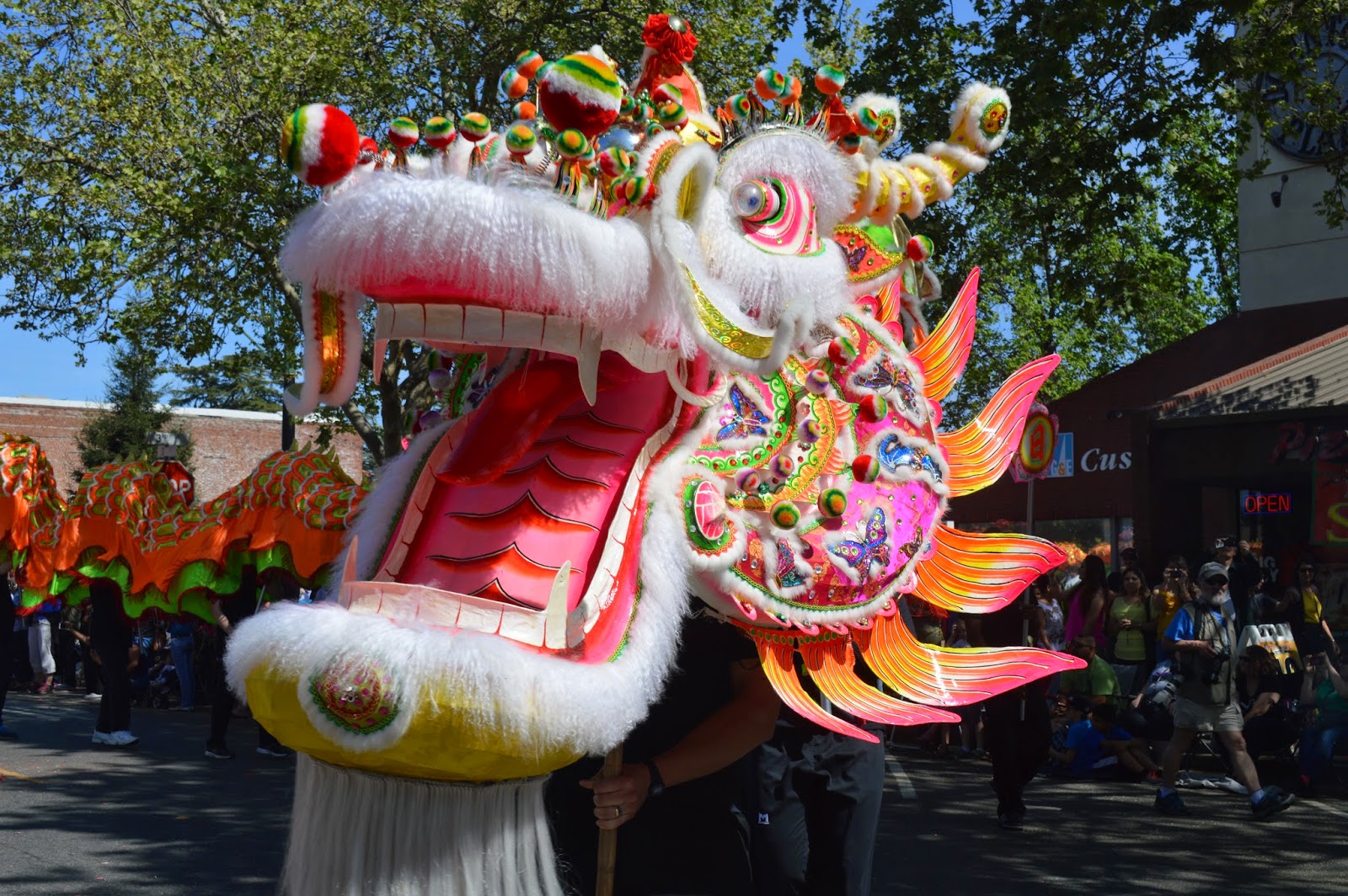 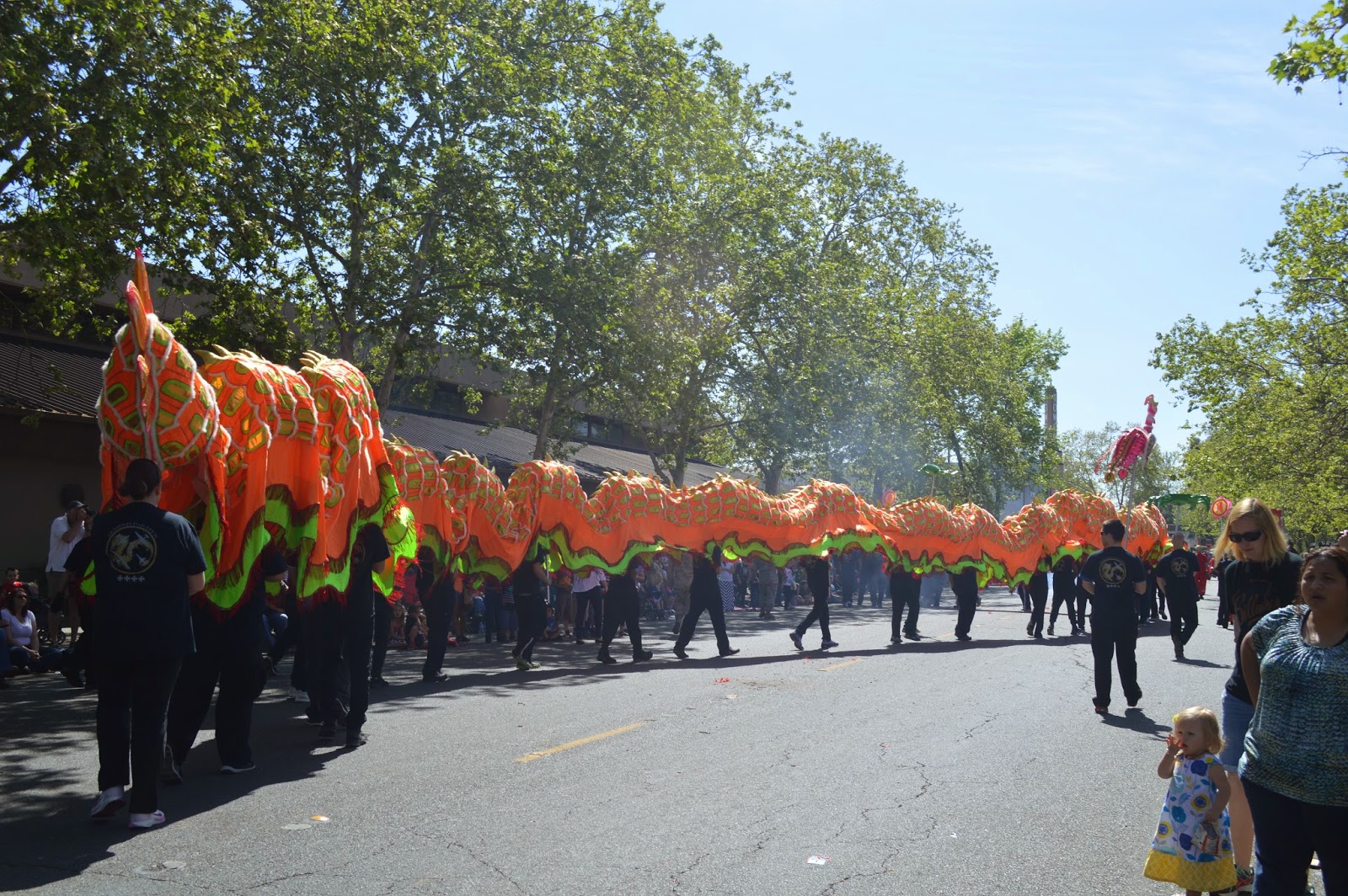 We headed to find festival food for lunch....there weren't a ton of options. We should have brought lunch. We were happy to find a touch of shade. I had garlic fries, Arielle had shaved ice and the rest enjoyed chicken and strips. 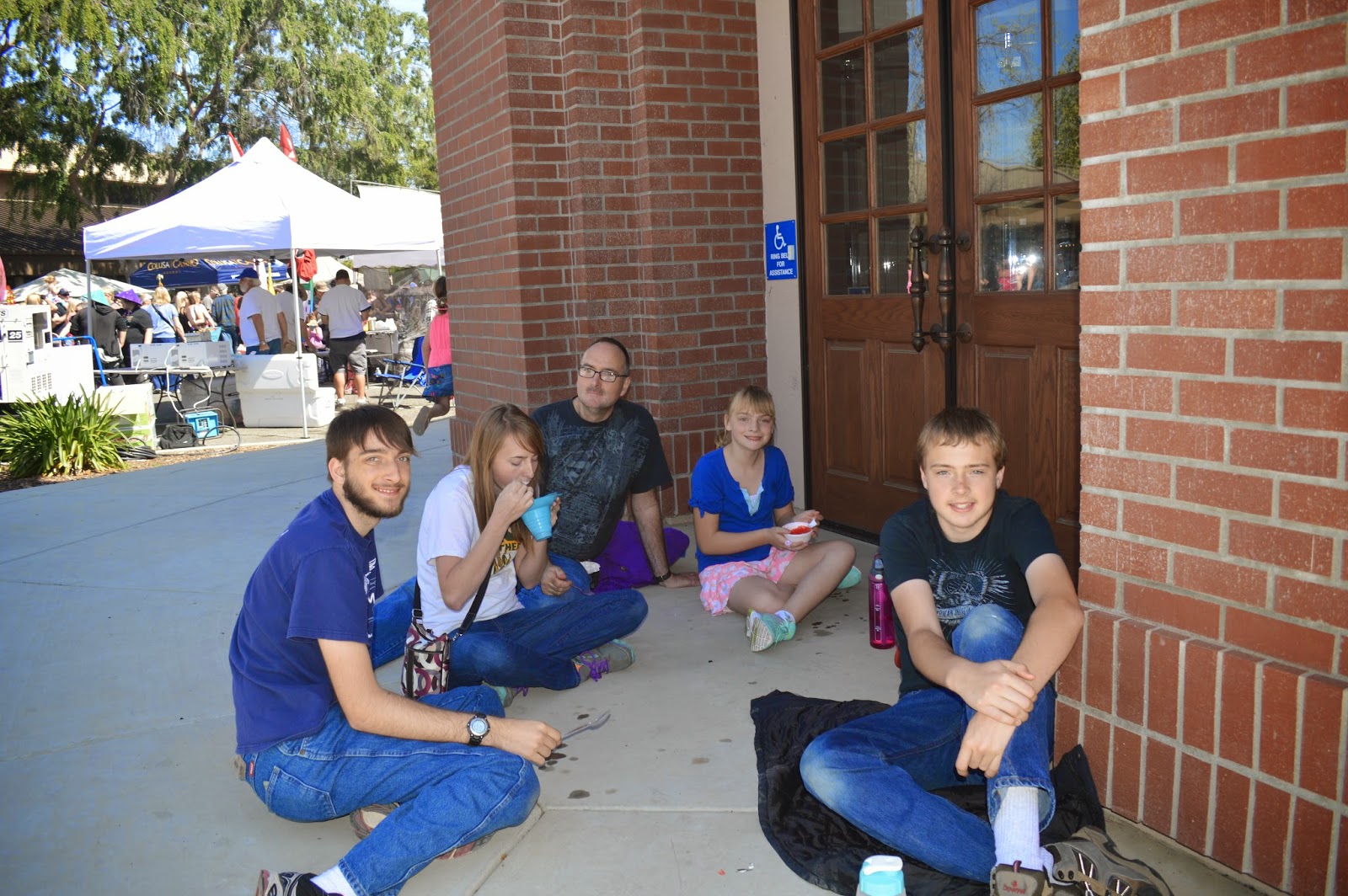