We optimistically believed we would finish the Jewelflower house by 5 or 6 p.m. 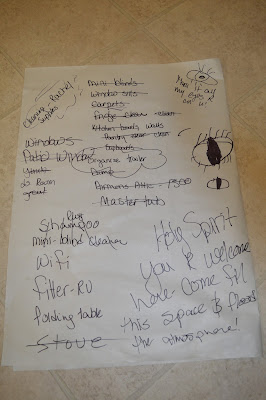 Michael suggested we try to get into the Beale Fam Camp a day early. He and the boys took a trip to the landfill, while Stacia and I tackled the oven and pantry. When they returned, we headed to the base with a "final" trip for Airmen's Attic - Cheri, you rock.  We stopped in and secured the last full hookup for two nights at Fam Camp. We grabbed some lunch and headed home to finish. As I said, the plan was to conclude by 5 p.m. and have a couple of hours to organize The Caboose.


7:00 p.m. came and Michael was wrestling with the pump on a irritable carpet shampooer. We were done with everything else, so I headed to the trailer. 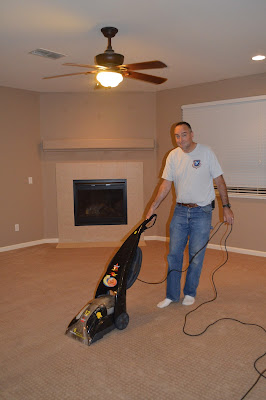 WOW! Nolan has been named the "packinator." He has inherited Michael's packing genes. He managed to fit all the food from the freezer and fridge into our small trailer freezer/fridge. The rest of the trailer was less impressive. I couldn't walk in the door....our mattress topper crowned the top of a huge pile on our mattress. I set to work, clearing a path and making beds. 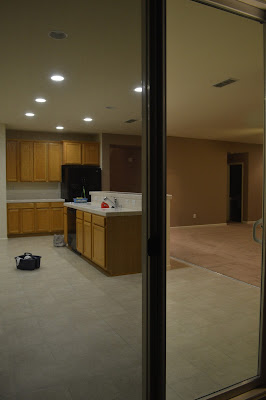 At 8:00 p.m. we declared ourselves done. There are a few things we'll take care of tomorrow afternoon - wipe down the counters (left bleach pen working on grout), touch up the downstairs bathroom, haul the last garbage and move the kayak. 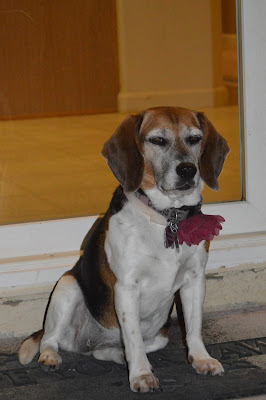 Michael moved Yuuki to the back yard as he shampooed the downstairs and she was irritated at us. I think she was sure she was about to be left and kept whining and trying to get back inside.

Oh, that picture of Yukki got me! What a face!