The previous evening was spent at Walmart - jacks up/slides in/ Nimo hooked up - at 0300, when Michael couldn't sleep, he started the engine and headed down the road.  This was the first time we did this....and it perplexed me...... 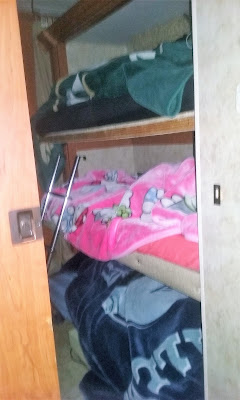 I cuddled up with the printer and tried to sleep. It was COLD, and noisy and smelly....and two hours later, I realized the window was open. Things were much better once it was closed. 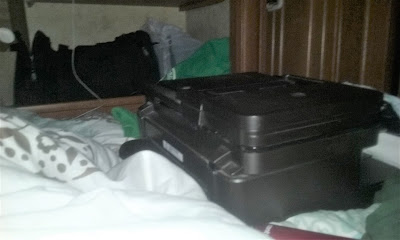 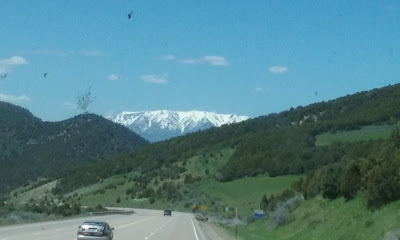 We stopped for breakfast around 0700 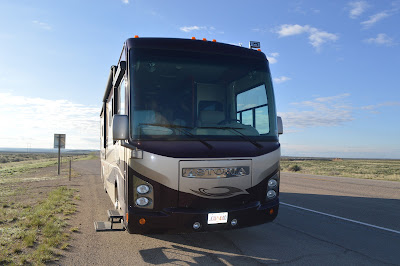 At 0830 we pulled over at Cokeville, WY and Michael slept a couple of hours. I contemplated driving on, but I knew he would rest better, if I didn't drive. 😏😏😏 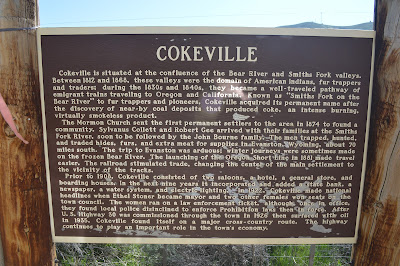 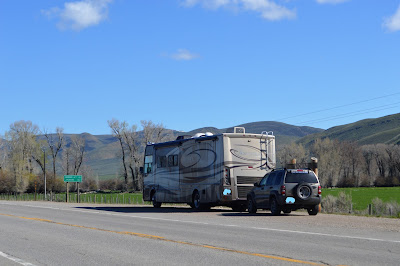 While he napped, I took Yuuki for a walk. This farm was for sale. It was listed as "commercial property." A light-bulb went off and I spent the rest of the drive searching for commercial property in the Matsu Valley. Hoping to find a small farm or ranch or something.....figure commercial property won't have restrictions about how many buildings we put on the property. 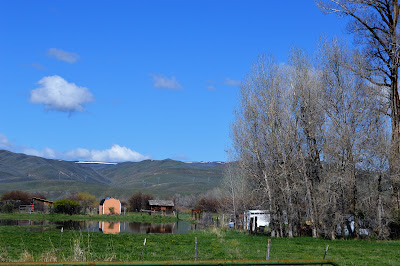 These three were eventually lured from the RV and joined me to explore. 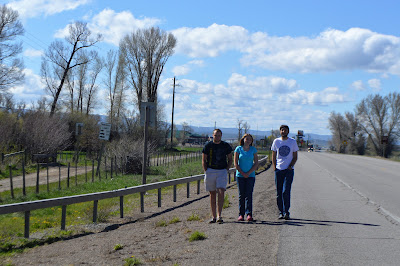 WOW. I figured out the early start when we pulled into Massacre Rock State Park. This man loves me well. I've long been fascinated by the Oregon Trail. On our way to CO we stopped at a rest area that had a display of local state parks and historical sites. I commented it would be fun to stay and explore the area. I had no idea that one comment, two weeks early, would prompt an 0300 start on the trip back. We spent the afternoon and evening hiking the OR trail, enjoying the lovely park mid-week, dipping our feet in the Snake River and exploring Register Rock and the park around it. Ladies, I didn't nag, I didn't "remind" him, he just remembered the comment and made it happen. Yes, he loves me well and my heart trusts in him.
I struck up a rapport with the clerk in the visitor center. She picked the site for us - it was the BEST. It was the closest to the river, had a trail to the fishing dock and great views!


This was a great site! I could have happily stayed here quite a bit longer. There is much to explore. 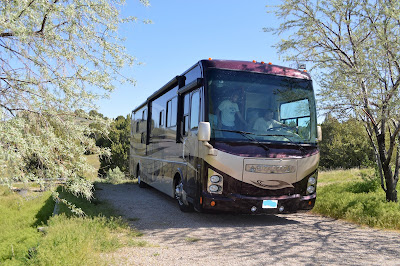 I found out the story at the Visitor Center. River Joe Winter built his home across the river in the 1936. For 25 years he hiked to the top of the bluffs to watch for fires. In the summer, he'd row across the river to get to land and then ride to town. In the winter he came across the Snake River on a sled he made with 12 foot runners. He had two barrels attached....if the ice broke he could float across. He was 82 years old when he died.

Our plan on this trip is to plan meals  I can fix "on the way." I had hoped for slow cooking - but Michael was happier with pressure cooker meals - to avoid running the generator all day. We have one 110 outlet that works as we drive, but nowhere to secure the pot near the outlet. He suggested we turn the generator on an hour before we stopped for the day, I'll pop food in the Instant Pot, and we'll drive the last bit with the generator running.  Dinner should  be ready when we stop and are set up.   We arrived at 1:00 p.m. - but I was able to get dinner in the pot before we left to hike and explore.  We'll keep playing with this.