Now that we've entered Alaska, here are some random thoughts about our days in Canada.

We're stretching our conversion skills going from KPH to MPH and miles to kilometers....the hwy speeds are much slower....and for the post part the driver's seem content to go the limit and stay behind us. This is different than some of the other places we've traveled.

Our first night in Canada, at the Hungry Bear Diner, I saw Poutine on the menu. I asked and was told it is fries, cheese curds and gravy! If it weren't for my migraine problem with cheese.....but I'm driving this trip.  We also saw pierogies as the base for poutine!
Normal sized muffins at bakeries, vs. GIANT sugar-laden Costco like muffins in America, seem to be the norm. My favorite have been Maple Streusel (blueberry pictured below all maple disappeared). YUM. 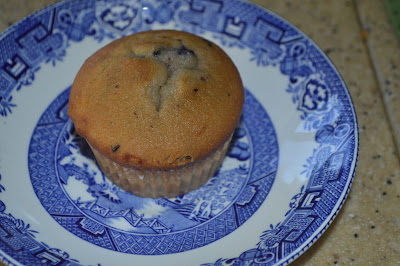 This is an idea whose time has come! Have you seen these in your parts of the States? We haven't. I keep a P 31 bag as our s'more kit. 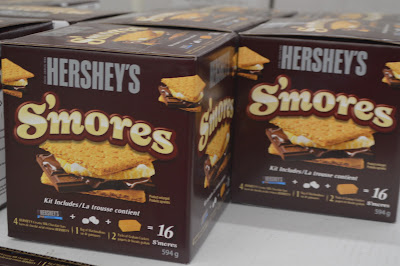 It's been a long time since I've seen fully functioning phone booths - but they are pretty normal in British Columbia and Yukon Territories. I'm sure it has something to do with the non-existent or spotty cell service. Even our CANADIAN cell phone didn't work outside of Dawson Creek. 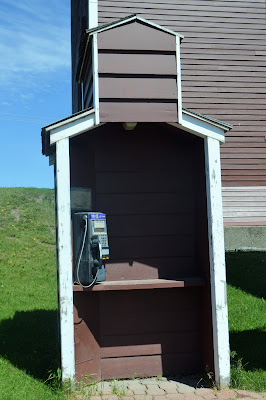 No electronic signatures at card readers in gas stations or stores - at least not in BC and YT.  Slide the card  (even in self-check out),  and then go sign the paper copy of your receipt.

Full hook up RV spots are CHEAPER up here (even before the exchange is considered), however, the majority of showers we encounter take a Loonie and the "free" wi-fi has been nearly non-existent past Fort Nelson.

Technically, it's the "Alaskan Hwy" and only Americans seem to call it the "AlCan Hwy," I'll adjust blog titles.

I've seen very little trash and few examples of tagging in BC and YT.

We had no trouble using our American credit cards AFTER we called the company and reminded them we had told them we were DRIVING to ALASKA. They seemed to have forgotten that would involve a drive through Canada. Others with USAA have mentioned the same - I advise calling (vs the online notification) and making sure they NOTE you will be in CANADA.

We plan to be back to explore more of Canada. We've barely seen the country.....we've driving through parts of Alberta, British Columbia and Yukon Territory and could spend many happy weeks exploring each one.

Joyfully Penned by DeEtta @ Courageous Joy at 4:25 AM

Just popping in to say that we had poutine at a trendy sort of restaurant in Jacksonville where we took Landon on his birthday. Other than that, we've only seen it at EPCOT. LOL! We do also have the Smores' kits at our local Walmart (so I'm guessing at other grocery stores in the area as well). We were so surprised when we saw phone booths at Disney a few months ago. :)

I was floored to see phone booths. I've not seen any in CA, OR, WA, ID or any of the other states we've been in....but maybe they will make a comeback. LOL

S'mores kit is an idea whose time has come. I've not been to a walmart up here. LOL

Poutine....FL and Canada. LOL And it's TRENDY! Go figure!