After the fog, or in the midst of the fog, came frost. It is beautiful! 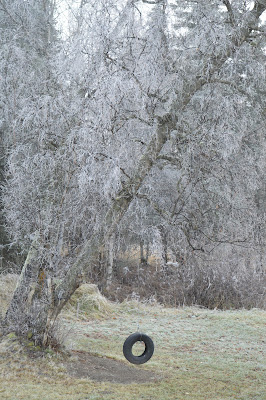 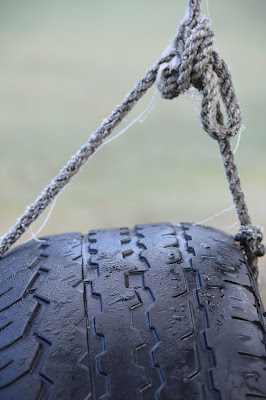 We were warm and cozy inside, busy with school and Japanese lessons......and gazing out the windows. 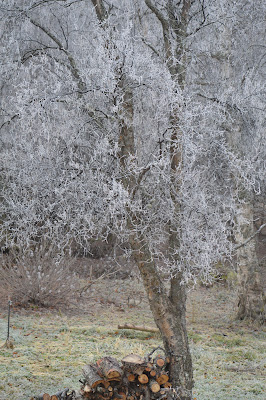 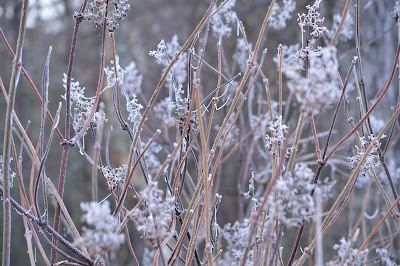 Michael had a swallow test today. They wanted to do a new one and he is having more trouble. They offered a new therapy, for which he now qualifies. He would go in 5 days a week and they would attach electrodes to his neck and give him "mini shocks." The thought being it would strengthen the muscles needed for swallowing.

He opted to try "traditional swallow" therapy. We'll get that set up for next week.  We are happy to have speech/swallow/cognitive therapy set up with a VA approved source. The saga began with them saying there were none in Alaska. Sort of like we were told there were no Motion Disorder Specialists either. I think it's the first answer one has to push through to find the right resources.

If we could only use one of these for a Christmas Tree this year. We want to buy an evergreen and plant it in the yard.....but I was hoping for  bigger than table-top this year and I assume that's all we'll be able to find. We've been looking but having seen any bigger to buy now. 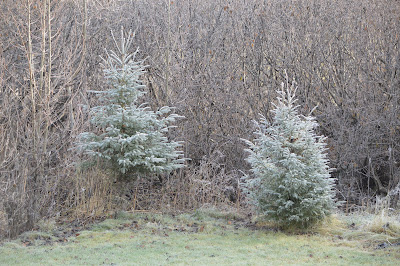 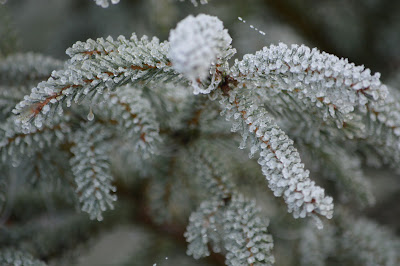 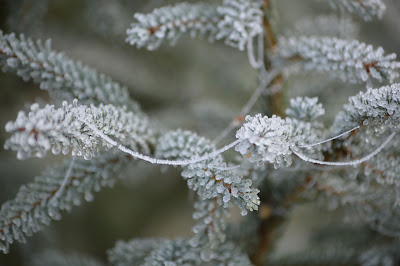 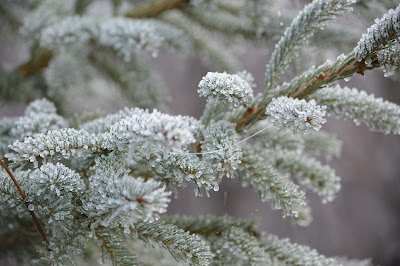 Even moose poop is pretty when decorated with frost. 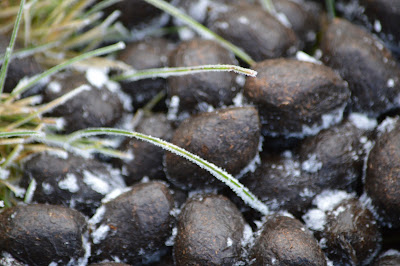 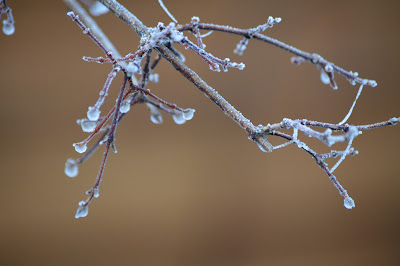 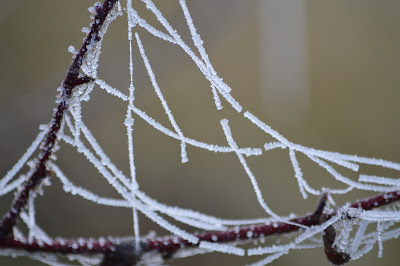 We ended our day with life group and youth group.  Another full Wednesday. 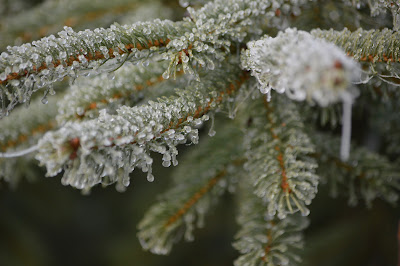