On the 6th Day of Christmas, many of the Gherkins met to celebrate God's faithfulness in 2020 and to celebrate the start of 2021.  A part of this celebration is the annual Gherkin Gingerbread Competition. Highlights of this year's competition are the new participants. Cory was able to participate from start to finish as he is still on paternity leave. This is Danny's first holiday season. Carrie, Olivia, and Luke joined the fun this year! Reno, Luke's English Mastiff, created excitement of his own.

The winner of this competition hosts Mr. Gingerbread all year.  Both teams started with the SAME budget and the SAME Gingerbread kit. Both teams followed all rules and used the same amount of Gingerbread.

Check out the photos and vote for your favorite team. You may do that by leaving a comment below, or on the Courageous Joy Facebook page. Only one vote per person will count. Voting will run until 9 p.m. AKST on Saturday, January 9th.

This year’s offering features the majesty of the Alaska Railroad system as it cuts a path through the towering forests of The Last Frontier. We created a range of mountains with the sun casting alpenglow rays across their snowcapped peaks and with a waterfall cascading down the mountain slopes that create a river with roiling waters. At the fringe of the scene stands the train station and the entrance to the tunnel cutting a path through the mountain’s side. 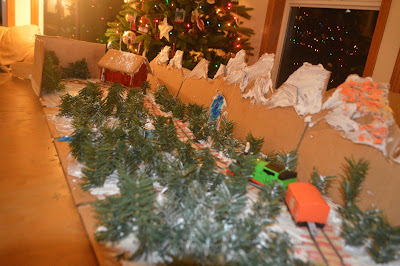 Note the tunnel in the corner and the alpenglow. 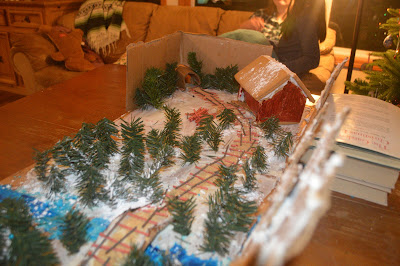 Note the details on the tracks... 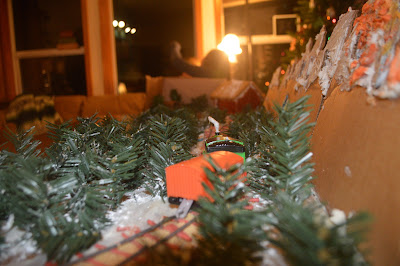 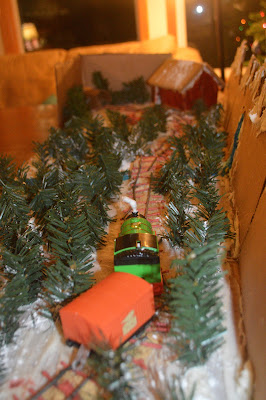 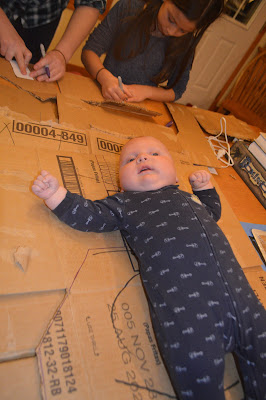 Team B - The Four Seasons of Alaska
Join us for a year in Alaska! From the cold, dark winters full of fun in the snow (to include ice fishing, sledding, skiing, and snowmen!), through the muddy break up we fondly call spring, into the glorious summer and fall months full of hunting, fishing, hiking and basking in the midnight sun. Alaska is truly a unique state full of wild, breathtaking beauty and one we are blessed to call our home through every season. 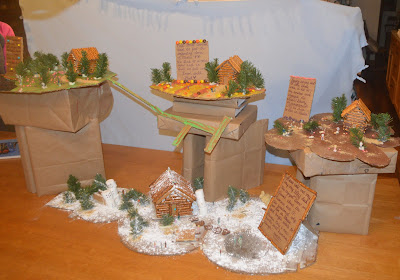 Note each season's platform is representative of the season; a snowman, a flower, a dip net, a leaf.... 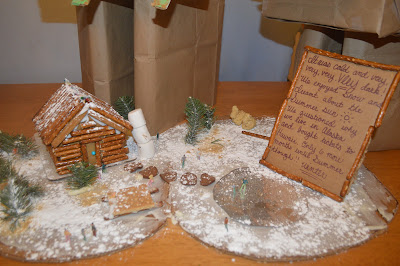 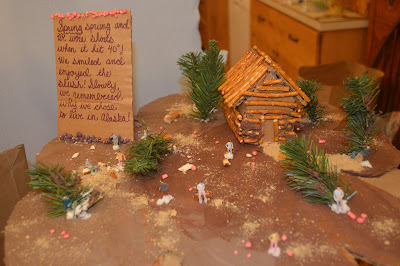 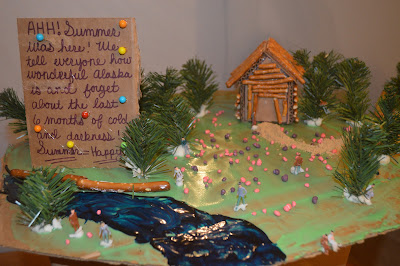 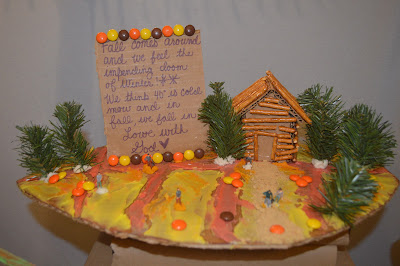 In case you can't read the "bill boards" I'll post them below: 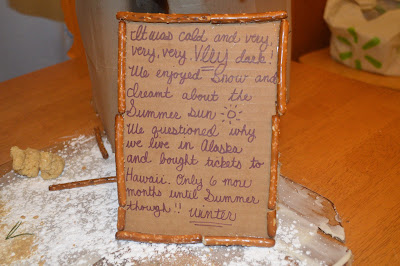 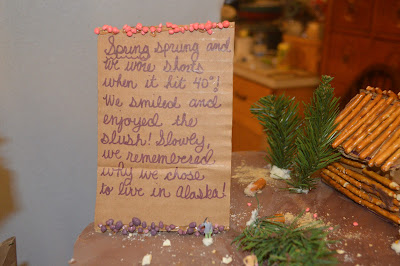 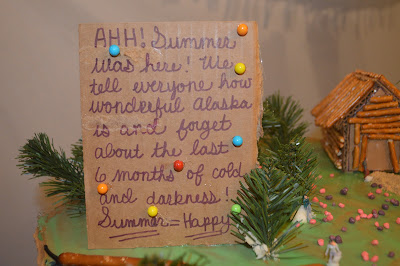 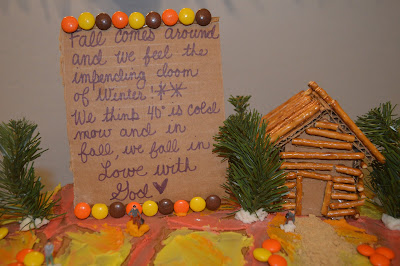 2013 Competition - Men won with their Town square complete with a clock tower.

2014 Competition - Women won with their sweet Chapel; Men's Night Before Christmas disqualified them according to judge Michael. ::snort::

2017 Competition - Men won with "An Alaskan Getaway," over the women's offering of "Snowman's Lodge."

I vote for Team A. Love the trees and the tunnel!

Team A has my vote - very asthetic and christmas!!!
Team B - y'all did amazing too, but I could only pick one ❤️

I have to vote for Team A simply because of the train. My boys used to love all the Thomas the Tank Engine trains. I think the green one was Percy. :-)

Ok I vote for team b

I vote team B for Sure!

A vote for Team A from me!