JULY FIRST. This was a full day.
I began the day at 4:30 by taking Alex to work. As I hadn't fallen asleep until nearly 1 a.m., I promptly fell asleep at home for a couple of hours.  Score.
Grandpa had a dentist appointment this morning. He and I raced to the appointment. I ran a couple of errands, and then I got a surprise call that he was already finished. What I was told would take an hour and a half only took 20 minutes.
We came home, and I got a few more things done for wedding prep. I also gave in and took some more Ibuprofen. This is NOT the week to try to cut back on Ibuprofen - my shoulder aches if I don't have something on board.
Allie and I left the house at 12:30 to meet her mom at the DMV where Allie renewed her driver's permit.
We spent the next 3 1/2 hours running errands of all kinds; general, personal, and wedding. I began to panic a bit about dinner and Allie suggested an old standby - chicken nuggets and fries. We realized during dinner that we needed to pick up a loaf of French bread, two pairs of sheets, and a bottle of sparkling cider which I'd neglected to pick up the other two times we'd been to Fred Myer's today. Nolan suggested we all head out to make the Fred Meyer run and follow it with a run through the Dairy Queen drive-thru. Grandpa decided that was a trip he'd like to join. LOL
Michael and Grandpa decided they didn't want to go on the final errand of the day. We dropped them at home, and the rest of us headed up into the mountains to look for wildflowers. Krista would like to make bouquets from wildflowers.  I swear Stacia isn't picking dandelions...though we would have if they were flowering. LOL  We picked a variety of flowers to see how they hold up. 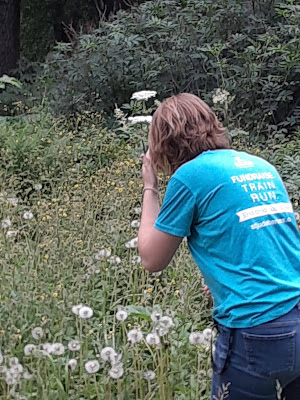 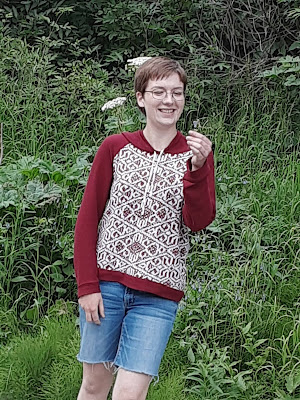 By the time we got home, Michael had all the beds made for incoming company.
I love Alaska. I was able to relax in the garden at 10:45 p.m. I planted another bed of beets, weeded a bit and watered various beds. I heard a crashing noise while I was in the garden making a marco polo. A MOOSE came to visit the garden. I made a run for the house and to plug in the electric fence. Millie began barking, and the moose ran off. Shew.
I KNOW I planted late and some were worried. The thing about Alaska gardens is that our growing season is wonky. It' s short but we get LOTS of sunlight. Here are some photos from the garden. 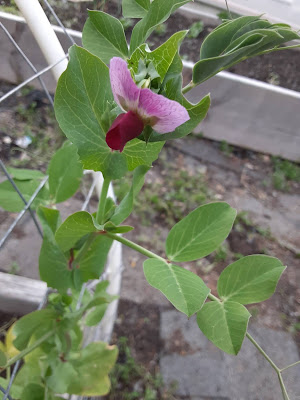 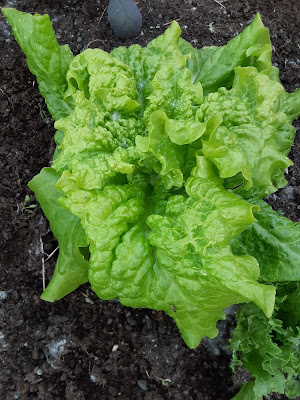 This broccoli is flowering way before it should. I hope the rest don't do this. LOL 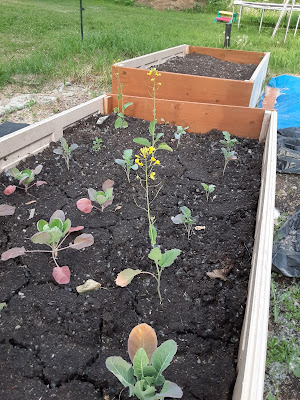 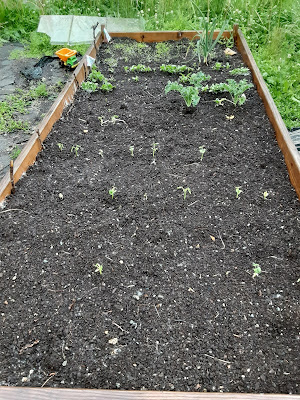 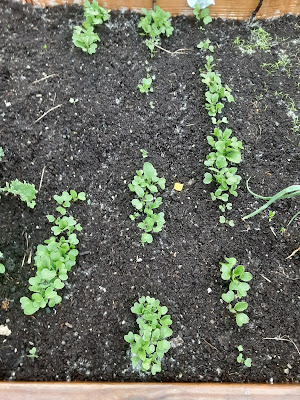 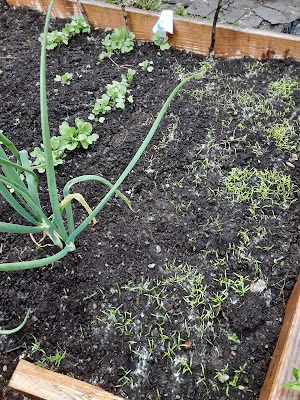 Nate and Heather arrived a bit after midnight. We COULDN'T go to bed after THAT.  They are just back from K-stan. We haven't seen them in 2 years.  They'll be here until the 6th, and then they will head to Thailand. Michael felt he'd done his time in the "stans," and I never had a big desire to visit K-stan, but Thailand has possibilities...