On the 7th Day of Christmas, many of the Gherkins meet to celebrate God's faithfulness in the current year and the start of the New Year. A part of this celebration is the annual Gherkin Gingerbread Competition.  2021 marks our 8th year of competing.

The winner of this competition hosts Mr. Gingerbread all year.  Both teams started with the SAME budget and the SAME Gingerbread kit. Both teams followed all rules and used the same amount of Gingerbread.

Check out the photos and vote for your favorite team. You may do that by leaving a comment below, or on the Courageous Joy Facebook page. Only one vote per person will count. Voting will run until 9 p.m. AKST on Saturday, January 8th.

Hershey's Hunting Lodge is the quintessential Alaska fall scene frozen in time with the hunter taking his shot at the caribou atop Triumph Mountain, the shot ringing across the dark waters of the lake. Along the forest floor you see scattered leaves and bushes dotting the landscape. At the Lodge, the weathered oak tree stands tall, casting its long shadow over the wood piled high in anticipation of winter. This scene captures the thrill of weeks of hard work, focus and sacrifice culminating in a split second in which success or failure is decided. 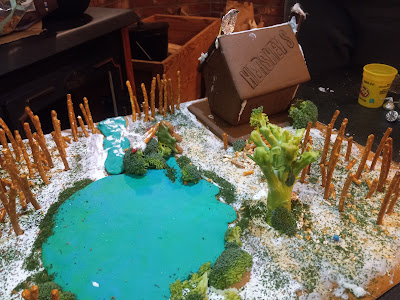 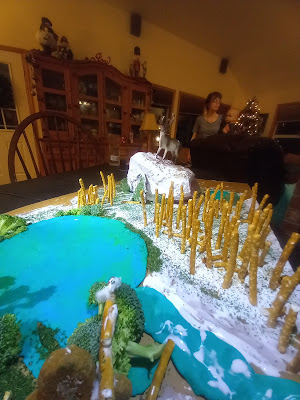 Mr. Abominable is excited to enjoy a summer retreat in his hideaway cabin along the Knik river. He is soaking up some sunshine while admiring the changing fall colors and termination dust along Pioneer Peak. Down the river, the Alaskan bears are also enjoying all the Knik river has to offer with kayaking, swimming, camping, and four wheeling. A classic favorite Alaskan summer day (BEWARE: the outhouse is take your own Toilet Paper). 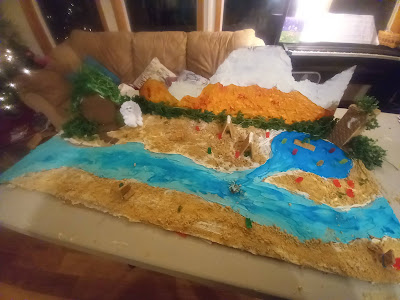 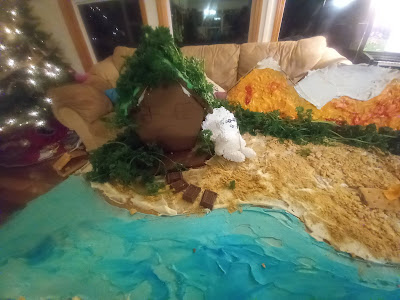 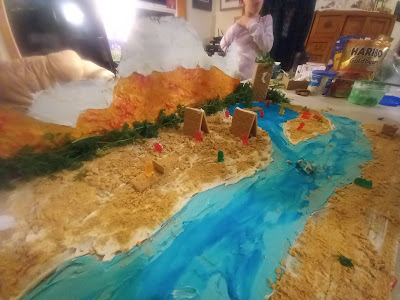 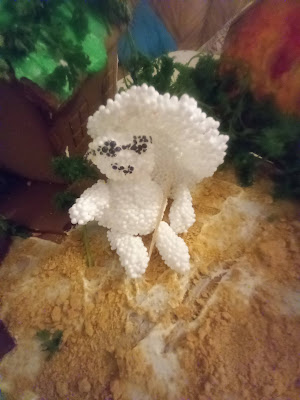 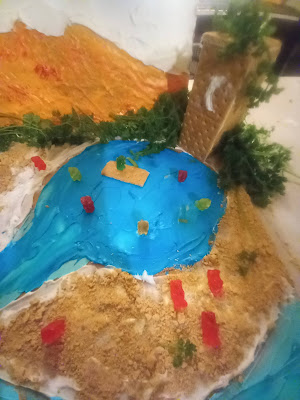 2013 Competition - Men won with their Town square complete with a clock tower.

2014 Competition - Women won with their sweet Chapel; Men's Night Before Christmas disqualified them according to judge Michael. ::snort::

2017 Competition - Men won with "An Alaskan Getaway," over the women's offering of "Snowman's Lodge."