At the end of 2011, having lived through the Great Eastern Japan Earthquake and Tsunami, we felt 2012 "had to be better."  We toasted the New Year with this oft repeated thought.


The Memorial Stone which God led me to for 2012 was Secret Place or Sanctuary.  One focus verse of 2012 was Ps 91:1, "He who dwells in the shelter of the Most High will abide in the shadow of the Almighty."

I began 2012 with a craving to abide, dwell, pitch a tent in the secret place with the Lover of my soul.  These yearly words are often nearly prophetic...giving me  a glimpse into a work the Lord will do in the upcoming year or the path I may find myself walking.  I've not shared a lot throughout this year about the lessons I'm learning....primarily because time was at a premium throughout most of the year. As I begin to consider a recap of this stone/word before moving on, I realize how much of what I learned was "intimate," "private confidences."


Sanctuary - Secret Place. To fully learn to climb into that intimate sanctuary I would need practice, and the best way to practice is with a few storms. I should have known. ::grin::

Ministry challenge began in Jan 2012...and continues to the present. God took me to a place of solitude in leadership which I didn't appreciate - but I grew! I stretched. He was sufficient. His grace is sufficient. He brought along two women this summer to share the regional load of leadership.  And within months, my regional position will cease to exist.

Michael, a man who has never had an IV, has been dealing with pain throughout 2012. In March he had an emergency surgery to remove a gangrenous gall bladder. He went into this surgery with me aware  they suspected stage 4 cancer. He wasn't aware of much. The recovery was tough with many complications.  God was strong in me....I was not a cowering, fearful, mess....I was strong in His strength.

Our 18 yo grew up and graduated.

Michael's father, Dad G, went to be with Jesus in eternity.  We were told Michael's cardiac tests were abnormal and we could not return to Japan until cleared by a cardiologist in America. All was well.

Michael, still having pain, finally received answers and had another surgery on 11 December.

A fellow chaplain, Don Bridges, commented March 2011 was a national tsunami and March 2012 was a personal tsunami... an apt allegory.

The secret dwelling place, the sanctuary, the hiding place with Abba, proved to be strong enough for each storm.

My cholesterol continued to rise on meds. My blood pressure maintained at borderline high. My weight refused to budge regardless of my "good" diet and 60 min workouts.

Monsters I'd thought I'd dealt with long ago resurfaced in March. I began to binge and purge. I experienced  devastating shame and hopelessness. I was desperate to break the cycle, desperate for health answers...and  in the secret place Jesus quietly spoke that it was TIME. It was time to do battle. It was time to believe He was the WAY, the TRUTH and the LIFE even in this situation. He promised I only needed to "Follow Him to Freedom."   I did and am continuing to follow. Along the way He has shown me new things about my past, about my present, about my future. He is healing deep areas and showing me bits of what He calls me - courageous, beloved, enough.


Abba called me to refocus my ministry on the local level. For the first time in over 20 years I've taken an extended time off from teaching a Bible study. Abba needed my full attention, I needed to be able to delve deeply into any passage He led me to without the need to focus on a prepared course to teach. I needed margin to focus on my new lifestyle, to follow Him to freedom, to minister to my family and to grieve the losses of  the summer of 2012.  I began to lead the local PCOC ministry which answered our family's need for a family service project. We loved it.

A loving Father provided two "young" friends to meet with weekly and simply share the life-giving truth found in the book of Ephesians. The time was sweet and beneficial!

As the year draws to an end, I'm amazed at the new places Abba has taken me....and I'm thrilled.  These truths are truths that will continue to bear fruit beyond 2012....as He leads into 2013. 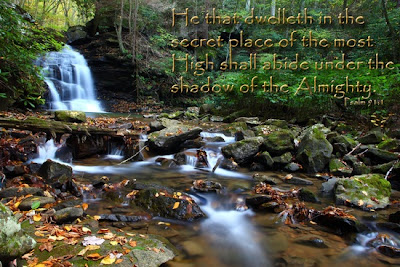 Sis: PTL for you in my life. God certainly did give Dad/me a wonderful blessing. Thank you for this beautiful post. Don't always know what I am praying for but am glad we were praying often and daily for you etc. God answers pray in such awesome ways. Honey, we love you, are proud of you and always PTL for you. love.... mom t.