I trust the camera to jog my memory at the end of the day for the blog...evidently all we did today was E*A*T! ::snort::

Hmmm.....SCHOOL - that took quite a bit of time. The younger ones and I finished The Samurai's Tale.  This is our last week on this time period. Zander and I continue to read The Hobbit.

Nolan and I spent some time working on I John and have the first two verses "fairly well" memorized. I did nine word studies on the first two verses of I John. Around the table tonight we decided "he who has translated I John from Greek to English should be disqualified." ::snort:: We also realized that Michael's NASB was published in 1977 and ours were published in 1995...and you can tell in I John.

The kids played outside. I did some PCOC prep.

I made Tamale Casserole from The Happy Herbivore - a VEGAN meal which FOUR of us liked.

We topped the night off with a chapter from The Secret of the Desert Stone, (a chance for me to grab a non-food photo).  I folded a bit of laundry as Michael read....I threw Arielle's snow things on the floor. This was a golden opportunity for Yuuki. 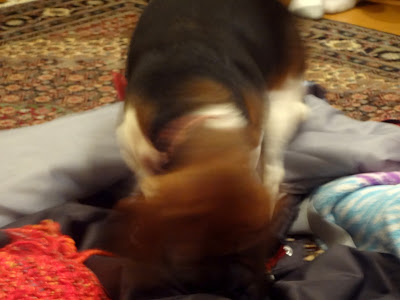 She likes to burrow in to blankets and such until she totally wrapped.....the multi-colored blanket is Arielle. 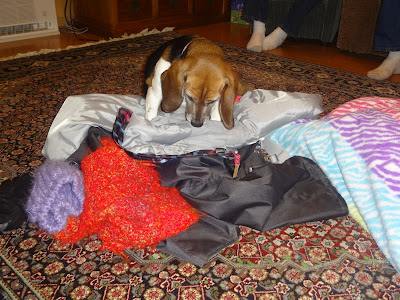 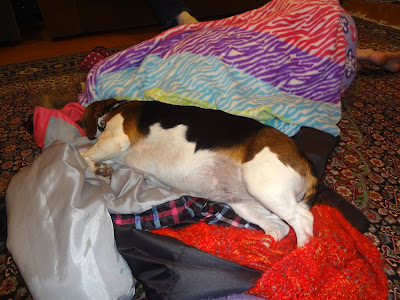 Not sure how much Arielle caught of the plot line. LOL 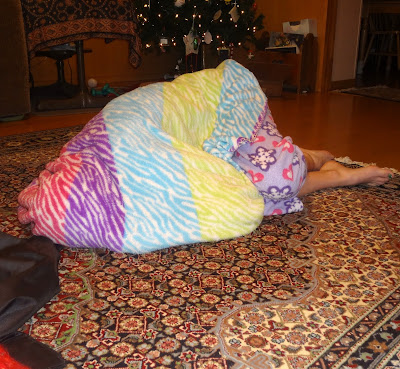 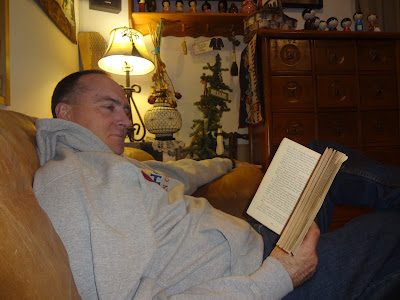 Joyfully Penned by DeEtta @ Courageous Joy at 2:22 AM

Yuuki has the right idea! Looks like a good day.