WOW! Motorcyclists are allowed to pass between two stopped cars. I wonder if they are allowed to pass between moving cars in CA? I had it happen this week. Michael reports that today, while Arielle was driving -and the lane next to them was CLEAR- a motorcyclist passed in THEIR lane. Imagine passing in the SAME lane a 15 pass is occupying with a student driver. Crazy Scary!

What in the world is our garbage can doing in the road? Michael took time today to teach Arielle how to parallel park a 15 pass van! I don't even know how to do that, yet. 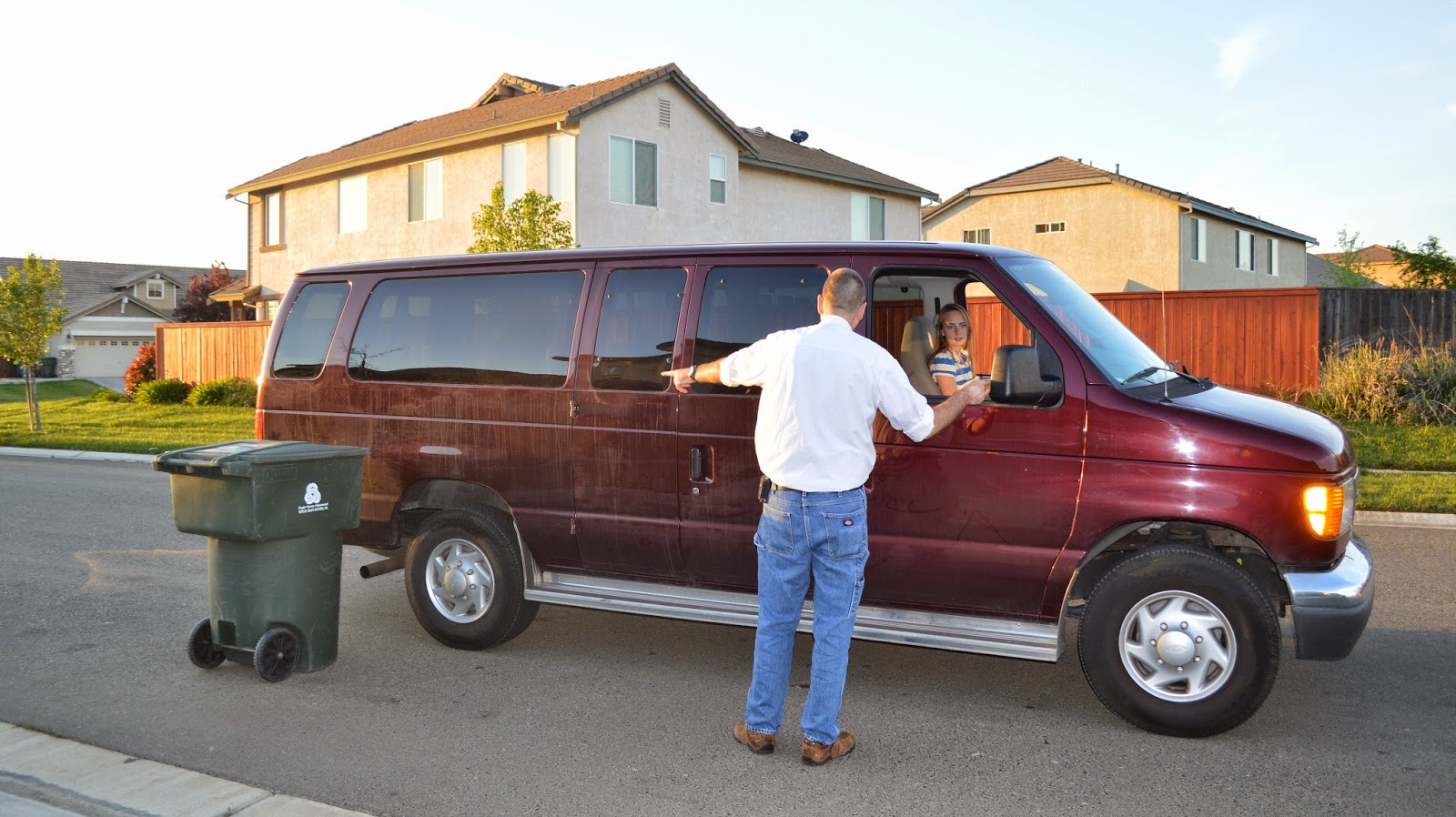 Just get it between the cans.... 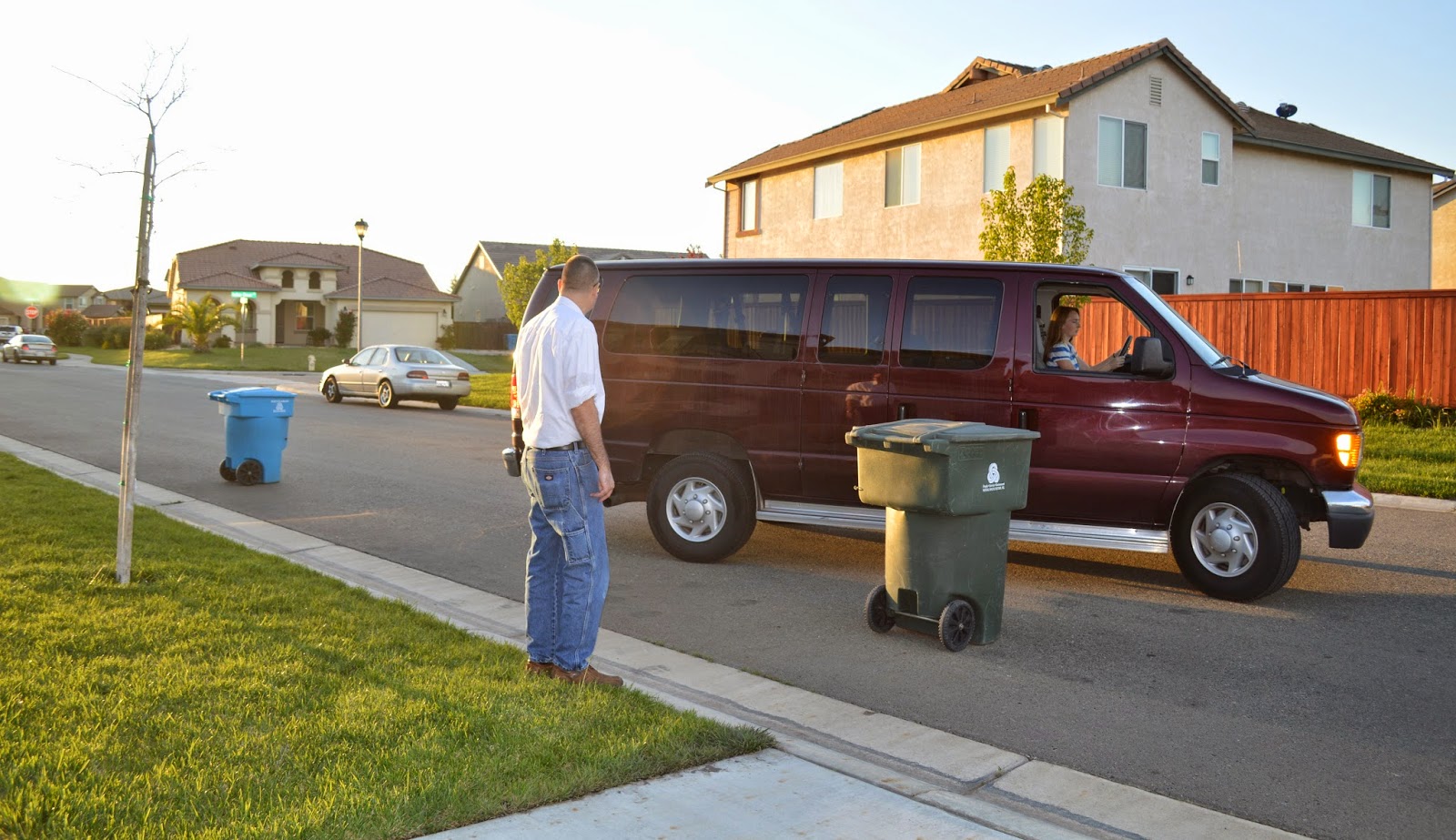 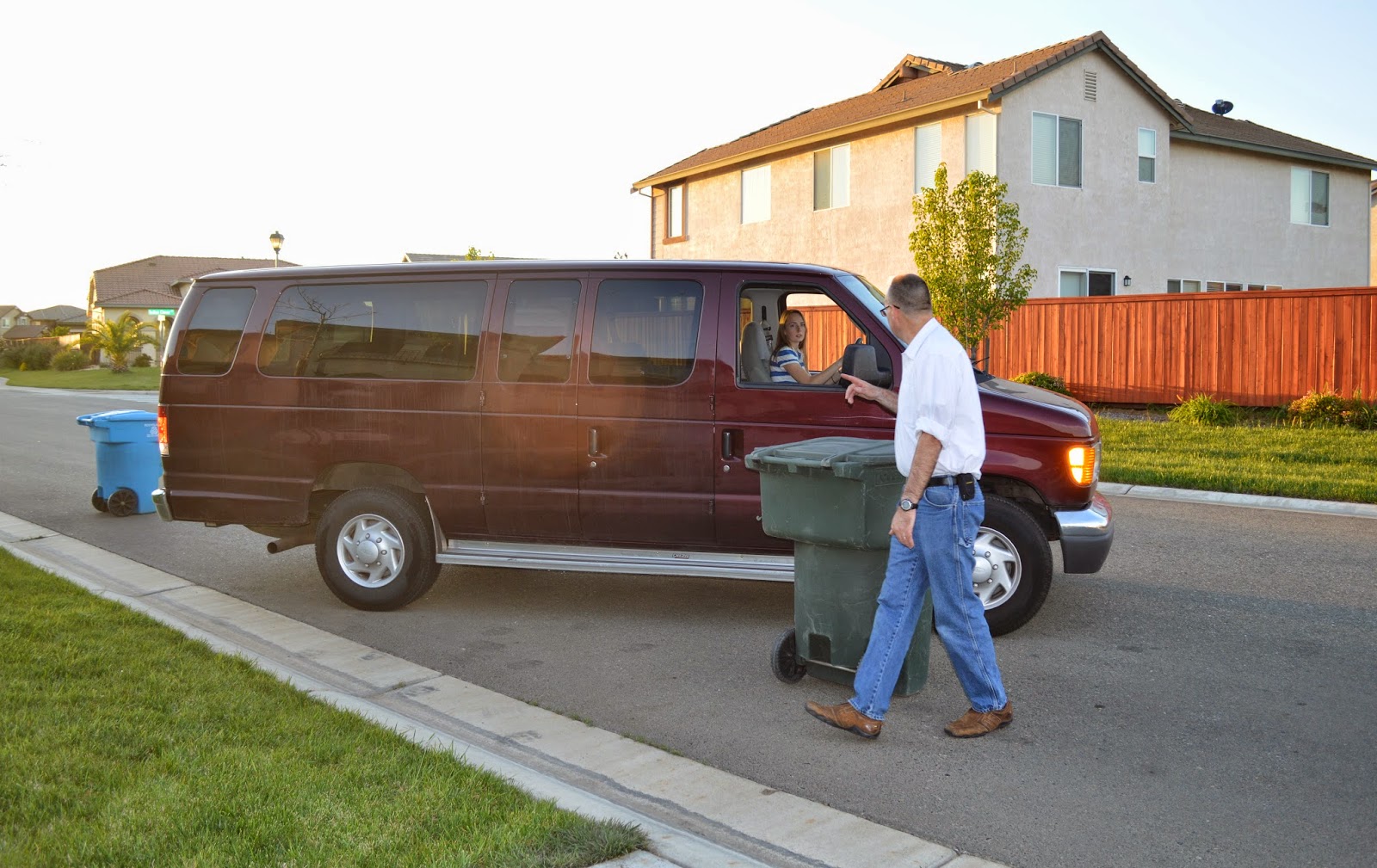 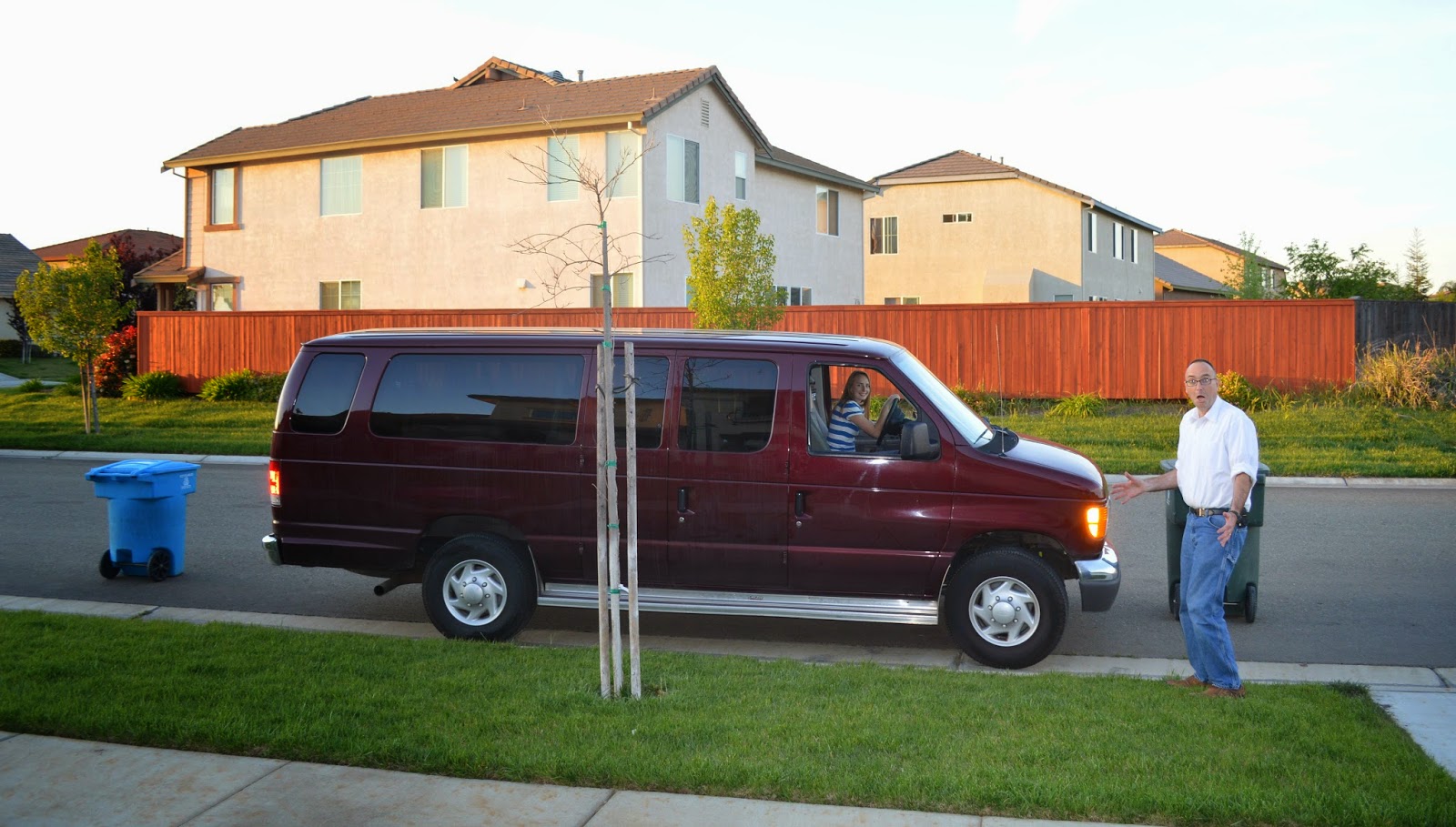 Impressive!!! I don't think I can do that.
Unfortunately too many motorcyclists forget the rules of the road.. and then all I ever hear is cars are supposed to watch for them... well sheesh if they were where they were supposed to be, I could