As previously noted, we've been amazed and fascinated by  the lifespan of my birthday balloon (Jan 24). It was still up on the boys birthday in February.

Michael started a contest. We all guessed when the balloon would come down - the day the ribbon would touch the floor. Stacia guessed way after all of us - March 26th or 28th....and it was still up. The top of the balloon has been touching the ceiling, but we began to see movement last night. 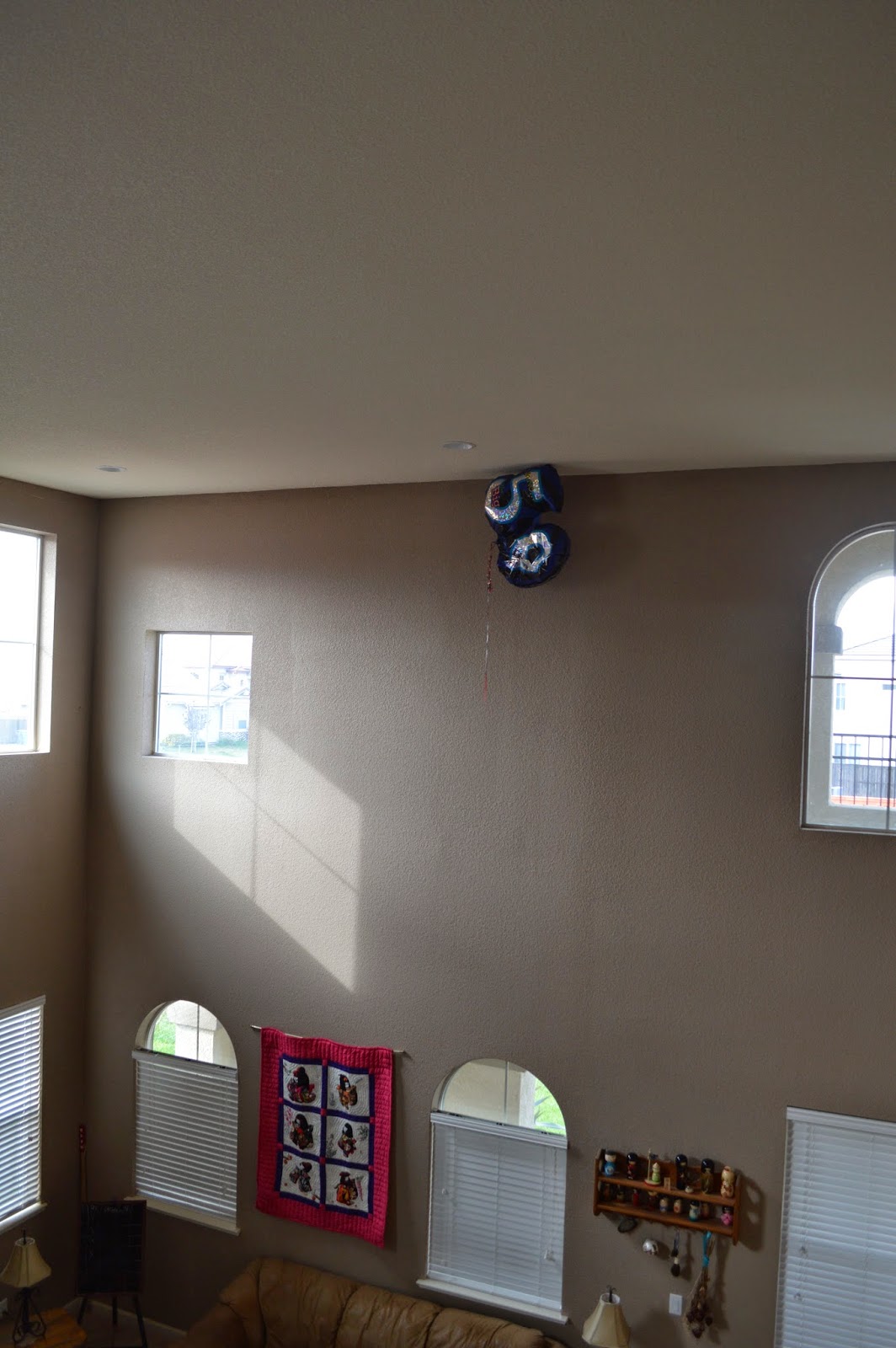 This morning the ribbon was touching the floor. It's a good thing he thought to define so carefully, as someone DID try to get us to wait until it was on totally deflate. 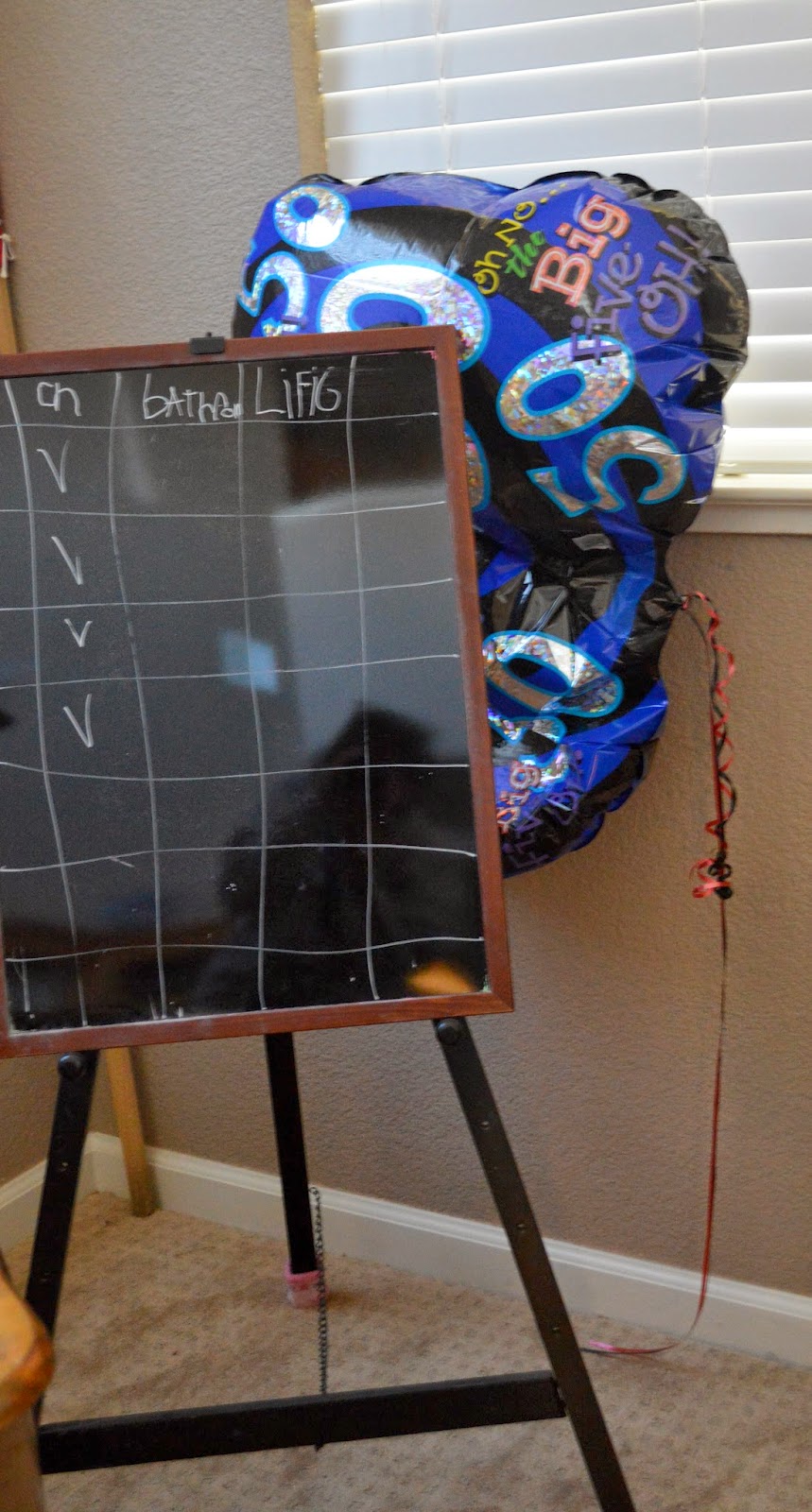 I don't think we've EVER had a balloon last 2 1/2 months. Stacia tried to get it to go back up. Her new guess had been Easter. She said it had to land on a Holiday. 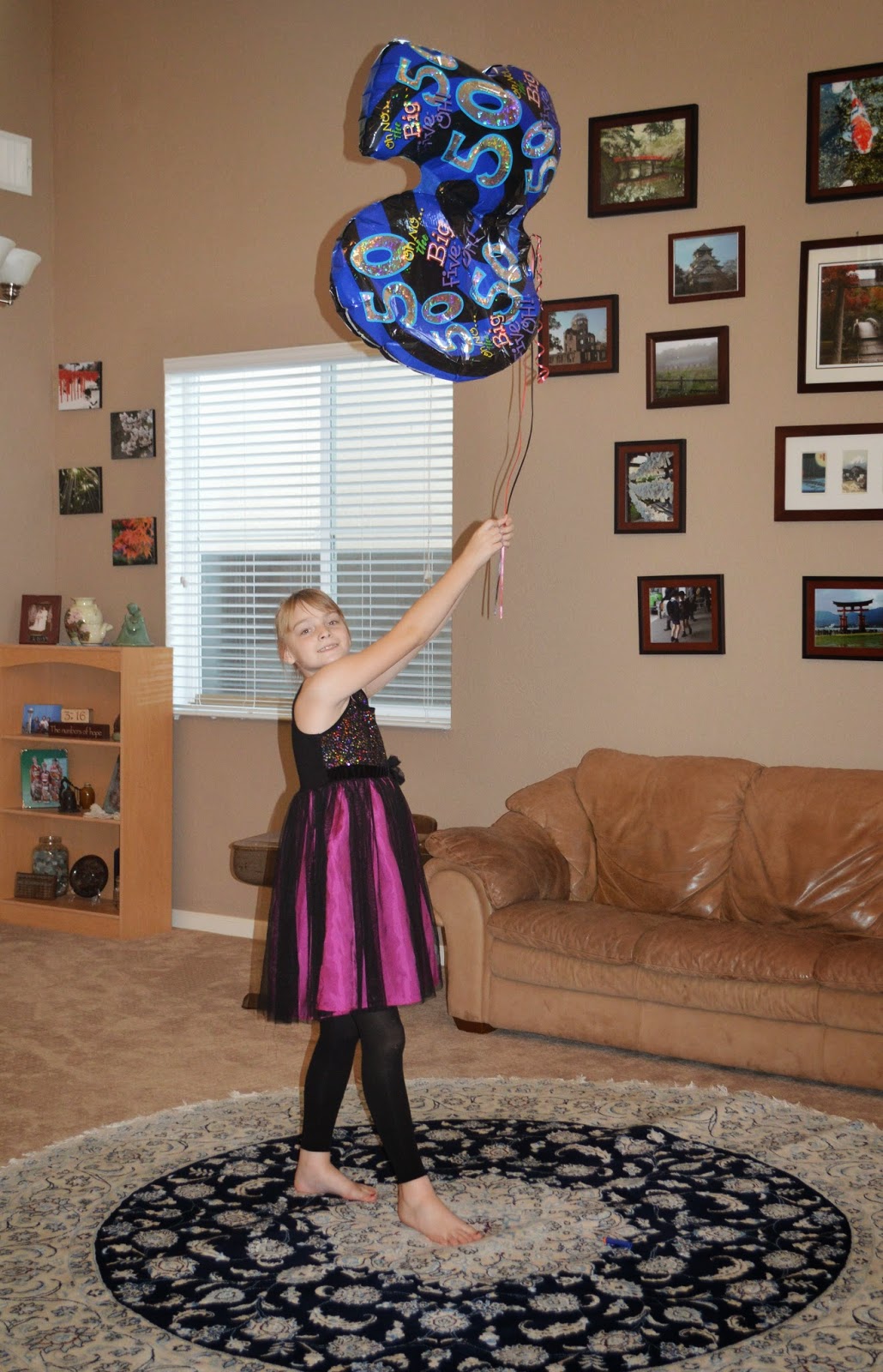 Careful checking showed Nolan had guessed yesterday and was the closest. 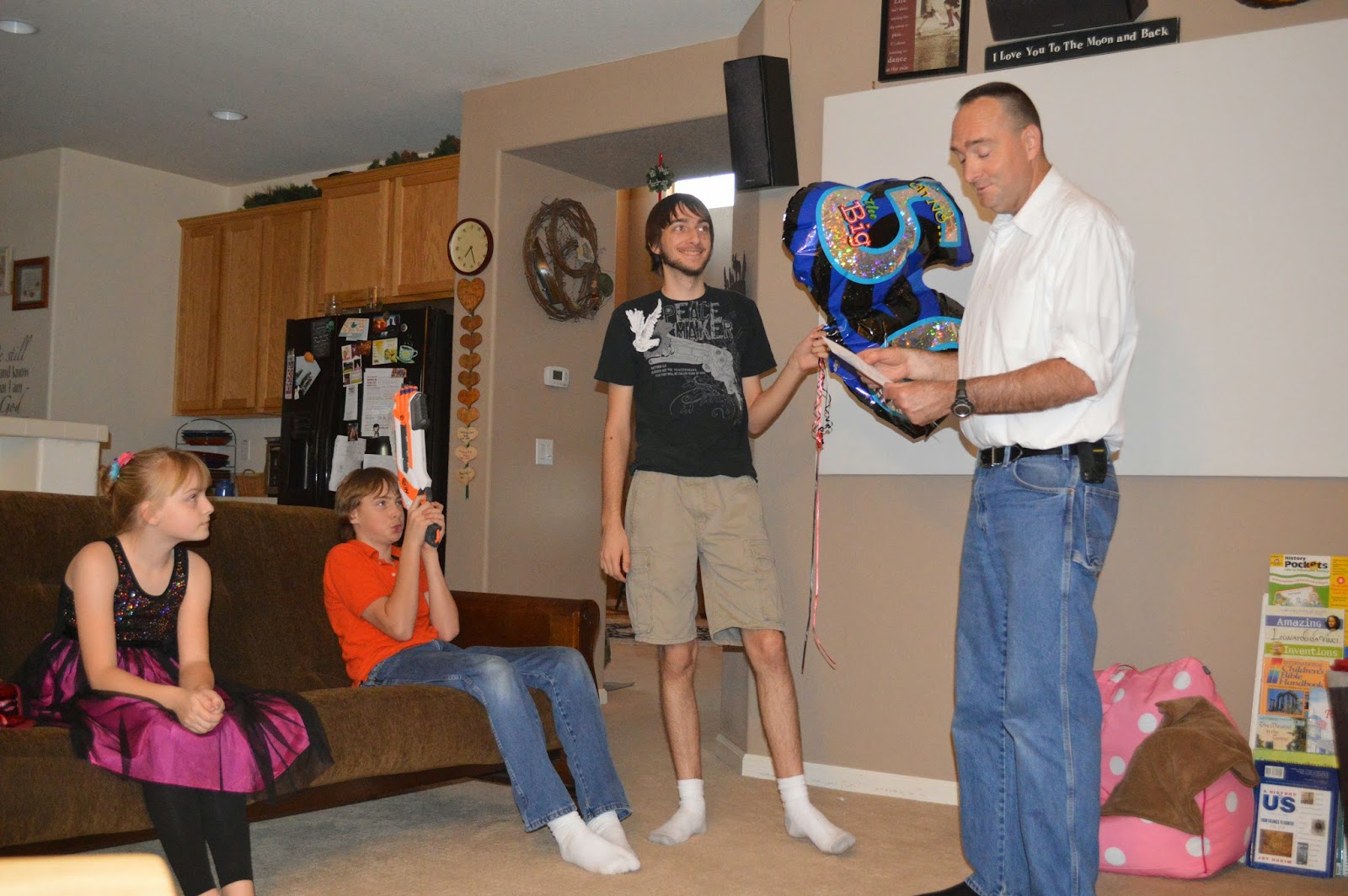 The kids didn't know there wouldd be a prize. He was happy. 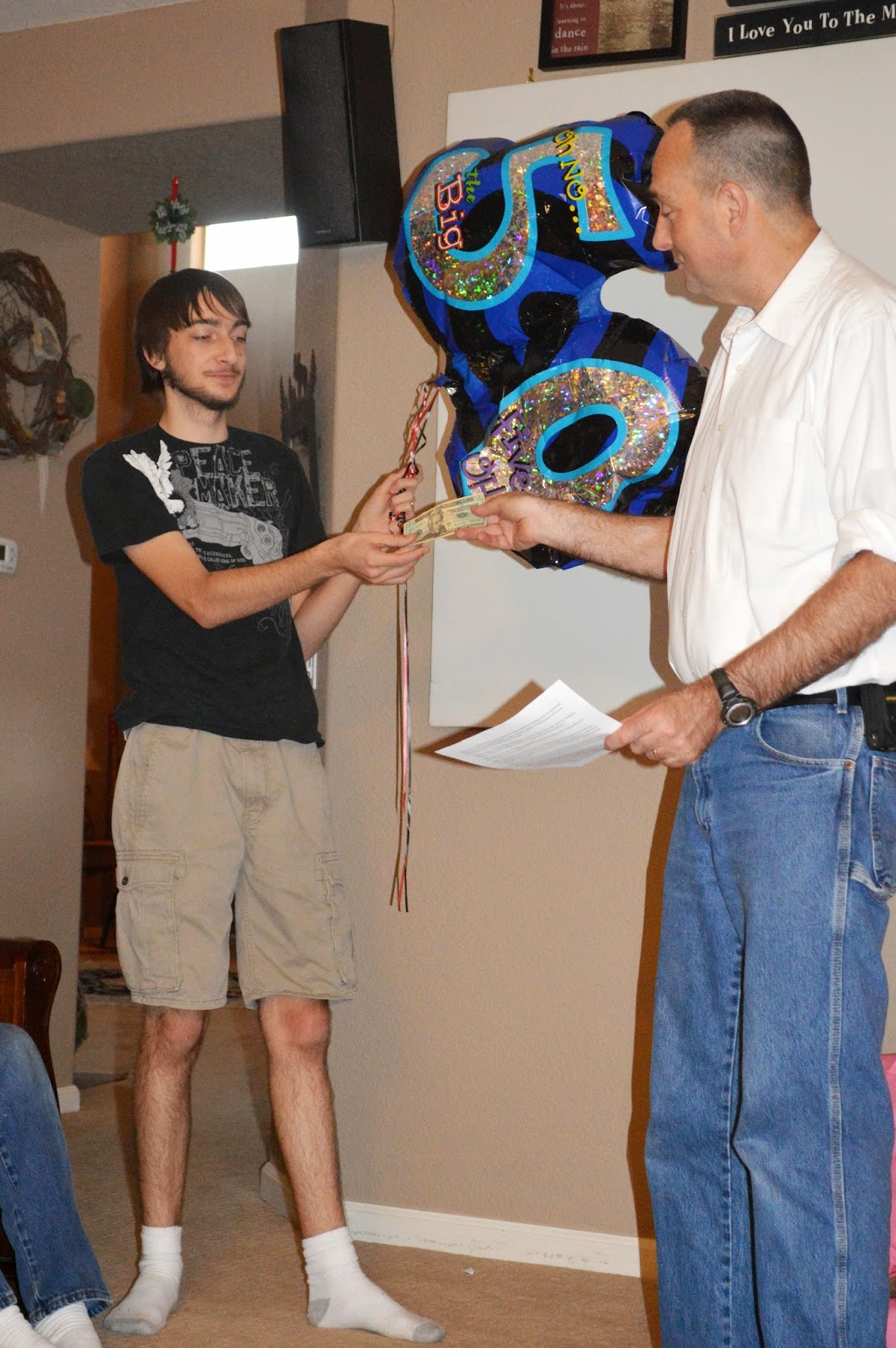 In other news, I seem to have the flu. I put off admitting it until I began actually heaving....so here I am....the rest went to chapel, had lunch, shopped for a grill so we can have a chapel wide BBQ next weekend, went to see Captain America and practiced driving.  I laid around all day - alone.