Protestant Parish - and other - CHRISTmas cards

There were a few skeptical glances (and I'm sure words which I didn't hear), when Michael suggested we create a Christmas card to display at the bases "Holiday Card" line up...... we have done this at several other bases and knew it could be done.  In recent years there had been no "religious" Christmas cards and many Holiday card.

This was truly a joint effort. I love the fact that so many played a part in pulling this together.

The PAC approved it.

Cynthia dogged down base approval. It seems at this locale only "squadrons" are allowed to display cards. She finally reached the right people to give approval for us to have a card as we ARE a Wing Agency - though not a squadron per se. 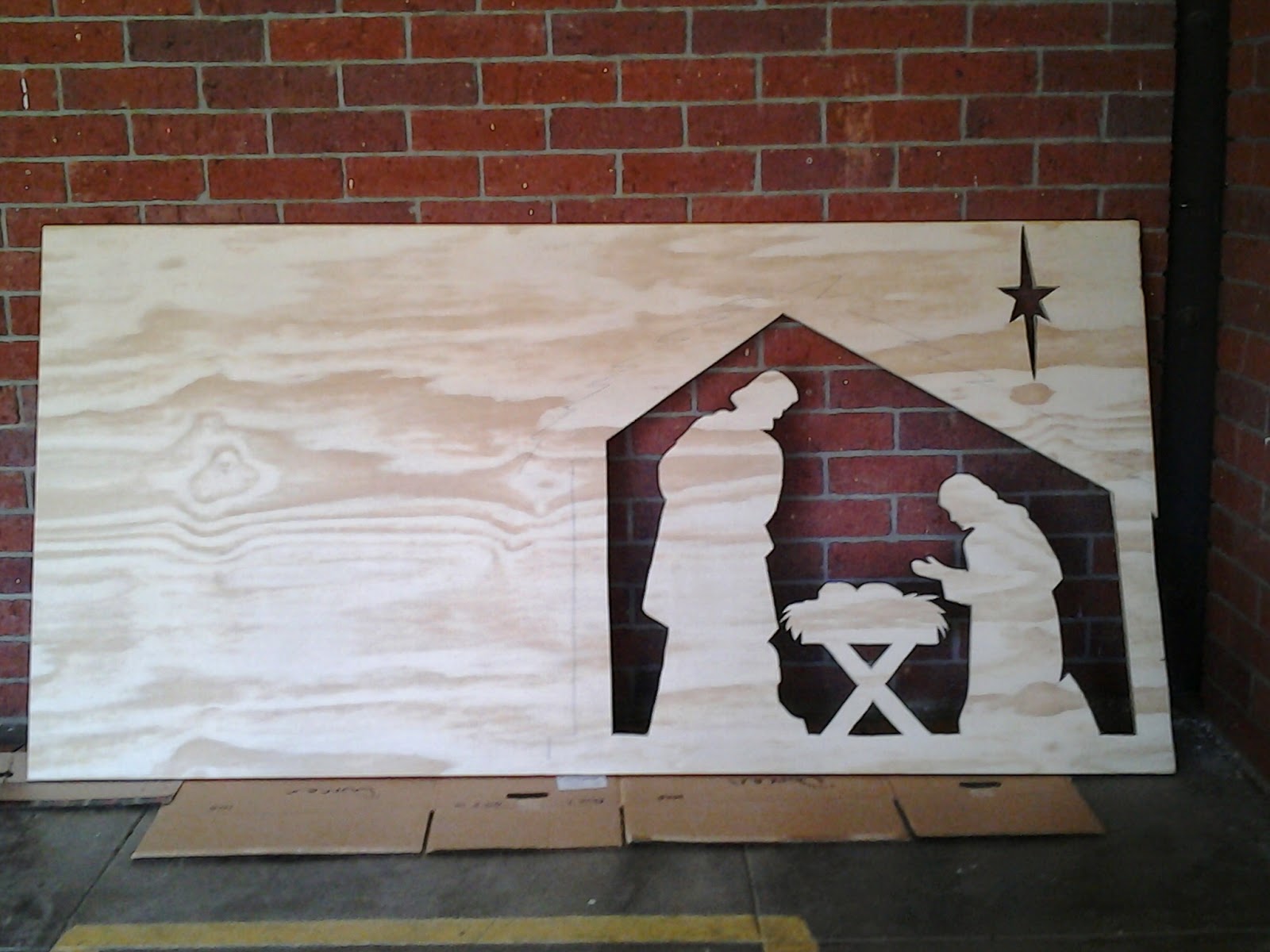 Michael began sharing designs. I contacted Erika, the artist behind our Christmas Card in Misawa. She sent a power point we could project for our wood workers and painters.

Cynthia and I picked up the needed supplies from C.E.

I delivered the wood to Ch. Tangen. He adapted the design a bit and cut it out for us.

Michael went shopping for colors of paint the base didn't supply, a backing and light supply.

When the Parish had our monthly fellowship and Christmas Decorating extravaganza (a very good idea too), Daniel and Zay gave the card a black coat. 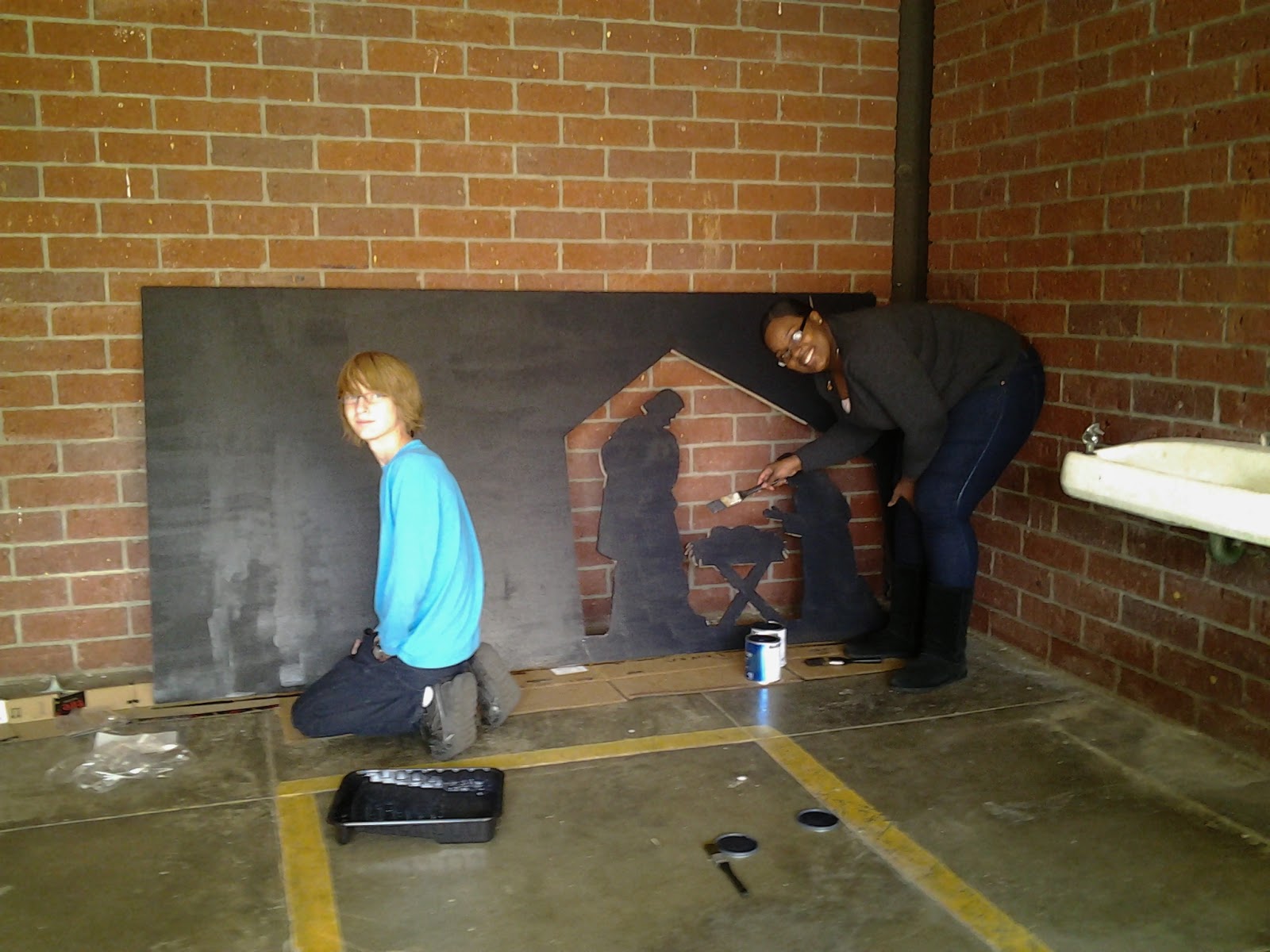 Michael gave it several shadowy blue coats.....next he and Nolan projected and traced the wording on to the card.... 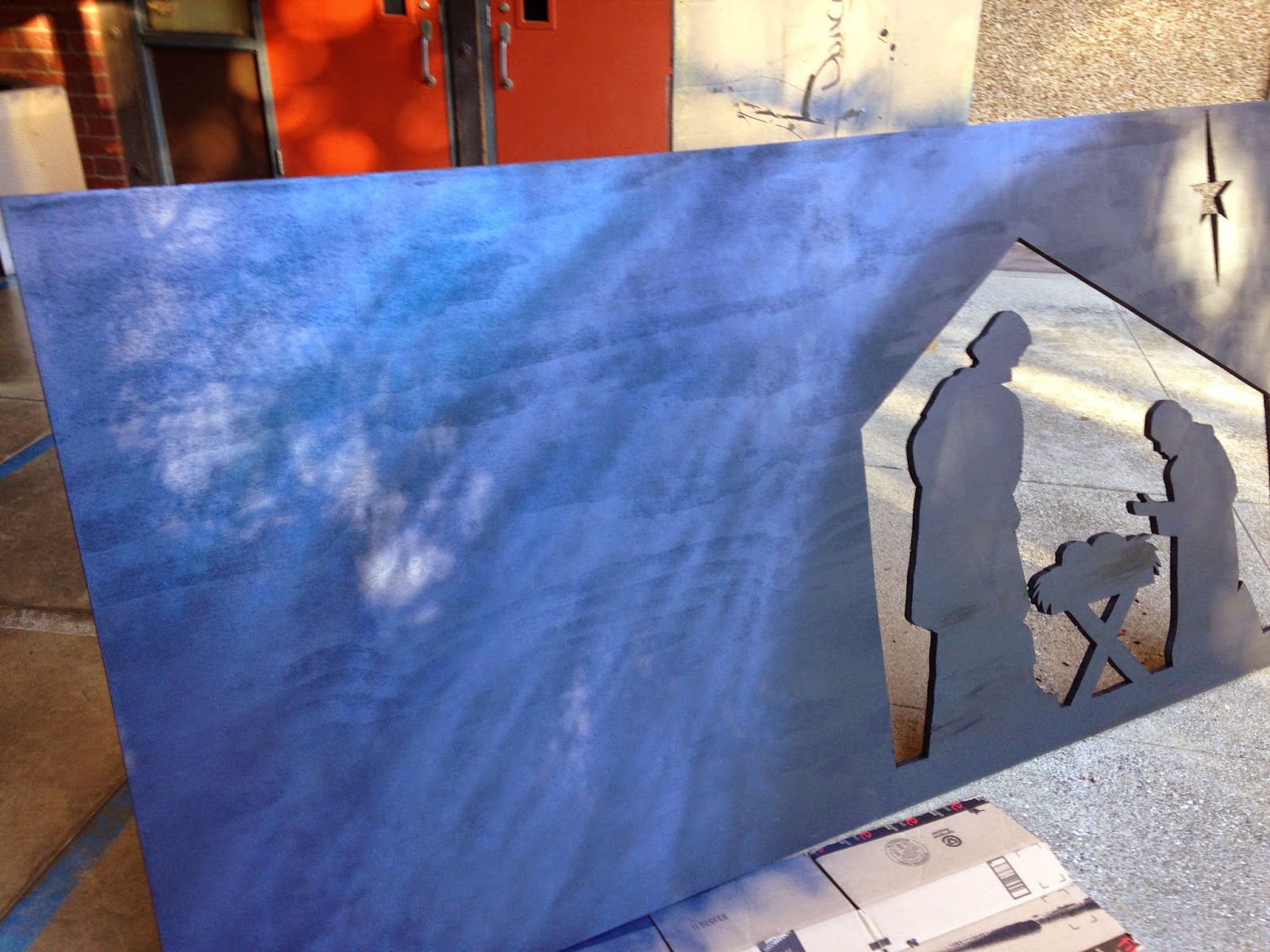 Cynthia and Cyndi painted the lettering  - a couple of times 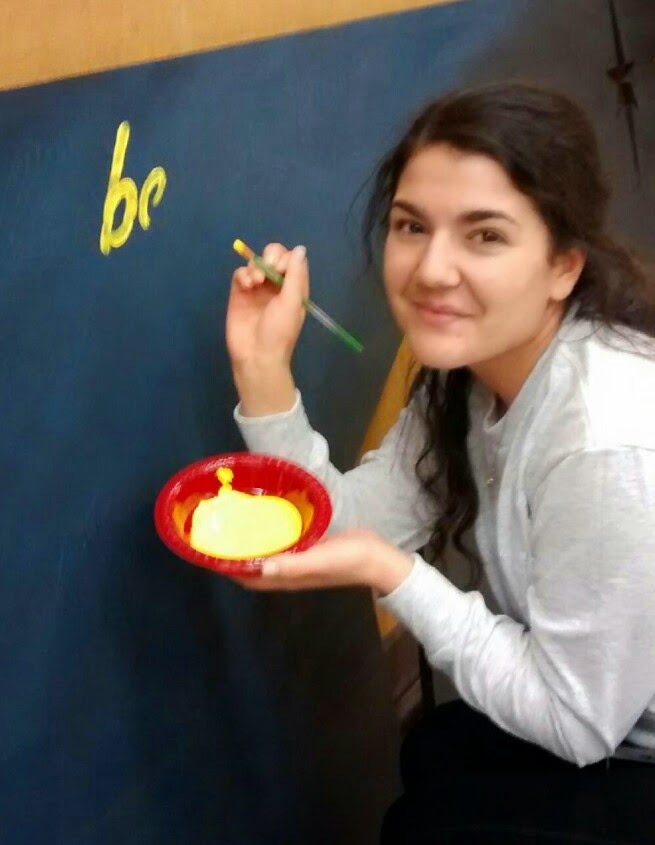 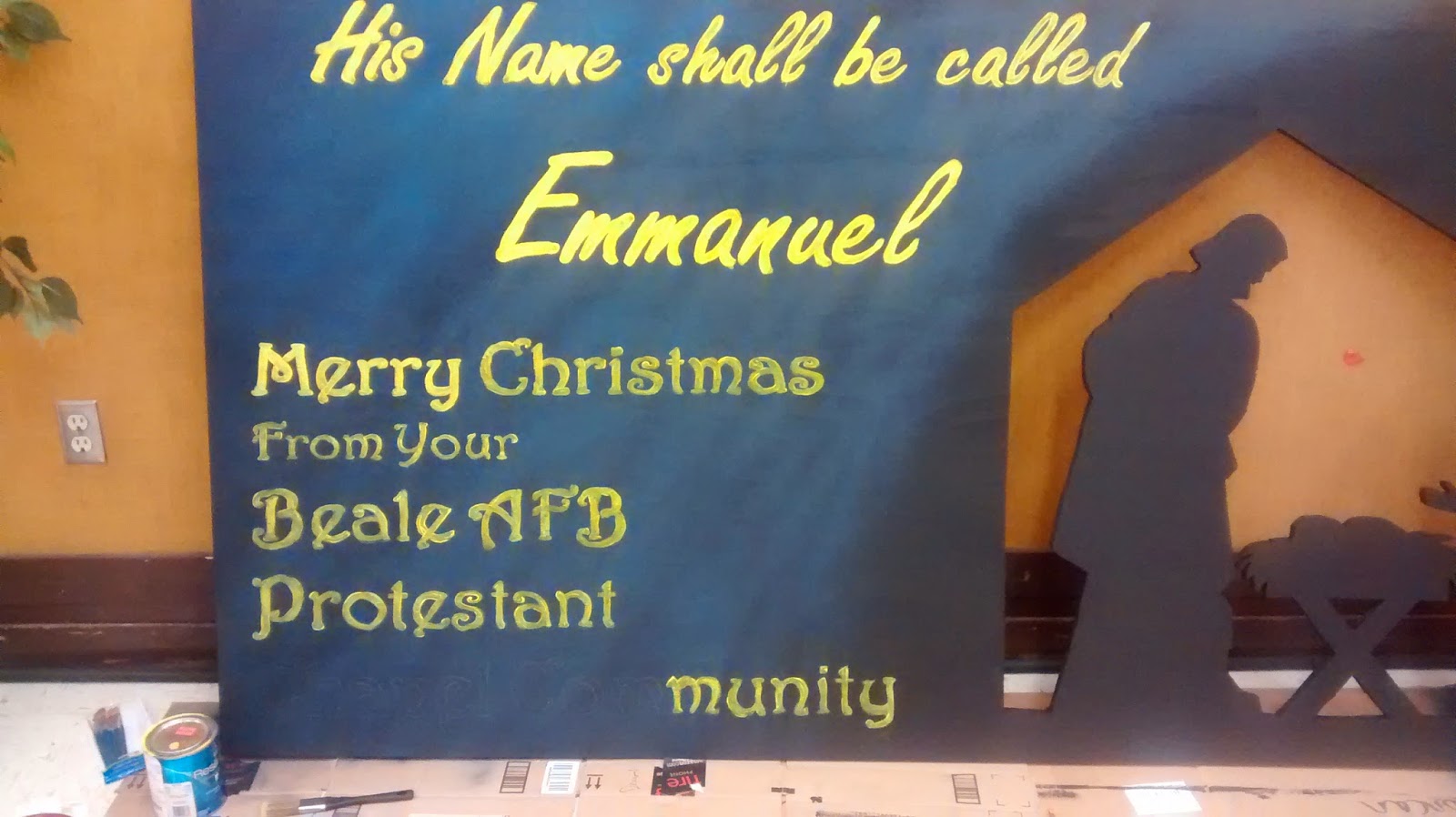 Michael and I made another trip for a different backing. He also discovered this base doesn't light up their cards. Every base we've been at has provided little spot lights and electricity  to light up the cards. He bought some solar lights.

We went in last Sunday night to put the back on the card...... 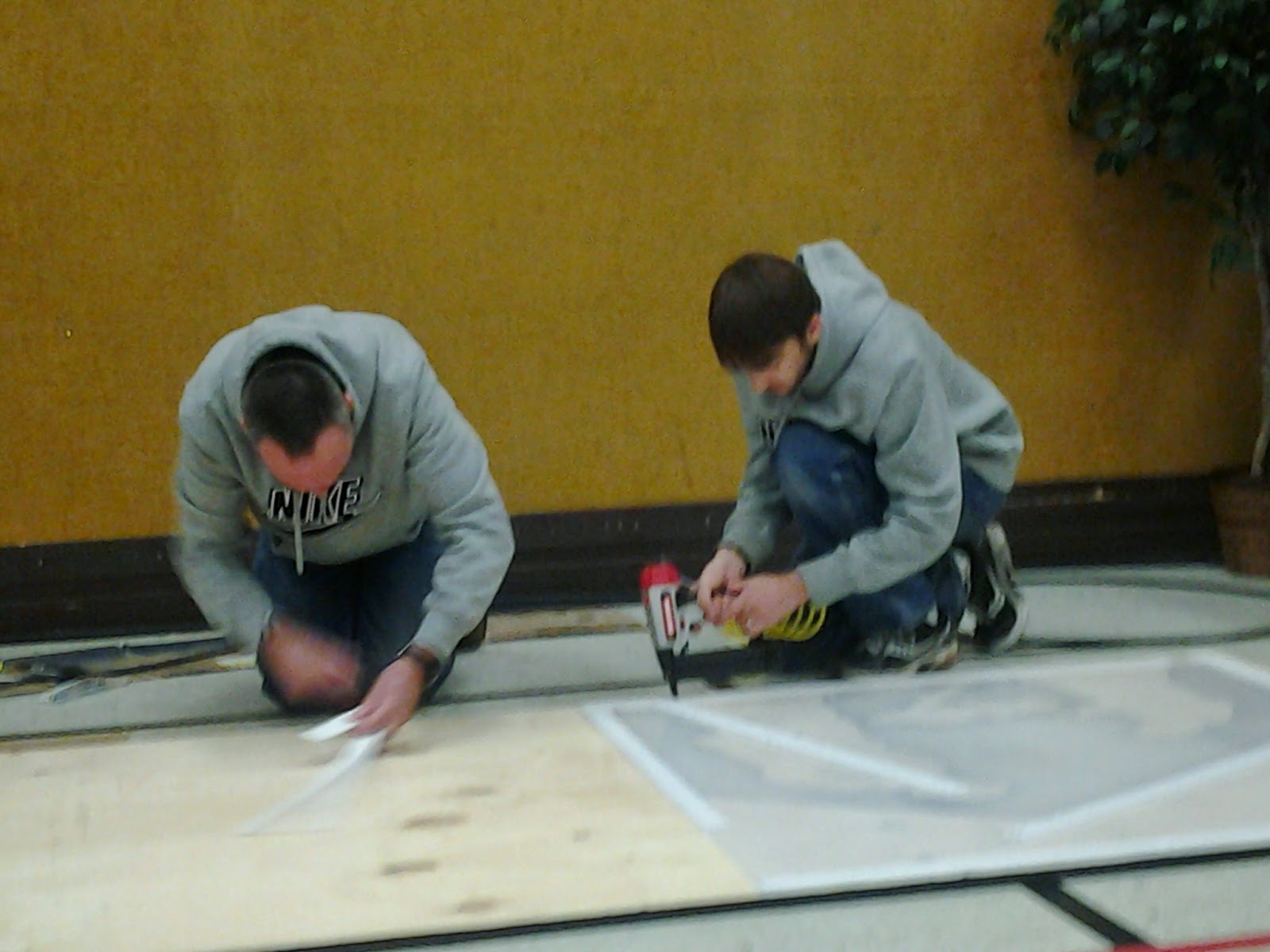 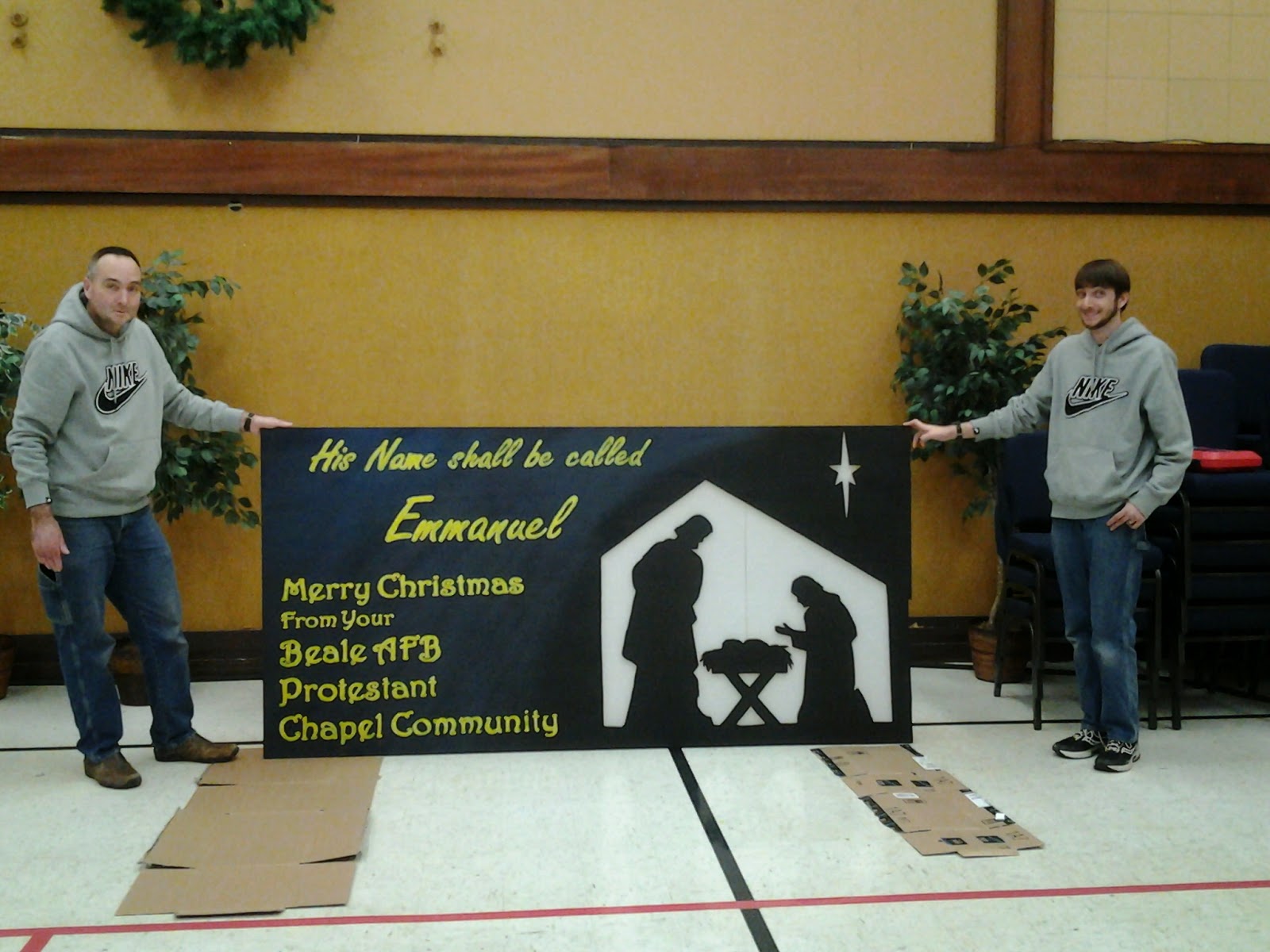 Michael took the card over the C.E. and C.E. put it in place.....we have a Christmas card.....and the best thing is the Catholic Parish has a Christmas card and one other organization also went with Christmas this year. We've covered all our bases...secular, politically correct...and together, we all brought Christ to the Holiday Celebration.

Last night was the Base Tree Lighting and I took photos of all the Christmas cards. Turns out the CHRISTmas cards are the only lit cards..... I'll get photos of the others another day. 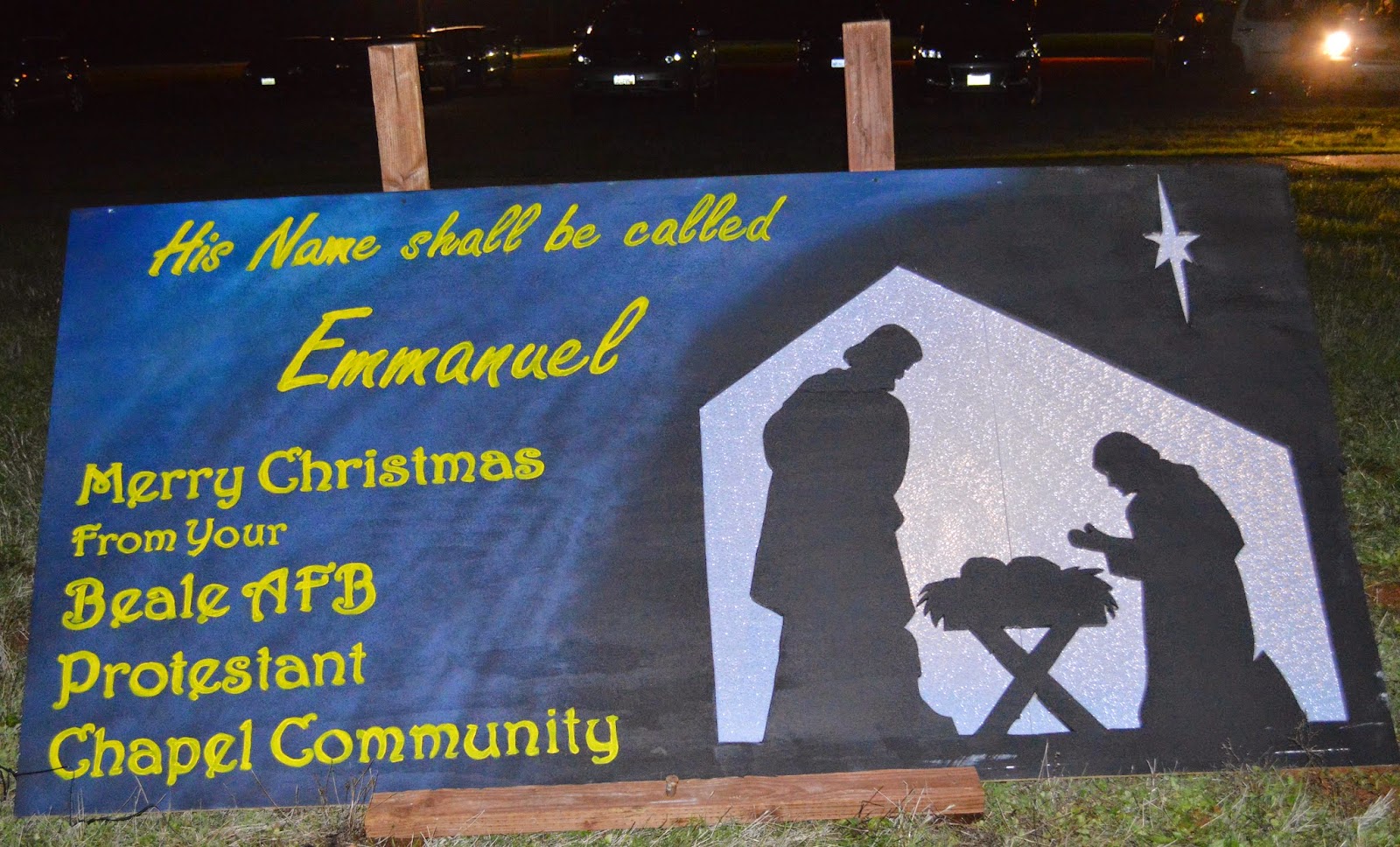 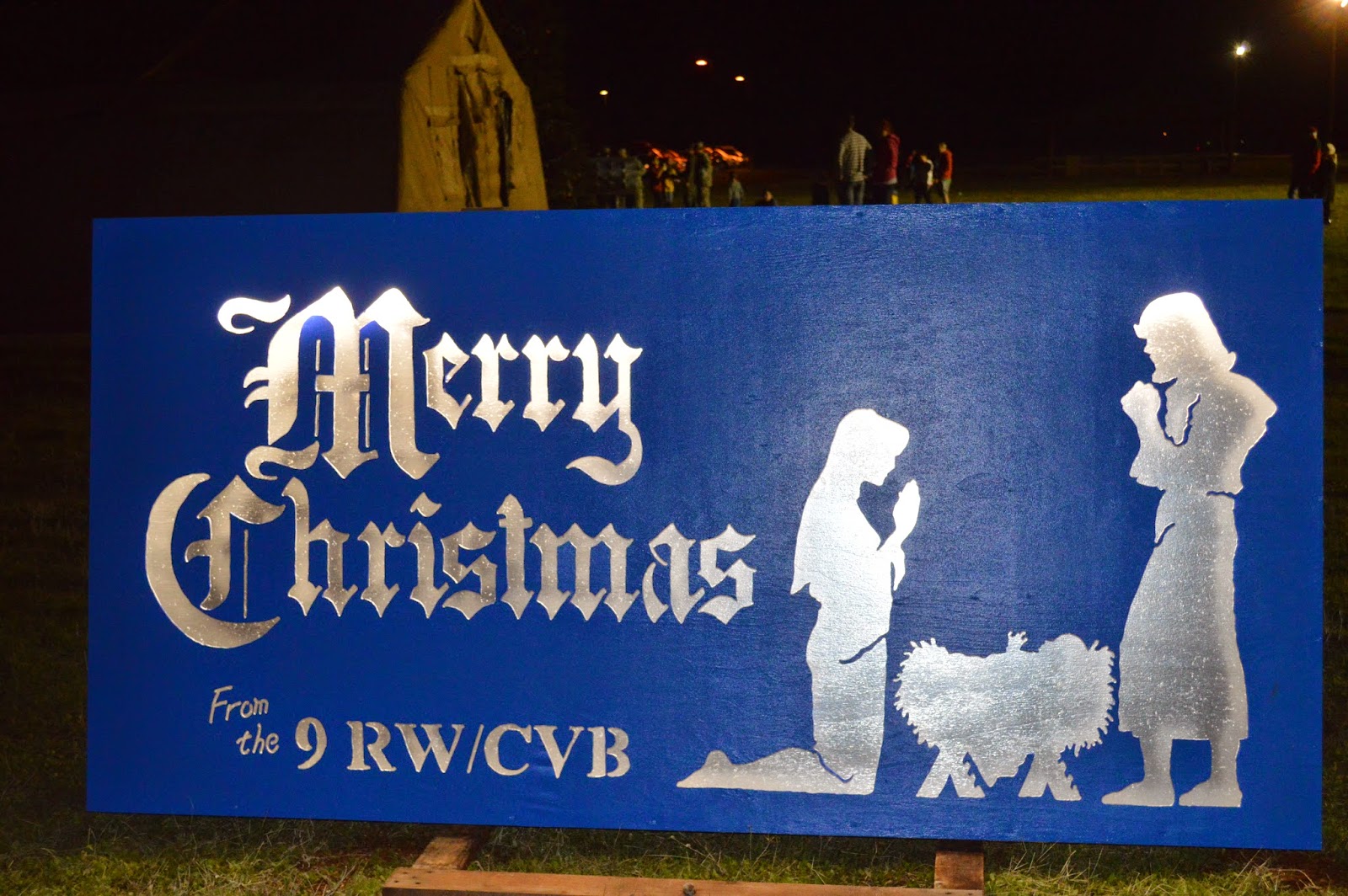 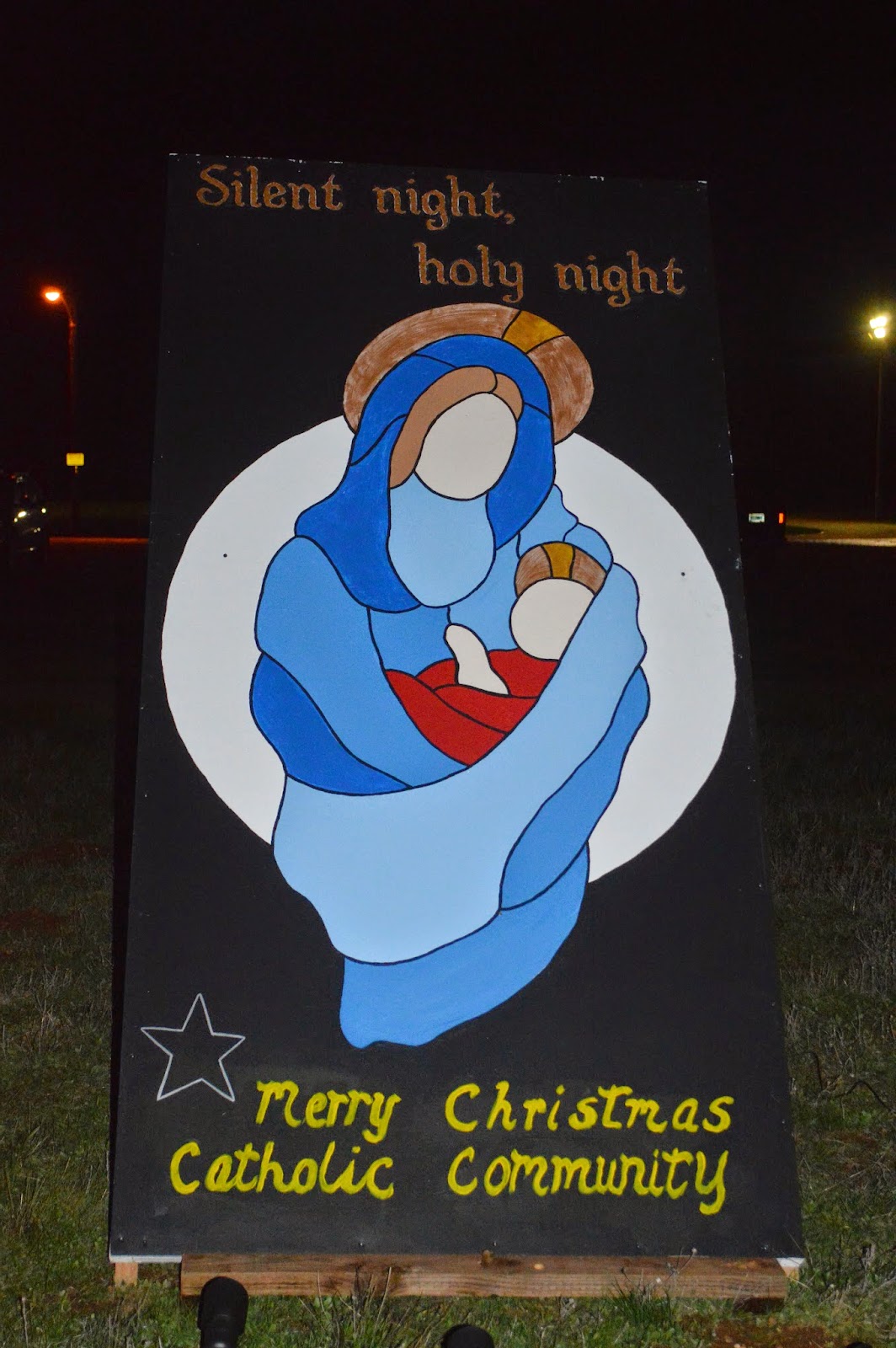 I love this! Just beautiful.