Arielle woke up this morning feeling terrible. She asked, and we agreed, that she stay home and sleep in the trailer.  We were glad today is a "down day" and not a "travel day." 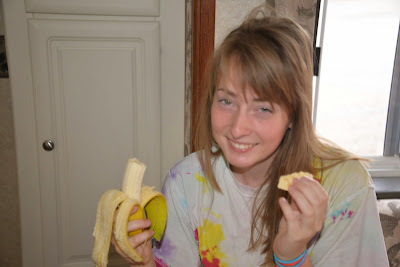 The rest of us had a full day exploring the area. Our first stop was the Meteor Crater outside of Winslow, AZ - or Flagstaff if you prefer.  We were pleasantly surprised active duty members get in FREE. Bonus!  Michael had visited 42 years ago and thought it would be a fun stop. He was right. Things have really changed in the past decades. They now have a movie, museums, guided tours and many more ways of viewing and interacting with the crater. The kids really enjoyed themselves - we did too. ﻿ 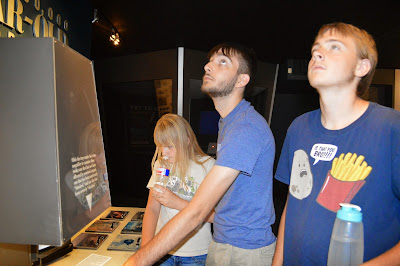 Steven took us on an one hour guided tour where he discussed the history of the crater, the geology and took us around for various looks. 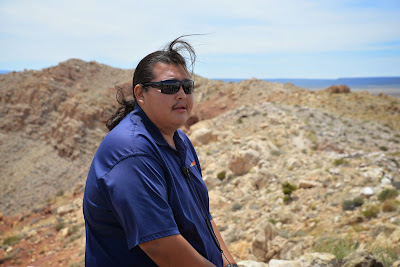 This is the new center with theater, museum, Subway, gift shop etc. 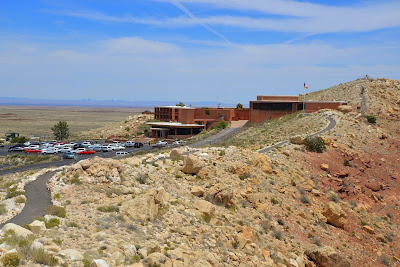 From evidence they've uncovered they estimate the meteor was traveling 26,000 mph as it passed through Earth's atmosphere and struck the earth with a force greater than twenty million tons of TNT. They said the explosion had the force of 11,000 Hiroshima bombs.  The meteor is guessed to have weighed 150 tons. 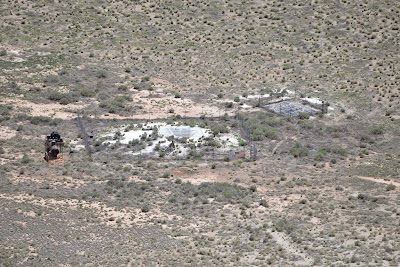 The giant bowl shaped crater is the most intact meteorite impact site on earth!  This is a desert. There is an average of 7 inches of precipitation (rain and snow) a year. Nothing has eroded the site or begun to grow in the site. It's amazing.  It is a mile across and more than 550 feet deep. A 60 story building could sit on the floor of the crater and it's top would barely reach the crater's rim.  Twenty football games could be played in the bottom - with 2 million spectators lining  the sides of the crater.

The crater so resembles the topographical terrain of the moon that astronauts were trained here.

This is the best we could get of the entire crater. 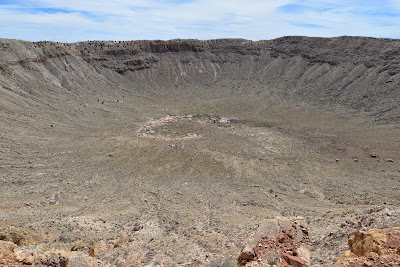 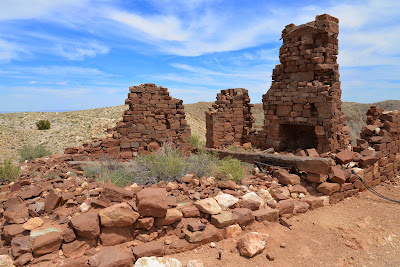 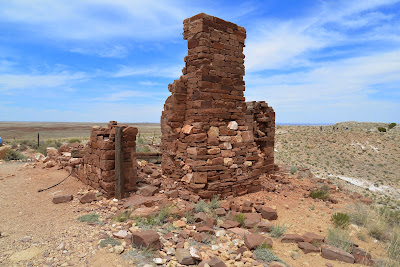 This is not a national park or monument. The mining rights to the crater itself (2.5 acres) were bought by a Mr. Barringer (can't remember his first name). He explored for 27 years and tried to convince scientists this was a meteor impact. This was before bombs that vaporize on impact and before much was known of space. Barringer died in 1929 never having the satisfaction of his convictions verified by Science. His children and grand children now own the rights to the 2.5 acres. Mining rights were given before the national park system existed.  By the 1960's the geological evidence, the testing of bombs, the dropping of the nuclear bomb had changed the way people thought and the crater was declared a meteorite impact site.  Barringers descendants are set for life.  A couple of ranch families had purchased the 300,000 acres around the crater for open ranching. It's the 3rd largest ranch in Arizona. They began to notice lots of cars going across their land and  began to captitalize on it all....a corporation was formed, roads built, RV park and gas station put in....and all the descendents are now sitting pretty....though their ancestors could not have foreseen this turn of events. That'll preach.

One of the final "proofs" of this being a meteor is the inverted stratification in the area. This was FASCINATING. The area around here is covered in red sandstone. The crater has giant boulders of rocks which are found 500  - 900 ft down (we think it was limestone) on TOP of the red sandstone....all the layers are mixed...fossils are amazing. 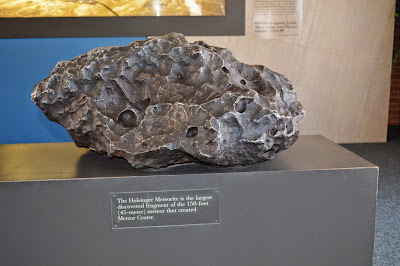 The Holbinger Meteorite is the largest discovered fragment of the 150 foot meteor that created Meteor Crater. It weighs 1, 406 lbs. We "wished upon this shooting star."


Here are a few more photos from the day in random order. 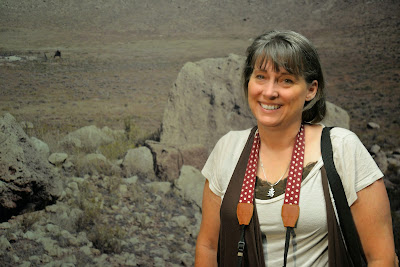 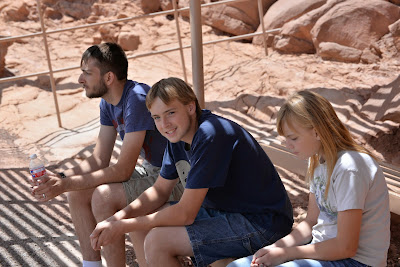 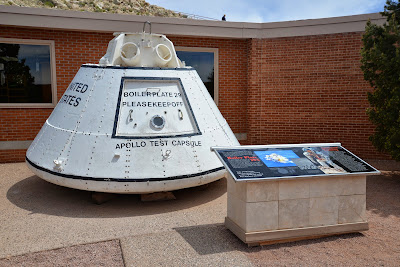 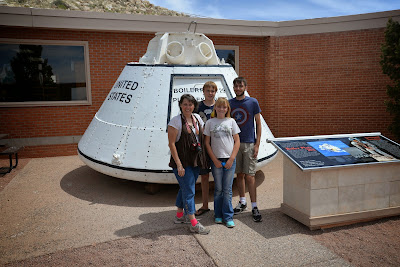