Nolan and I picked up a brochure at a fuel stop on The Oregon Vortex. Michael said he'd heard about it before. To be honest, he was skeptical. It looked interesting to us....the campground was FULL of campers communing with nature by smoking and drinking outside their trailers. We, no longer being  campers,  can commune with nature when they all go home. We decided it would be a great day to explore the area, rather than the campground.


Michael taped my ankle and told us to load into the car. I was able to ride with my foot elevated and with it taped it felt pretty good. We headed out to find things which would have little hiking. 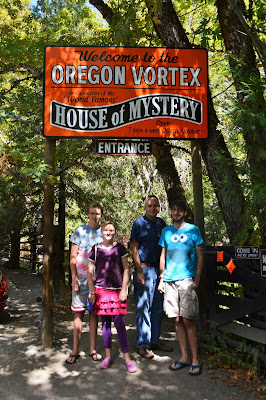 We checked out the little town of Gold Hill, Oregon and ended up at The Oregon Vortex.  I did a bit of internet research and ran across the comment that the owners claim to be involved in the paranormal - that is not at all what we experienced or were told.  This area was known to the Native Americans of the area as the "forbidden ground."  Their horses would stop at the edge of the vortex and refuse to enter it. Animals still don't come into the area on their own. There are no birds, rabbits, raccoons...only snakes and insects - which I think has deep meaning.  In the 1850's a gold assay office in the center of the vortex consistently weighed the gold wrong. That assay office is now the "House of Mystery." You may be able to blow these info boards up if you are interested in more details. 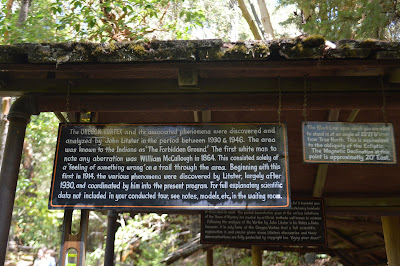 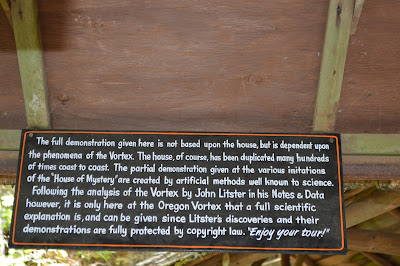 There are a series of level  platforms around the area for various demonstrations. Most involve perspective change. People seem to be taller when they move to the magnetic south of the platform. 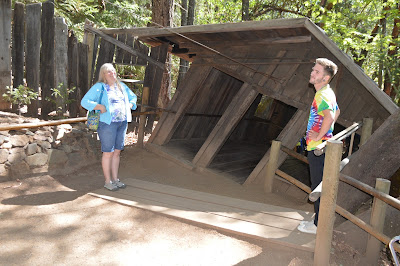 All seem to lean towards due north when in the area. We experienced this. When we got to the center of the vortex, many got motion sick. 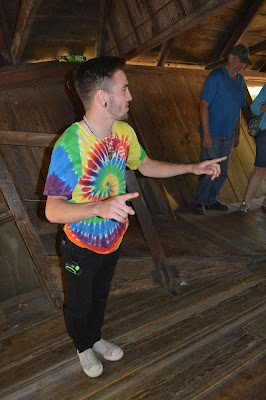 Inside the House of Mystery, you step UP to appear shorter and things rolls down and then return and roll uphill....Poor Nolan never got to catch the rolling bottle as it stopped short and started rolling uphill each time. They stress the HOUSE can be replicated but they only use the house so you can see the dramatic perspective change....all the effects are duplicated outside of the house. The height change effect has not been duplicated in any of the "copy cat" mystery houses around the world. ::grin:: 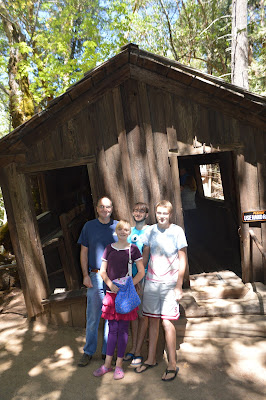 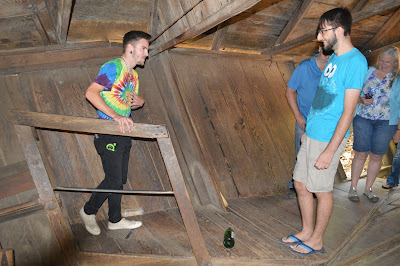 It was fascinating. Some of the demonstrations were very interesting, while some seemed to be manipulated.  Like this one which was to demonstrate the blind  sense the difference as well....on the south side his shoulder was lower and supposedly on the north side it was  higher...I discovered this with my eyes closed. Michael rightfully points out that he does seem to be standing with a different shoulder deliberately raised higher each time....one of those demonstrations which seem to have been exaggerated. 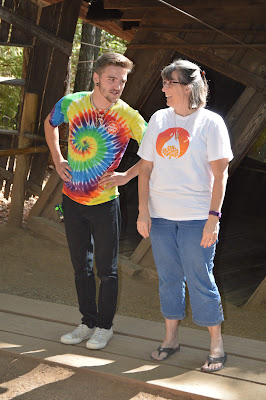 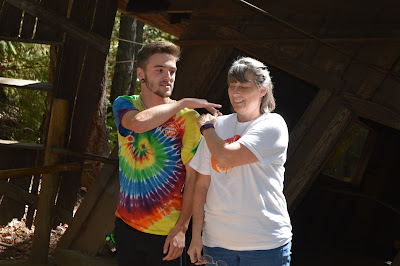 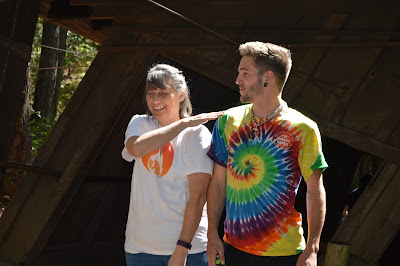 There is no doubt the angle changes on this platform.... I was fairly excited to be nearly as tall as Nolan. 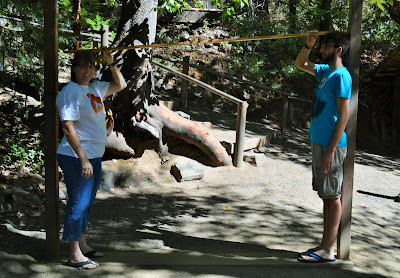 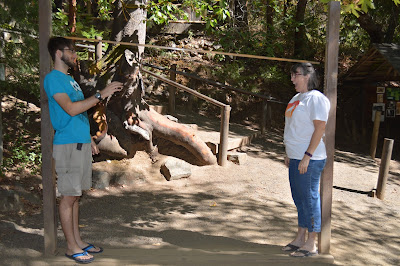 We still have one dedicated skeptic and the rest of us are in the "hmmm" category. Even our skeptic  admits  there were some interesting, unexplainable phenomenon. We all admit there were a couple of instances where we think we caught the guide manipulating the demonstration to exaggerate the effect.


We found this excursion to be interesting, quirky and fun - just our sort of outing. They gave a $1 military discount - never hurts to ask.

Cool. Izaak has told me about that place. It sounds interesting: )
Bre D

This reminds me of Calico Ghost Town near Barstow. They have something very similar.