Castle on the Hill ~ Eugene, OR

Completed in 1888, the Shelton McMurphey Johnson House, or the "Castle on the Hill" has watched over the city of Eugene, OR for over a century. We noted the house on our train rides in and out of Eugene and have tried twice before to visit. 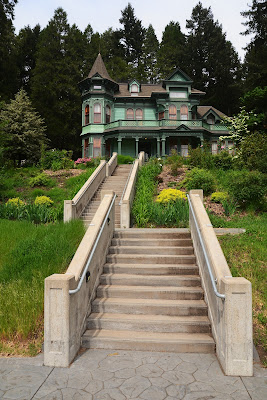 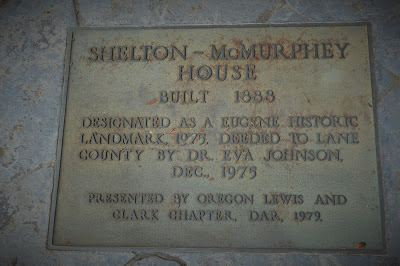 I read the website wrong and we showed up just as they were closing a bit after 1:00 p.m. The curator was gracious and allowed us in and told us to take our time. She answered our questions, gave us self-guided tour notebooks and made herself available for more questions at the end of the tour. Wonderful customer service. 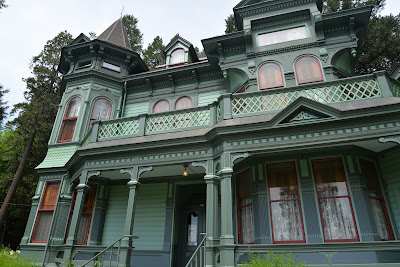 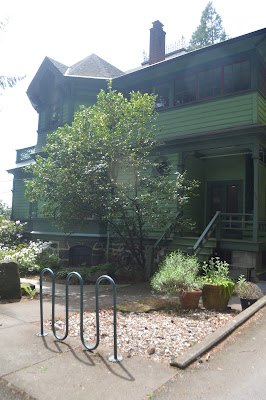 Dr. Thomas Shelton, and his wife Adah, originally bought over 300 acres from Mary Skinner. They owned the entire Skinner's Butte.  Early pictures show a grassy knoll with grazing sheep. They (and the McMurphey family) planted the many trees and bushes which currently thrive on the butte. The property now consists of 1 acre.  The house has survived two fires. The first was started by a disgruntled workman before the home was completed. The house had to be reconstructed. Total cost came in at $8,000. The second fire occurred during a remodel.

Dr. Shelton established a lucrative medical practice.  He was also a druggist and part owner of the first water utility company in Eugene. The Sheltons lived in the Castle on the Hill until 1893, when Dr. Shelton died of Leukemia at the age of 49. Adah sold the house to her daughter, Alberta.
Alberta married Robert McMurphey in an alcove in the parlor. The couple had four daughters and two sons. Three of their daughters were married in the same alcove. The house is currently hosting an exhibit called the Traditional Bride. Informative reading on various wedding customs, along with antique wedding attire are sprinkled throughout the home. 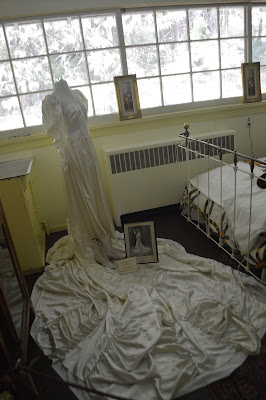 Alberta was one of the first graduates of the UofO's school of music in 1886. She taught music in the high-school until her marriage, and then offered lessons in her parlor. Robert McMurphey was involved in real estate, insurance and became manager of the Eugene Water company - founded by his father in law. He also owned a woolen company.

Eva Frazer Johnson returned to Eugene with her mother, after the death of her father while she was an infant. She lived around the corner from the McMurphey family and was good friends with the McMurphey children. She grew up loving and dreaming of living in the Castle on the Hill. She married Curtis Johnson and both became doctors. Curtis specialized in Pediatrics, while she specialized in General Medicine. Eva became a pioneer in Psychiatry and specialized in personal and divorce counseling.  When the home came on the market after Alberta's death in 1949, Eva purchased the home for $30,000.

The Johnsons had the turret restored and Curtis created the ultimate man cave on the 3rd floor. He once locked himself inside and so cut a small hole through the wall to reach out and open the door. I'm not sure why they didn't install a knob that would open from the inside. LOL 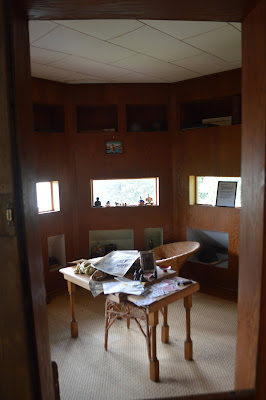 In her later years, Eva rented the upstairs rooms to university students and single parent families. She offered the home to her children in 1975, but none of them were able to take it. She gave the house to the Lane County Historical Society with the stipulation that she be allowed to live in the home until her death. Eva died in 1986 at the age of 97, the home was transferred from the county to the City of Eugene. 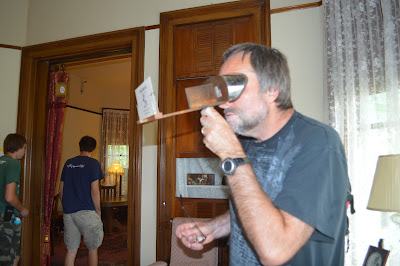 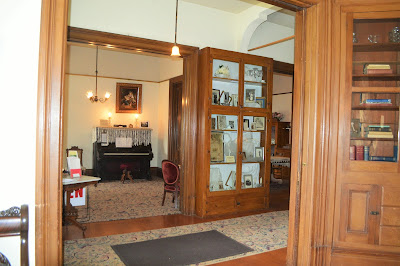 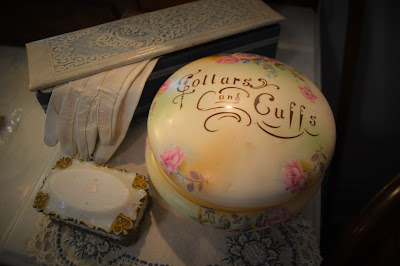 Several public teas are offered throughout the year at the house, the house is also available to rent for weddings, private teas and meetings. 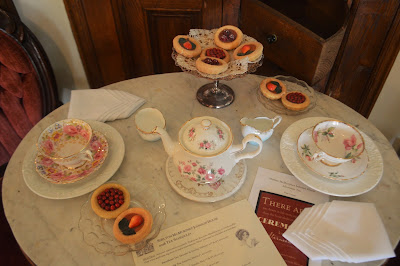 This was a fun tour and provided insight into local history. The cost was only $5 per adult with a Triple A discount.

Joyfully Penned by DeEtta @ Courageous Joy at 6:04 AM

So neat! I want to visit that! My stepmom would love it!