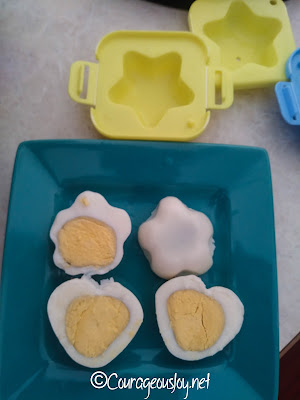 We found these darling Japanese eggs this morning. Michael was up last night and decided to try a couple. What a fun surprise.

Michael had a barium swallow test today. This is the third one since November. This one showed "marked improvement" since November.  He didn't aspirate or attempt to aspirate at all!  We will see his therapist on Monday, but the recommendation from the gal doing the test is he is ready to STOP the VITAL STIM (the shocking sessions) and maintain his progress with the exercises.  That means we shouldn't expect more improvement, but he's at a level now with his compensating strategies where he can do well. He has to be careful, but he's doing well. A concern seems to be an episode he had in therapy with liquid - but he was talking at the same time.

As we've been repeatedly told, "The swallow exercises are a lifetime activity."   In his previous therapy in 2015, the VA therapist had given him exercises....but these take 2 hours a day and are MUCH more intense.   We have been warned  he will most likely see more loss of ability in 12 - 18 months.  This is what we have experienced - it was about a year from the end of his previous therapy to him having more trouble again.  The plan is to revisit the therapist as needed in the future. Often as coordination and strength change one has to adjust how the exercises are done, and they often do more Vital Stim when a Parkinsons patient takes a downturn.  Our fingers are crossed  this is the course Rhonda, his therapist,  suggests as well. We've all been praying this was the result of the test, and it looks hopeful. The VA has approved him for another 24 session of the electrical treatment as necessary.

Michael capped off the day - or welcomed a new day - by grabbing some shots of the light display outside. 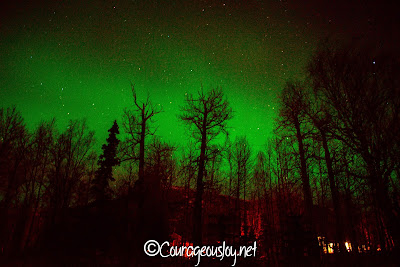 Joyfully Penned by DeEtta @ Courageous Joy at 10:50 AM

family. My love and my prayers. God is so faithful and good. His love rains

Good news but hard to hear.