4th Day of Christmas at the Burn Center

On Christmas Day, this cutie had an accident involving a ceramic stove top. I alluded to his accident in our Christmas post. We got a call that Bre needed to run to the ER; one car wouldn't start, and the other was ice/snowed into place. Cory ran Bre and Jojo to the ER. Izaak stayed with the others. 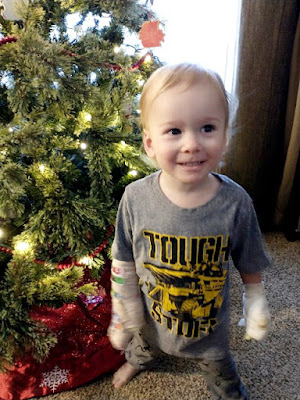 He's a trooper - quite a cheery 2-year-old too. He has second degree burns on the palms of his hands. They are bad.  The ER doc here wanted him seen on Tuesday at the state's burn center. Bre spent all day Monday calling trying to get him an appointment on Tuesday. They told her the earliest they could do was Thursday.  This morning she took the wrappings off his hands and sent a picture to the nurse at the burn center. She showed them to the surgeon and the backup surgeon. They told her to bring him in as soon as she could get to Anchorage. They told the ER at the Anchorage hospital that they were coming.

Bre still had the problem of her car being immobilized. Izaak had the van at work and was unable to get off work. Papa drove Bre, Jojo and Trudy to Anchorage. I spent the day with Bella, Gideon and Annie. It worked.  It was a LONG day for the Anchorage crew; come to think of it, it was a long day for all of us. LOL They went ahead and did "surgery" - cut away all the skin that was blistered and damaged.
Papa held Trudy for the first time today. He was thrilled. 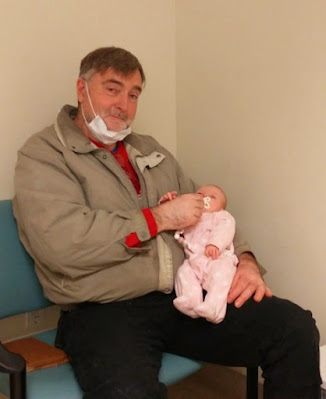 Jojo seems to be getting a bit suspicious of "special trips" with Mom and Uncles or Papa.
Meanwhile, back at the house, the kids and I played.... Bella taught me how to play checkers. I played with Gideon too. I did win, but I had to really think to do it. LOL 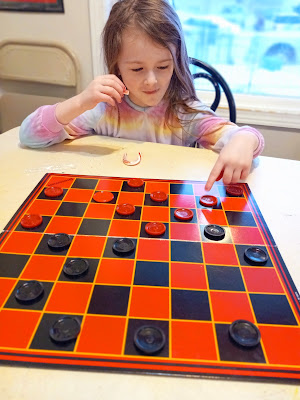 We played with playdough. I've decided I need to buy some fresh playdough for the house. I think it would be therapeutic to play with playdough every day.  The kids made cakes. 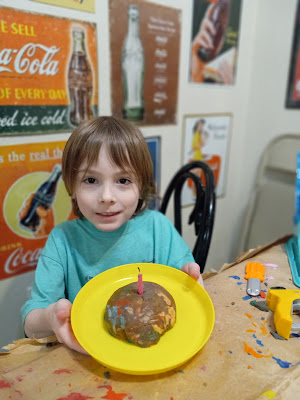 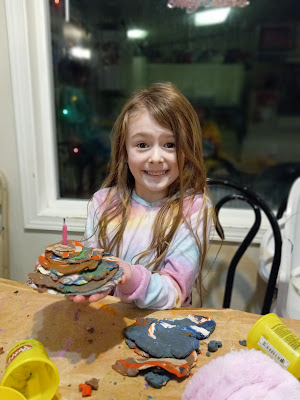 I went home when Izaak got home from work.  The girls and I threw together mac/cheese and ham....for the girls and GG. The boys weren't home or had already eaten; Michael was still on the road. I didn't feel like eating.

We started a Home Alone marathon. When I suggested this, I thought there were TWO movies. ::snort:: SIX????? Ah well...we have made it through Home Alone 4. 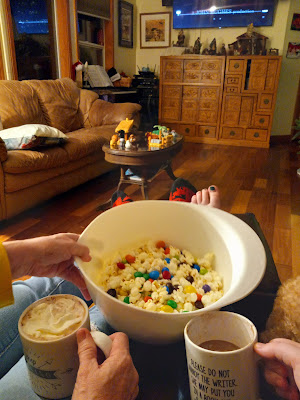 The 4th Day of Christmas draws to a close. 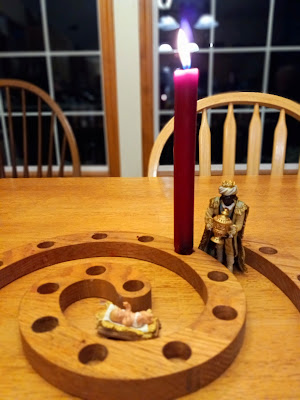