I'm quite certain the storm was expected. However,  I was focused on getting ready for the Christmas Adam Tea today and I was clueless until this morning. We had such a terrible time trying to plan the tea last year...and Bre, Carrie and Larissa couldn't make it to the tea in 2020...We were really looking forward to this year. It looked like everyone but Bre, Bella and Annie would make it. They've had a CRAZY month since Trudy was born.  We bought a teacup and made tea candles to gift everyone, we made candy, baked treats and ordered tea...and we woke up this a.m. to a HUGE, HAIRY, HORRENDOUS STORM.

The Christmas Tea seems fated in Alaska. This is something Mom started, and I want to continue it - but it is proving quite difficult. We waited until 3 p.m. and we simply had to call it. It would NOT have been safe for Krista, Carrie and Larissa to drive out to the Valley.

This storm did NOT drop a lot of snow. We were under blizzard conditions due to the high winds, blowing snow drifts and cold temperatures. Winds gusted to 77mph, temps were -20...and our power went out. Police were stopping people on the road and telling them to go home. Many roads were simply impassable. We didn't get the worst of the winds...even so the line of trees between us and our neighbor is gone.  We had a wooded hedge/trees where the red line is in the photo below. It's odd to look out and see his house, his yard lights instead of trees, and a mountain top. We have a much clearer view of the mountain. When it warms up a bit, I'll have to get out get more pictures. LOL 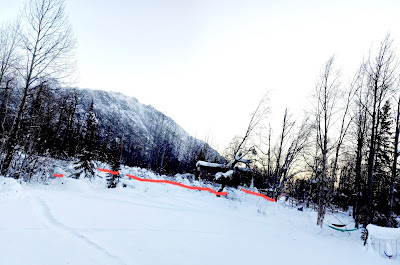 Finally, a weather condition that threw the girls off their laying! They looked at me accusingly when I came into the coop today. No amount of singing caused them to budge from the roost. 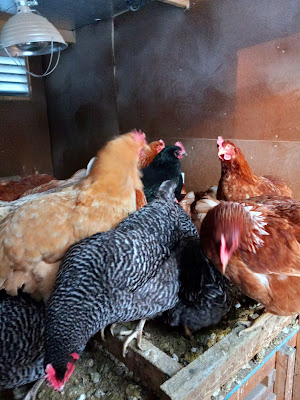 We amused ourselves in various ways on this powerless, windy day...we melted lots of snow.  I found it ironic those who cannot remember to flush the toilet in normal times were the very ones who couldn't remember not to flush while the power was out. ::snort::

Allie loves this spot. She has been enjoying some writing projects during her school break. 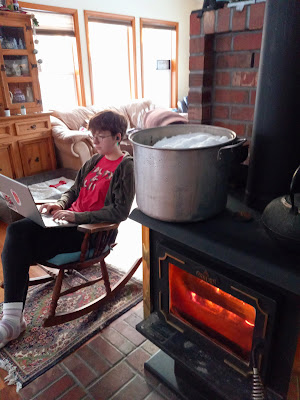 I enjoyed a cuppa tea and scone in the dark...sort of like a Christmas Adam Tea. LOL 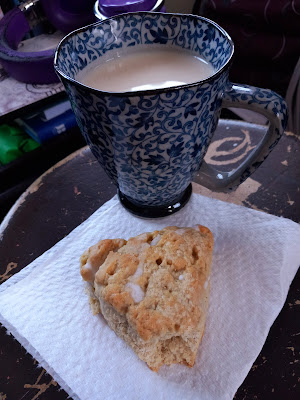 The girls decided to map out a wild mystery story. It was fascinating to listen to their repartee. 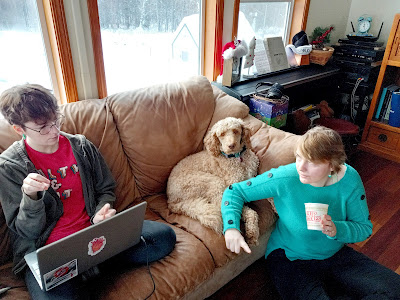 It was a day for wood heat and candlelight. I'm happy with the way our candles look but the scent disappeared. I'll have to do some research before we try again. 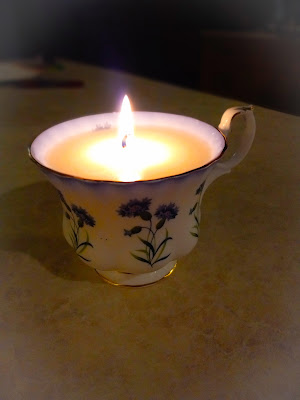 We are so thankful for the wonderful city and borough teams of plowmen...and for the linemen at our local electric association. They worked non-stop for several days to get power back up and roads cleared!  We've lived in several northern locations and this town has the very best services we've seen. Now, I'm always surprised how businesses leave their sidewalks snowed over...but the streets are amazing. It's gotten to be too hard to take Dad downtown in the winter.
We settled in to watch the Chosen Christmas episode when the power went out again. We were prepared this time and transitioned to chatting...

It wasn't the day we planned, but it turned out to be a very good day, nonetheless. We are immensely enjoying our school and ministry break. It does seem everything I planned this year was cancelled...i.e. trip to Washington DC, Christmas Tea...ah well.  Semper Gumby - always flexible. We still have hopes for Hawaii in January.

BTW - 2022 BEGAN with a huge wind storm and it seems it's going to end with one too.